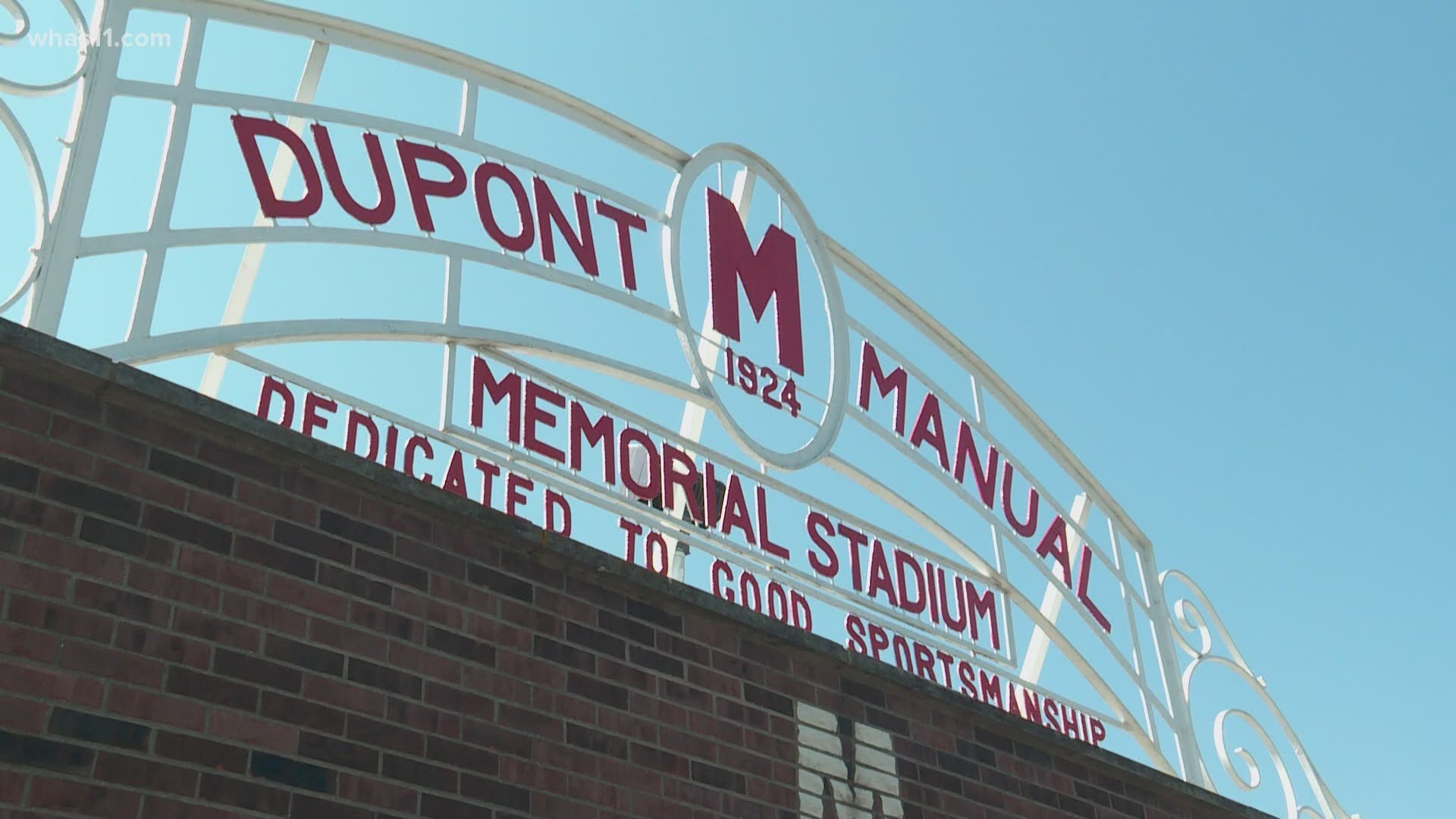 LOUISVILLE, Ky. — The DuPont Manual football team will miss its next two games and will self-quarantine for two weeks after a person with the team tested positive, according to JCPS officials.

Under JCPS and KHSAA protocol, any team with a positive case will need to quarantine for two weeks. According to JCPS Director of Athletics and Activities Jerry Wyman, the players are asked to monitor themselves for any symptoms and if symptoms do arise, JCPS is asking them to get tested. JCPS does not facilitate testing.

"I think the magnitude is that people who have comorbidities, which is a whole bunch of people, including myself, this virus can be deadly," Wyman said. "So we have to do everything we can to protect not only our students but everybody else in the community."

Wyman said he has been in contact with Eastern High School, which was Manual's last opponent, though at this time Eastern is not being asked to quarantine.

The Crimsons were scheduled to play against St. Xavier on Friday and Pleasure Ridge Park on Oct. 16. Both those games have been canceled. According to Wyman, the games could be rescheduled, but at this stage of the season, the chances of that happening are not very high.

Manual will be allowed to practice again on Oct. 20 as long as there are no new cases. Its next game will be against Butler on Oct. 23.

"It's my hope that we get to continue to play, but again, we're just going to continue to look at the data every day and make decisions to keep our kids safe and if that means we have to cancel some games and miss some games, then that's what we'll do," he said.