'We do belong together.' Kentucky high school coach's inspiring message to football players

After Shawnee's athletic director was having trouble getting teams to come and play due to unrest, Jackson Co.'s coach reached out and created a moment to remember. 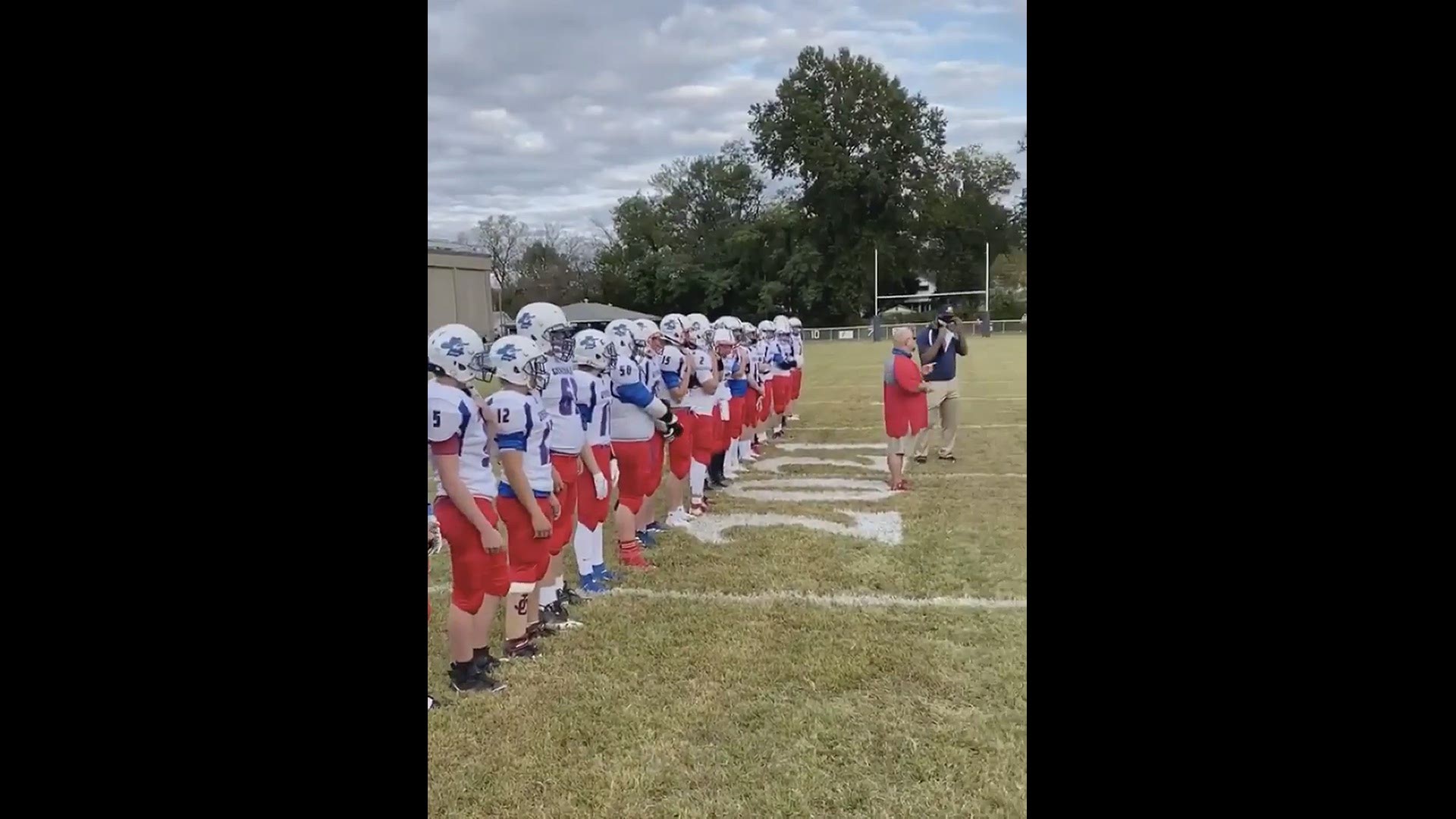 LOUISVILLE, Ky. — As all eyes were on another high-profile football game on Friday night, a moment of solidarity and unity was happening on the turf in the Shawnee neighborhood.

This news made its way 143-miles away in Jackson County in southeastern Kentucky.

When Coach John Hallock heard the news, he wanted to reach out to officials to make something happen. He called Jolly and said his team would love to play against the Golden Eagles because they shared something in common – struggles.

Before the game, Hallock rallied the Generals and the Golden Eagles with a speech that has been widely shared on Facebook.

“We wanted to show support to this community that’s hurting right now,” Hallock said. “We’re in the foothills of Jackson County, but I wanted to let you know something right now – they ain’t got no silver spoons in their mouths. They’ve got struggles.”

Hallock also mentioned how no one ever talks about Jackson County of Shawnee football. He said their purpose was to take two communities from different spectrums to show not only what it looks like to come together, but what it looks like in a common brotherhood.

“For them to come and come into a community that’s hurting right now – you know we know Shawnee and their kids and the community of Louisville right now. There’s a lot of unrest – there’s probably a lot of issues and emotional turmoil they’re dealing with,” Hallock said. “We saw it as an opportunity as they needed a game and we needed a game.”

“It was refreshing to get a team that’s not from the Louisville area that’s not scared to come to the west end and play Shawnee.”

Hallock said in the end, his players wanted to lock arms with the Shawnee players and say a prayer.

COVID-19 restrictions prevented the locking of the arms but not the prayers.