'It would mean the world to them': Male running back powers through tragedy of losing father, brother and more

The Male running back breaks out while remembering multiple lost loved ones. 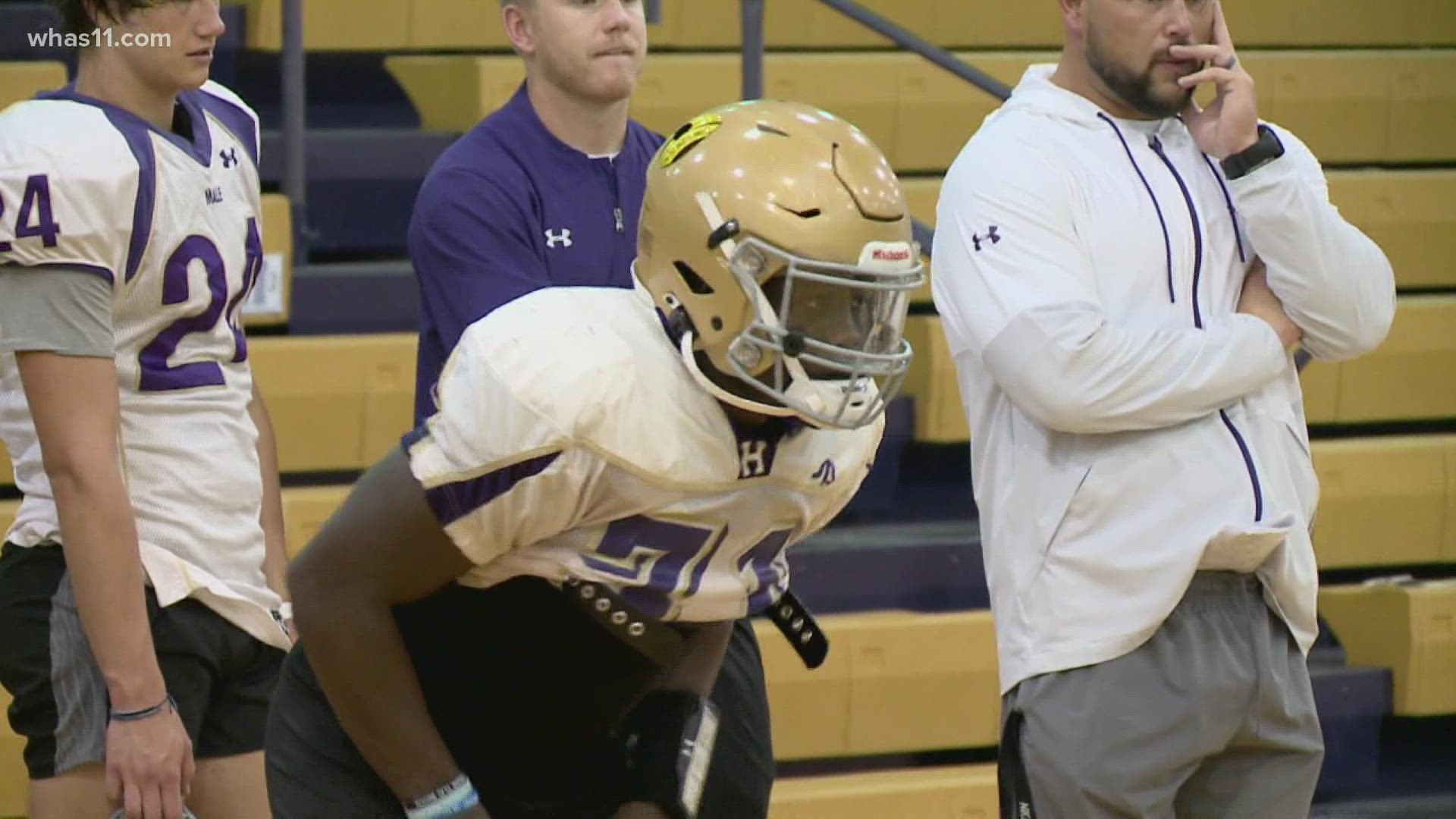 LOUISVILLE, Ky. — The first thing you notice when you watch Male High School running back Daniel Swinney carry a football is his strength.

"I want to run them over," Swinney said.

"He's so big that you don't want to take that away from him," head coach Chris Wolfe said.

Standing at 5-foot-11 and 215 pounds, it is hard to, but as the Bulldogs' breakout running back carries the load for a state title contender, it's the unimaginable emotional weight on his shoulders that shows how strong he really is.

The 17-year-old has already lost multiple loved ones: his father unexpectedly died in 2020 and an older brother, two uncles, an aunt and cousin passed away in 2015.

That earlier tragedy started with a trip to an uncle's house. The family decided to go to the Ohio River for the Fourth of July.

They rented a boat and took it out to watch fireworks for a celebration. He described a trip that went into 9 or 10 p.m.

"And then the waves just started increasing," Swinney said. "We hit the barge under the bridge like two times and that's when the boat went under. And I basically saw him drown with the rest of my family."

Swinney's older brother Mark Swinney Jr. was 14 and the middle child of the three Swinney boys. The incident understandably took a toll on Swinney, who was one of four to make it to safety. He still has random flashbacks of the accident while taking a shower or listening to music.

"I wake up and my brother's calling me," Swinney said. "My cousin's calling me, telling me that my dad passed away."

Mark Swinney Sr. died at the age of 50 due to what Swinney described as heart failure. He said his father did have health issues leading up to it, but said a doctor said he was doing well shortly before his death.

The last thing Swinney remembers saying to his father was telling him good night before waking up to find out he passed away.

"I didn't even get to say any last words to him," Swinney said. "He had my back on everything."

Swinney said he remembers his father giving him the best advice, whether that was in life or on the football field. Losing him drove the junior to his lowest point, so he turned to the only people who could understand losing so many loved ones: his mother and brother.

"He was like, 'I got you,'" Swinney recalls his oldest brother telling him. "'You're my brother. You're my blood. I got your back, me and momma do. You have family with you at all times. So when you just got some of those days where you just can't hold it in anymore, just release it.'"

The gridiron has helped him deal with that grief. This season, he stepped into the starting running back role and Wolfe has noticed a higher level of focus after the team banded together as a support system around Swinney. The longtime Male coach said the young man has dealt with as tough of a situation as anyone he has ever coached.

Wolfe praised Swinney's positivity around the team, as he lifts other players up. It's part of a mindset the running back says has helped him cope and move forward.

So far, Male loves what he's brought on the field, scoring five touchdowns over two wins. Swinney busted loose in the second game as the Bulldogs blasted Ballard 51-14, rushing 24 times for 262 yards.

"It was just a matter of time before he had a game big enough to where he kind of said, 'Hey, this is who I am,'" Wolfe said.

What a dominant start for the @MaleBulldogs. They shut out Floyd Central 49-0. @VinnyAnthony1 takes the opening kickoff all the way. @DanielSwinney8 ran like a truck. Male making a statement to start the year. pic.twitter.com/hrSsJCDSbq

The loved ones he has lost cannot attend every game like they used to, but they pop up during pregame prayers, specifically his father.

"I appreciate everything you've done for me," Swinney said, praying to his dad. "Now, it's time to make you proud."

As the Bulldog carries the load to keep breaking out, he knows how much they would all love it.