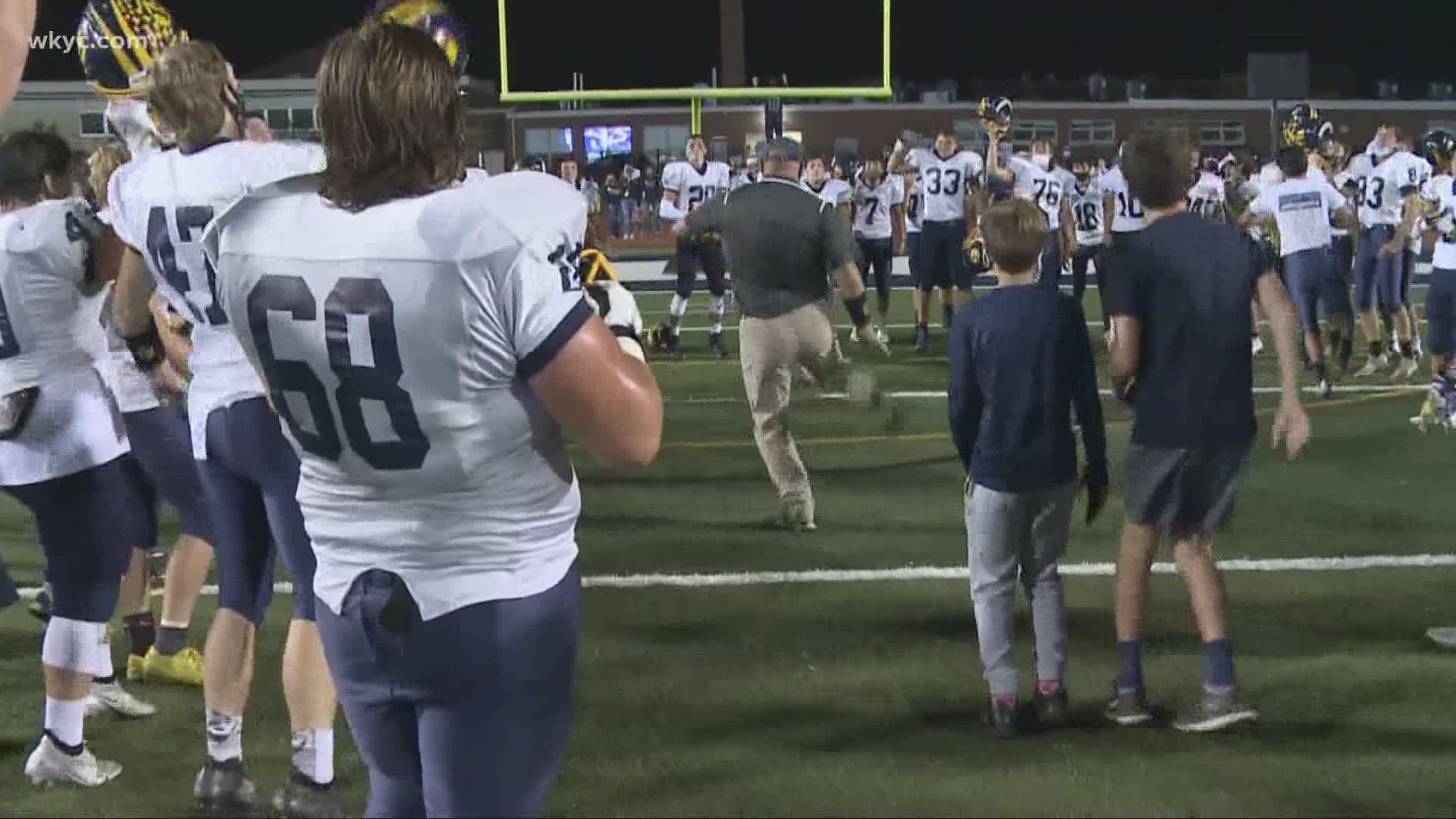 KIRTLAND, Ohio — Let the record show that the Kirtland Hornets aren't just some small-school "cupcake," although many of us already knew that.

Regardless, Friday night's dominating 27-7 win over the Solon Comets in the WKYC.com High School Football Game of the Week only cemented the Division V powerhouse's status as one of the best programs in the state. It was just the second time in program history the Hornets had faced a D-I opponent, and the first meeting between the two schools since 1948.

Quarterback Liam Powers ran the offense like a pro, throwing for two touchdowns to Mason Sullivan and running in another to give Kirtland a 21-7 halftime lead. Senior kicker Mario Rodin added two field goals after intermission to put the game out of reach.

Solon tied things up at 7 early on a scoring grab by Joel Kpassou, but could not get anything going from there. Comets quarterback Pat McQuaide threw three interceptions, including one right before the half as his team was trying to cut into the deficit.

1. In the three years of calling the @wkyc Game of the Week, I don't think I've seen a better performance by a defensive player than what I saw from @GraziaJoey tonight. He made so many open field tackles in run support and added a clutch interception. Bravo!

Kirtland has now won 35 games in a row dating back to 2018, the third-longest winning streak in the nation. They'll take on winless Hawken next week to close out the regular season.

Final: @kirtlandfb over @SolonFBInfo 27-7 in the https://t.co/dQCyysG3wV High School Football Game of the Week @wkyc Hornets avenge 1948 loss and run win streak to 35 in a row. #hornetpride pic.twitter.com/FOwXtDx3Vc

Solon, meanwhile, is now 0-2 after having half its six-game season wiped out by the COVID-19 pandemic. They'll play Medina, one of the toughest teams in the Greater Cleveland Conference, next Friday night.

Both the Hornets and the Comets will make their respective postseasons due to the shortened campaign. Coaches in all seven divisions will vote on seeding next week, before the regular season finales are even played.

Re-listen to Dave "Dino" DeNatale's call of the game in the player below:

In addition, you can get final scores from around the rest of Northeast Ohio below: