Coach Ty Scroggins dropped everything to coach his son at DeSales High School. 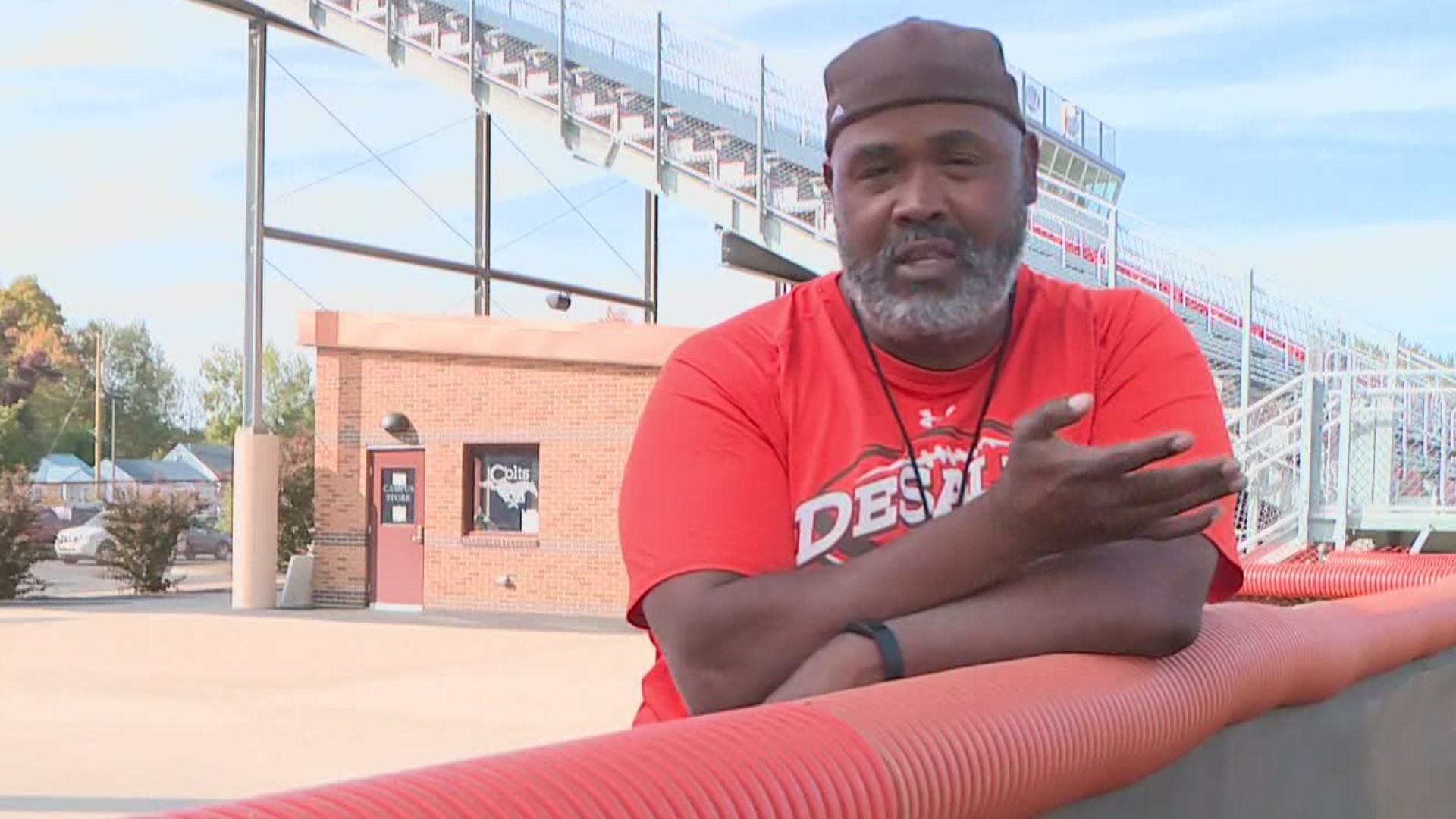 For the last four years, though, he's found himself doing a different job: working with his son.

Jayden Scroggins is the starting quarterback for DeSales High School. His dad followed him on the journey, working as an offensive coordinator for the Colts.

"He's my dad — on and off the football field, he'll help me throughout the game," Jayden Scroggins said.

Though he does not coach his son directly, Scroggins said the bond they have built has grown stronger during their time at DeSales.

"To be able to share the moments of success and the moments of failure, and I think that's been the best thing I could've ever done," Ty Scroggins said.

Watching his boy grow from the sidelines instead of the stands, Scroggins said he's most proud of the leader his son has become.

"Being able to see your son just develop as a football player, develop as a young man, grow up from a little kid from no hair on his face, now he's got a full beard, it's been a joy for me to watch," Scroggins said. "And have more of a voice of his own, not daddy's voice, not Coach Scroggins' voice."

Jayden said he's also working hard for his dad, hoping to give his father one more trophy — something the entire team is striving for.

"Watching him coach and win state championships, I'd really like to win one with him," Jayden Scroggins said.

Scroggins has also been putting in the work off the field while at DeSales, creating the Kentucky Minority Coaches Association earlier this year.

RELATED: CAL vs. DeSales postponed due to COVID-19