"They told me that I probably wasn't going to be able to play any contact sports," Braiden Murphy said. 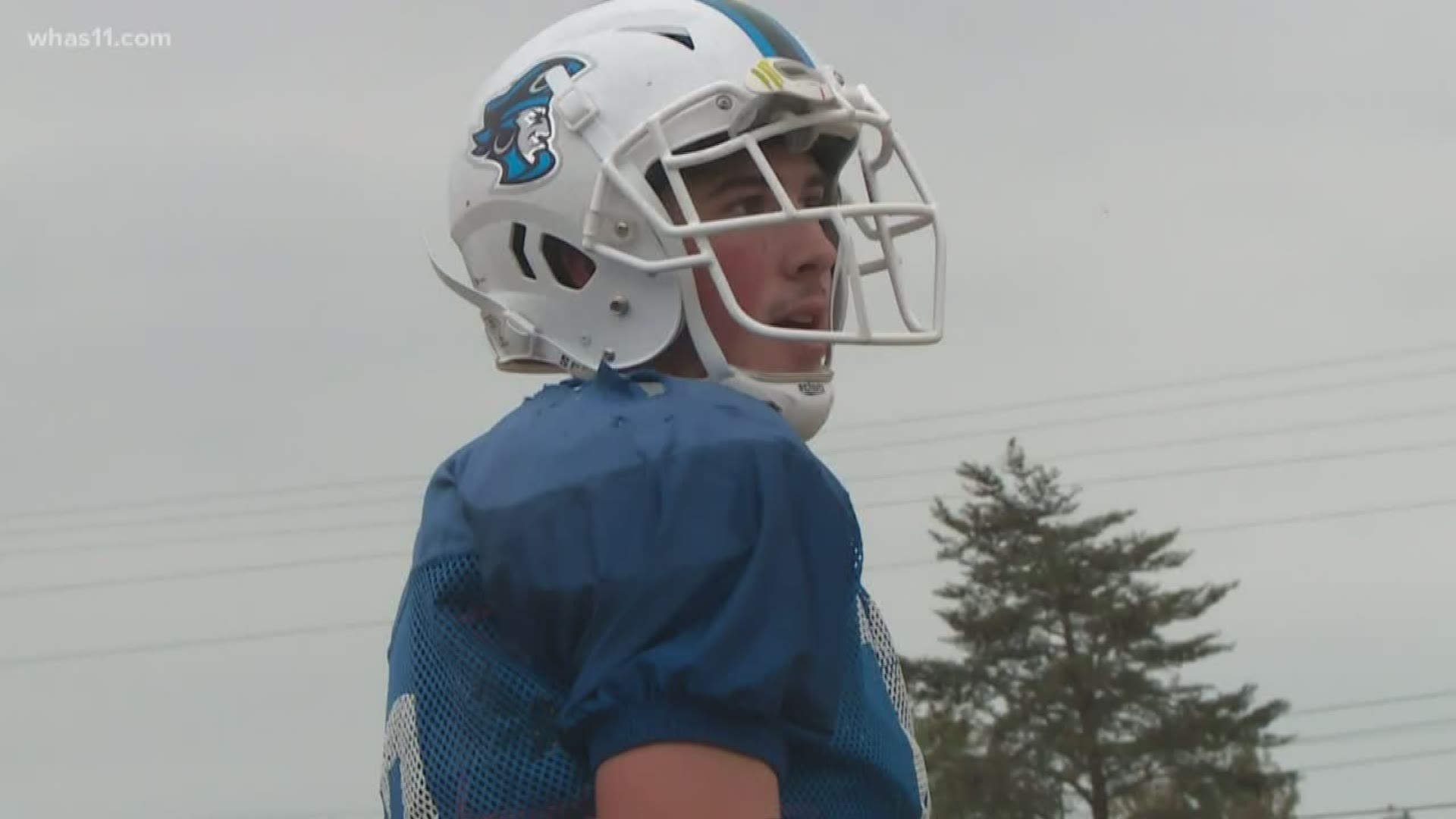 "Ever since I was young I just knew I wanted to be a part of a team, play and have fun,” the Charlestown senior said with a smile.

However, there were always some limitations for Braiden when it came to playing sports. In fifth grade, he found out that he had a significant heart disorder.

"My heart, my aortic valve leaks blood,” Braiden explained. “Like, it goes back into my heart which causes my heart to get bigger."

So Braiden kept on playing football, basketball and baseball – and eventually became the starting quarterback for Charlestown High School.

But then, last spring, it all came to a halt as Braiden’s heart finally couldn’t go on as-is any longer: he needed open heart surgery.

"They told me that I probably wasn't going to be able to play any contact sports," Braiden said.

Suddenly, with the football field, basketball court and baseball field off limits, Braiden had to find something to get excited about and pass the time. So, he picked up a new hobby and rolled with it.

"I quit basketball and picked up bowling,” he said simply. “I went almost every day and I got pretty good.”

Braiden joined the Pirates team and worked hard to improve his technique and score leading up to the surgery. Then, six weeks after his open-heart procedure, Braiden went in for a check-up and got some unexpected news.

"All of a sudden, [the doctor] said everything is fine,” he exclaimed. “Like, my bones healed up, my sternum is fully together, and I could get hit and stuff! It was, I can't even explain it. It was such a great feeling. It brought me to tears.”

As luck would have it, Braiden’s news came on the same day as the Charlestown football spring scrimmage. He got the necessary paperwork, jumped in the car with his stepmom and headed to the game to tell head coach Jason Hawkins the good news.

On the way, he made two phone calls: one to his father, and one to his mother.

"I was just so happy for him,” said Amber. “I felt like he could really have his dreams come true."

A few months later, Braiden began his final year of high school back on the football field, giving his whole heart to the team and the sport he loves.

And he said the ups and downs of the last year have taught him some valuable lessons.

"Never give up and just persevere through everything,” he said. “No matter what happens, there's still a bright side to things. There's still positivity. You've just got to have a positive mindset.”

While Braiden is overjoyed to be cleared for football, basketball, and baseball this senior year, he is still very much dedicated to bowling – and hopes to play collegiately for the University of Louisville. That is the final lesson he’s learned this past year: sometimes, when it seems like dreams disappear, they just take a new shape.