Fellow Butler student, Madelynn Trout, was killed in a wrong-way crash in March. The cheerleader was close with many of the members on the softball team. 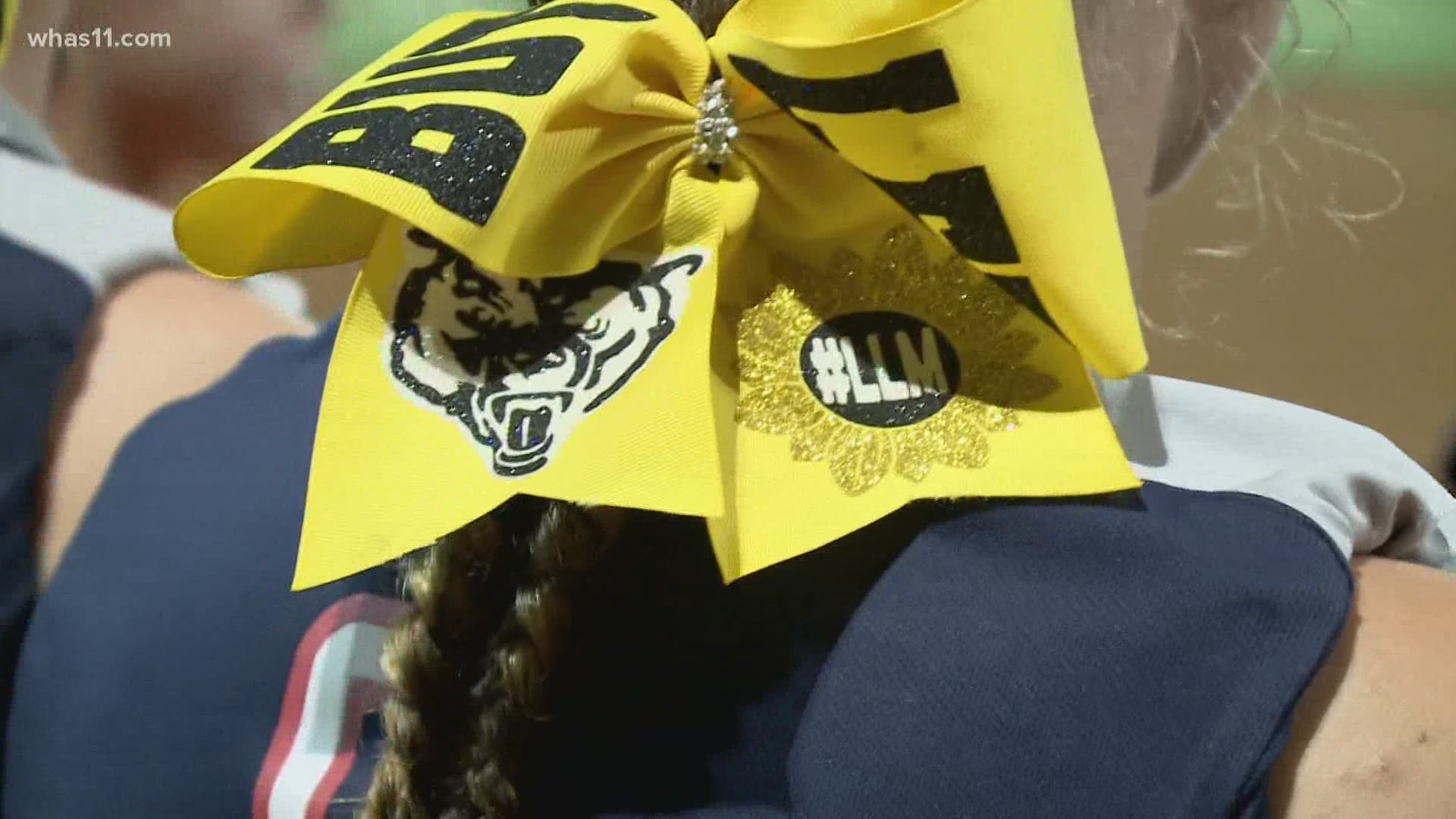 LOUISVILLE, Ky. — As Butler High School softball clinched a third straight Sixth Region championship, the triumphant feeling was all too familiar. But this time around, the Bearettes carried a little bit more.

"It's honestly the greatest feeling in the world,” Butler senior Sadie Werner said. “If it wasn't for all of us, we wouldn't have made it."

And that includes those watching from above.

"This one is a lot more special because we lost a friend recently,” Butler junior Emily Williams said.

That friend was Madelynn Troutt, a 17-year-old Butler cheerleader. She was killed in a head-on car collision on March 1. Troutt was very close with the Butler softball team.

"She is such a big power in our play and in our team,” Williams said “And if it weren't for her, we would not be here."

"She hasn't stopped crossing our minds,” Werner said. “Every single game, we pray in her name and we just know that she's here with us."

You can see it in the bows in their hair. They’re branded with, “#LLM.” It stands for, “Live Like Madelynn.” Others on the team wear sunflowers in their hair. Troutt decorated with them and the flowers burst like her bright personality.

"I mean, I've got her bracelet in my pocket,” Williams said. It says, “Madelynn.” Then, there’s a phrase: “Stand tall and face the sun.”

As Butler was on its way to an 8-0 victory over Bullitt East for another region title, Werner stepped up to the plate to stand tall.

“It’s kind of funny because the sun was right in her face,” Butler head coach Brittany Braun said.

So, the senior faced the it, launching a three-run home run to score the final three runs of the win.

"I was like, that's all her right there,” Braun said, speaking of Troutt.

"I knew that she and my aunt were with me during that hit, Werner, who also lost an aunt in Angel Rankin last summer, said. “And as I was rounding third, I felt them right there with me."

They’ll come along next to the state softball tournament. But no matter what, Troutt’s special spirit has inspired a special team.

"We do everything for her,” Williams said. “And this region tournament is her.”