"I have been waiting years to witness Castroneves win his 4th and man was it worth the wait." Social media users sounded off on Castroneves' historic win Sunday. 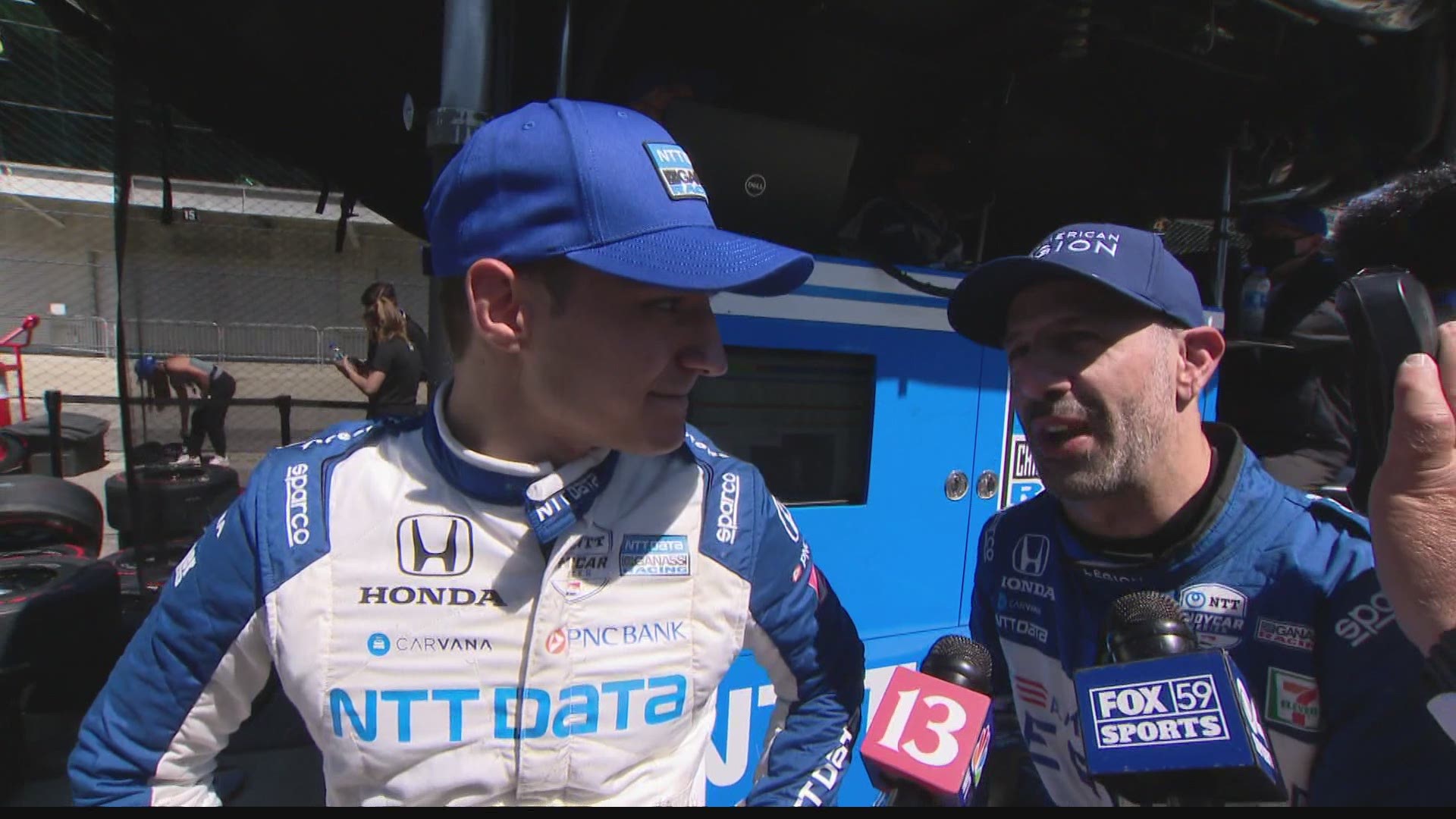 When the perennial fan favorite took to Victory Circle, he gave immediate thanks to the crowd of 135,000 people cheering his victory inside IMS.

Those packed inside the Brickyard, the most amount of people at a sporting event since the pandemic began, weren't the only ones cheering his victory.

Fans across the world were sending love right back to Spider-Man online.

I have been waiting years to witness Helio Castroneves win his 4th and man it was worth the wait. #Indy500

There a very very few drivers in racing that are as exciting @h3lio My goddess, how exciting! #Indy500

..and also relished this sweet moment between Mario Andretti and Castroneves after the race.

Race fans also pointed out that while the amount of young talent in the field dominated conversation before the race, it was fitting the 46-year-old Castroneves came out on top.

Castroneves is the fourth driver to win the Indy 500 after turning 46, alongside Al Unser, Bobby Unser, and Emerson Fittipaldi.

Let's remember that @h3lio didn't have an indy drive this year until the indy 500. He is 46 years old ,no one expected him to beat the young racing drivers
Yet he did
What a man 🔥🔥🔥🔥😭#Indy500

Fans also praised the nature of the race itself, which was marked as the fastest-ever in Indy 500 history.