Michael Gallup's sensational touchdown reception was the play of the night on MNF; but even Gallup's mom was asking more about the cat than his TD 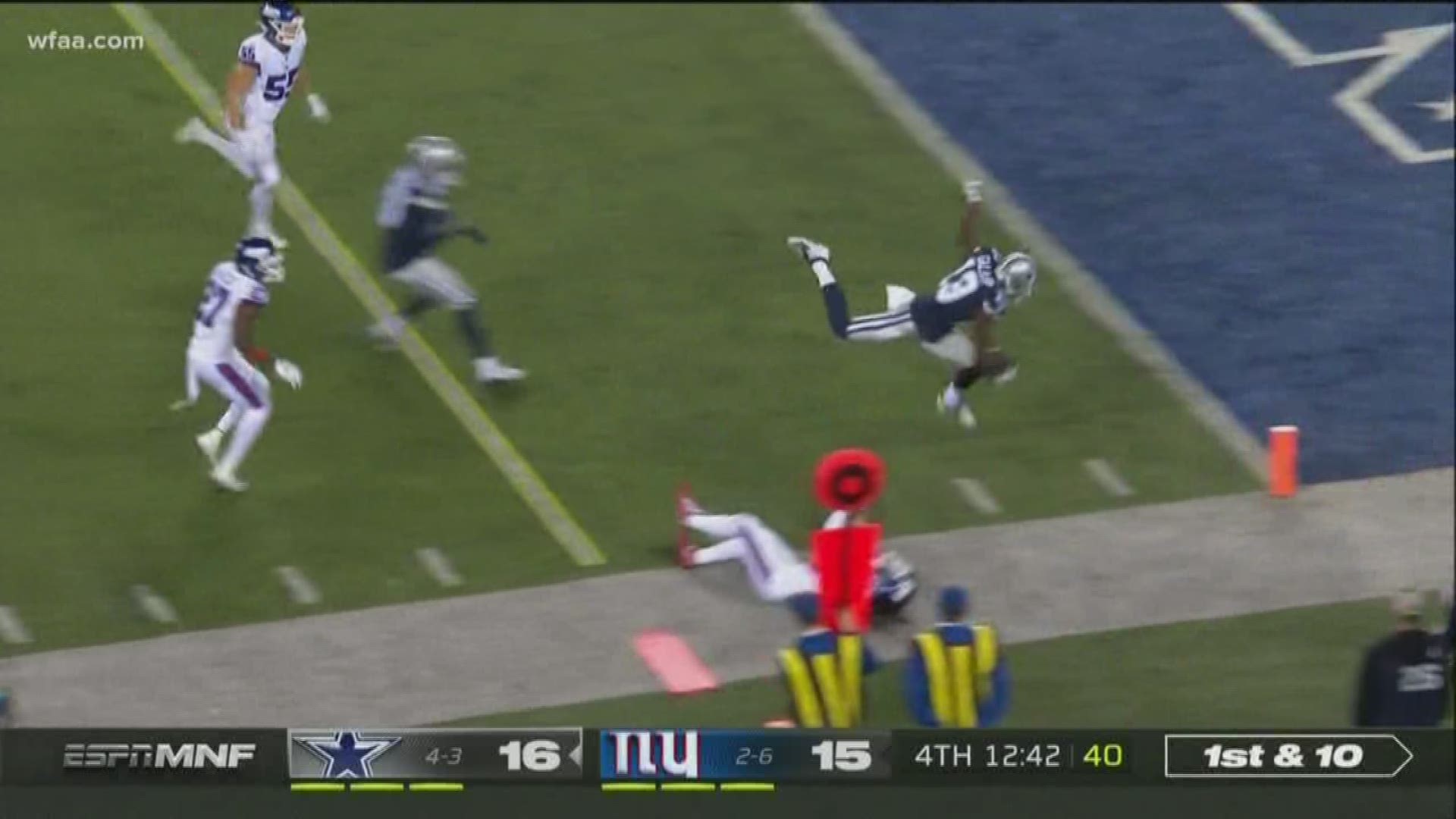 FRISCO, Texas — It was the play of the night.

"I just saw it in person," Dallas Cowboys right guard Zack Martin said. "And it was pretty impressive from there."

But whether you saw wide receiver Michael Gallup's touchdown in person, or on the myriad of replays ESPN showed on the pylon cam, Gallup's leaping touchdown over defenders, tight-roping the sideline, and diving for the end zone, wasn't even good enough to be the moment of the night.

"Really, I've just been seeing the cat, though," Gallup said with a laugh, Wednesday in the locker room. "Everybody's been worried about the cat.  But nah, but I saw it. It was pretty cool to see. You know, I really didn't even think I got that high."

Now, the rest of the world getting distracted by the cat? That's understandable. But Gallup's mom should be focused on him, right?

"My mom hit me up about the cat," he said, as the media gathered at his locker room laughed along with him. "She was like, what was it doing out there. And I was like I don't know, mom. Want me to go get it?"

A reporter joked he should have asked her if she saw his catch.

"Hah, yeah, she was like 'that's how you were when you were running from getting a spanking' or something like that. So, yeah, mom's always got jokes."

Gallup's production this year has been no joke, though. Despite missing two games due to injury, he's on pace to exceed 1,000 receiving yards in his second NFL season.

"I think he already has," fellow receiver Randall Cobb said. "I don't think that particular play is gonna show it any more than some of the other plays he's already made this season. It's just consistency, making sure he continues to do that, and show that game in and game out."

Just watch for cats next time...