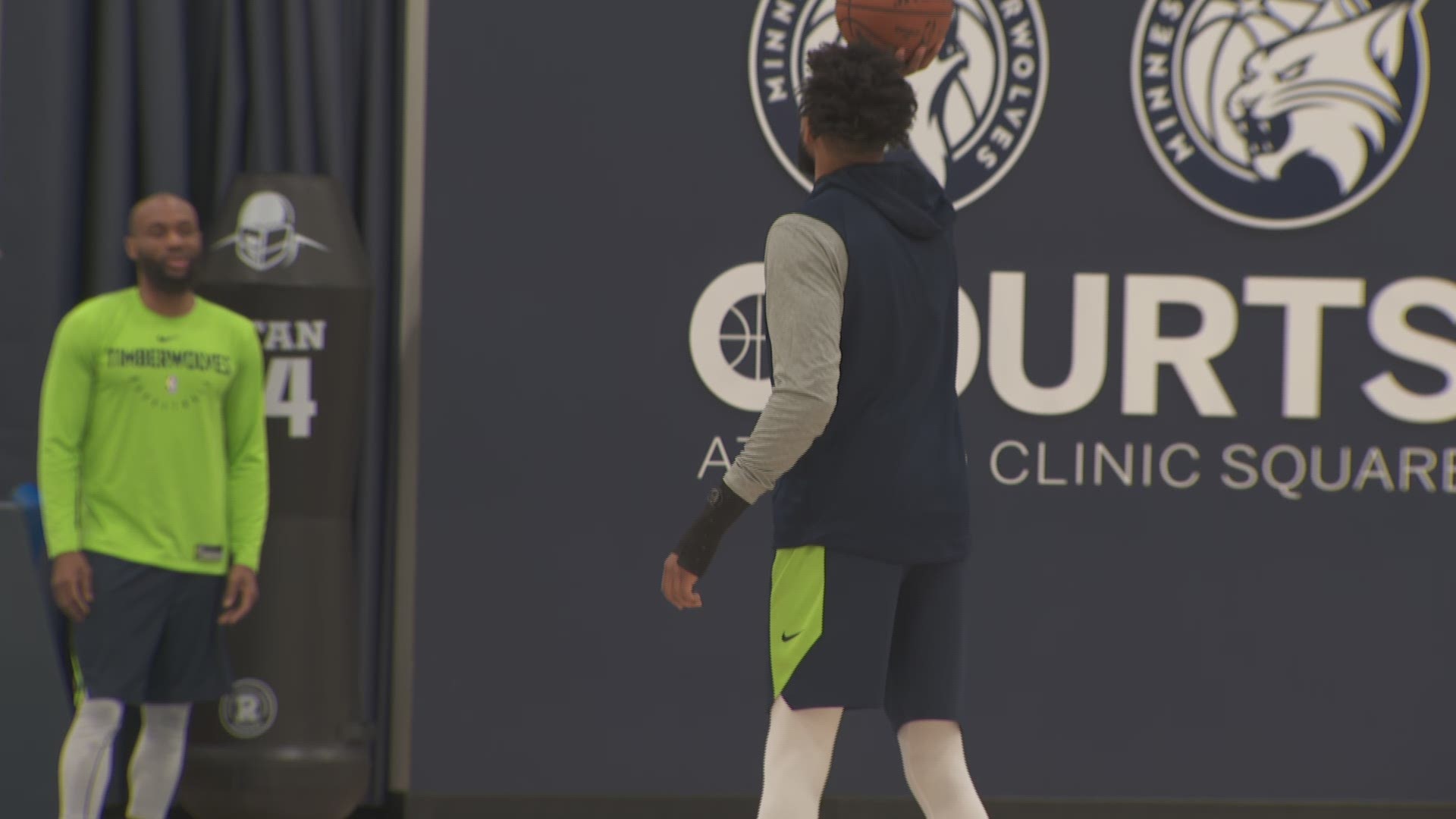 This comes a few weeks after the Minnesota Timberwolves center personally shared his story of how the virus was affecting his mother Jacqueline Cruz Towns.

“It’s been difficult for me and my family to say the least,” Karl said in the video posted on March 24.

Jacqueline, he said, had been in a medically-induced coma to help with her treatment. He confirmed that since that day, he hadn't been able to speak with or communicate with her -- just receiving updates on her condition.

A spokesperson for the family released a statement Monday afternoon:

"The Towns family is heartbroken by the untimely passing of Jacqueline Towns due to complications as a result of COVID-19," the statement reads. "Jackie, as she was affectionately known among family and friends, had been battling the virus for more than a month when she succumbed on April 13th.

"Jackie was many thing to many people - a wife, mother, daughter, grandmother, sister, aunt, and friend. The matriarch of the Towns family, she was an incredible source of strength; a fiery caring, and extremely loving person, who touched everyone she met. Her passion was palpable and her energy will never be replaced.

"The Towns family is extremely grateful for the outpouring of love and support they have received during this very difficult time. They would like to thank the medical warriors as Penn Presbyterian Medical Center and JFK Medical Center, who fought for Jackie day in and day out, and helped Karl Sr. recover from the same virus that took Jackie's life.

"The family is devastated by their tremendous loss, and respectfully requests privacy in this time of great mourning."

“The Timberwolves organization is incredibly sad to hear of the passing of Jacqueline Towns due to complications from COVID-19. In the four-plus years we were fortunate to know Jackie, she became part of our family. Her passion for life and her for family was palpable. As Karl’s number one fan, Jackie provided constant and positive energy for him and was beloved by our entire organization and staff at Target Center as she supported her son and the Timberwolves.

The League, teams and players have come together in their support of Jackie and Karl and were grateful for our NBA family. We would like to thank the doctors, nurses and medical personnel who cared for Jackie during her illness and all of Karl’s fans who sent their support this past month.

Our deepest condolences go out to Karl and his family during this difficult time.”

Credit: AP
Jacqueline Cruz, the mother of the likely No. 1 NBA draft pick, Karl-Anthony Towns, gets a make-up touch-up in her New York hotel room before the draft, Thursday, June 25, 2015. With only hours to go before Thursday's NBA draft, she slid on a brand new pair of black stilettos, smoothed out her loose, fancy pantsuit in the lucky shade of Kentucky Blue and spoke confidently of her youngest child's ability to navigate what's to come in the big time. (AP Photo/Richard Drew)

Karl has also received support from former teammates and staff at the University of Kentucky.

"We are devastated for @KarlTowns and his family. Ms. Jackie was a ray of sunshine and Karl's No. 1 fan. Our thoughts and prayers are with Karl and the entire Towns family. #BBN, please keep them in your thoughts."

John Wall, another former star at UK and Washington Wizards star sent out his support to Towns.