Sutton coached at the University of Kentucky from 1985-1989 reaching the NCAA tournament three times. 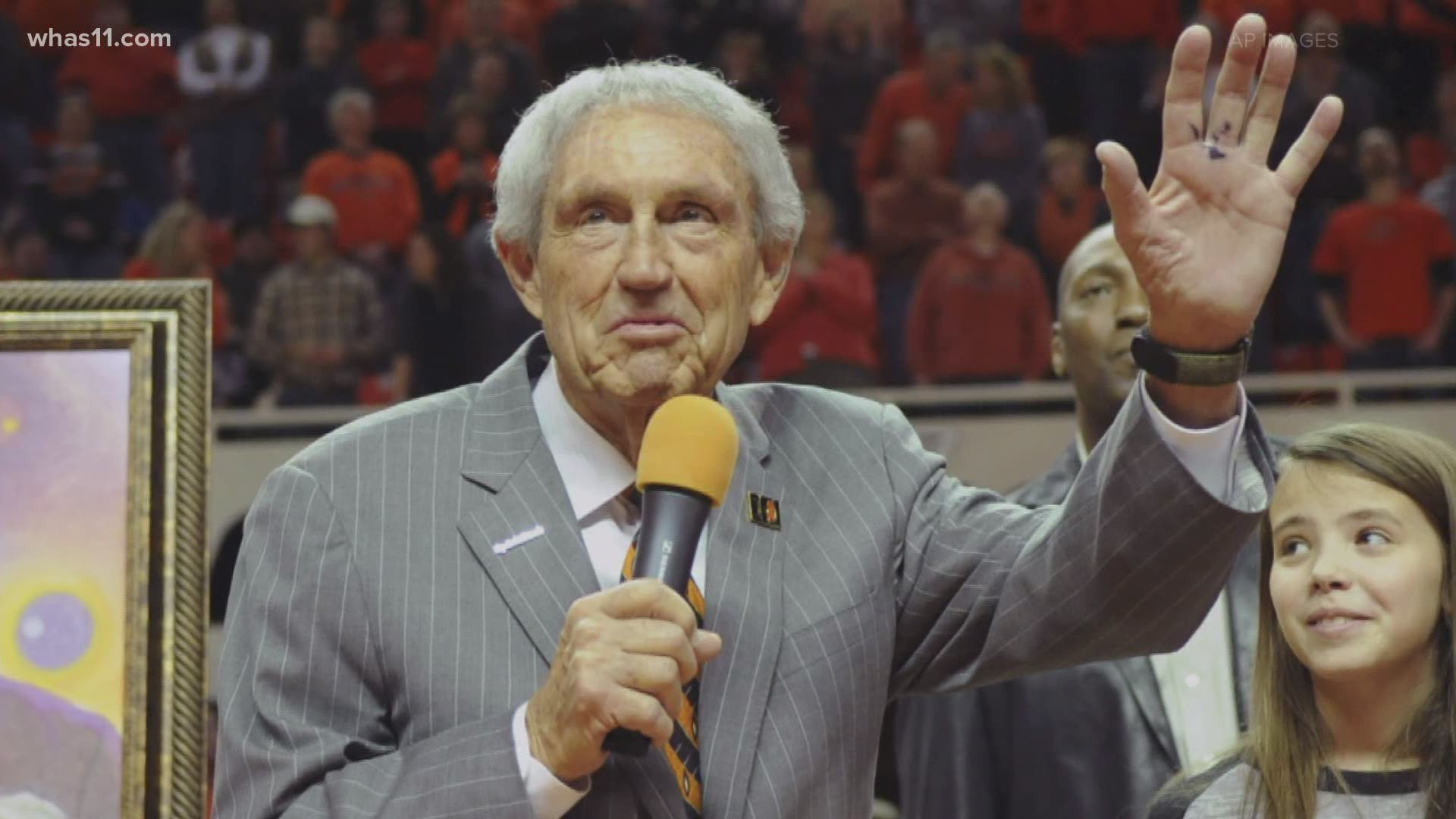 TULSA, Okla. — Hall of Fame basketball coach Eddie Sutton has died. He led three teams to the Final Four and was the first coach to take four schools to the NCAA Tournament. He was 84.

Sutton coached at the University of Kentucky from 1985-1989 reaching the NCAA tournament three times.

Sutton’s family said in a statement Saturday night he died of natural causes at home in the Tulsa, Oklahoma, area, surrounded by his three sons and their families. Wife Patsy died in 2013.

Sutton was elected to the Naismith Memorial Basketball Hall of Fame on April 3 after going 806-328 in 37 seasons as a Division I head coach - not counting vacated victories or forfeited games -- and made it to 25 NCAA Tournaments.