The Colts and Tigers continue to work out as they wait for a plan. 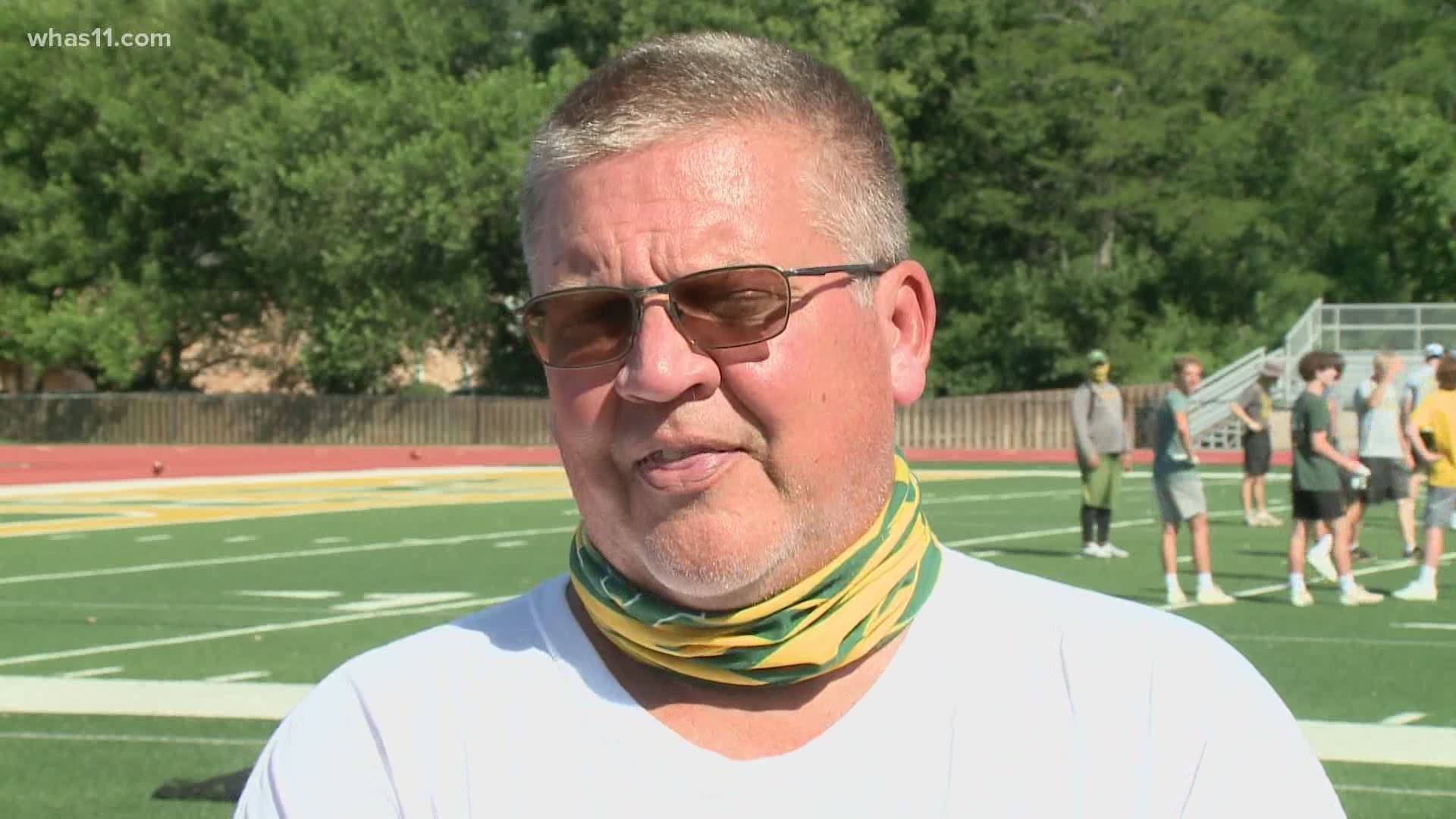 "You talk to them about being on the field and responding to adversity the right way," Wallace said. "It's no different."

The Tigers and other teams continue to go through voluntary workouts while the Kentucky High School Athletic Association works out a plan. Right now, the KHSAA has recommended a limit of six hours per week per student-athlete for these sessions, which are non-contact and limited to groups of 50 people or less. Mandatory tryouts and practices can't be held until August 3.

That might mean a later start for a season, as high school football games are scheduled to begin on August 21, but DeSales High School head football coach Harold Davis said it doesn't mean a change in approach.

"If you've done your job in terms of your meetings and the time that you've been given to this point, I think it's not a matter of knowing what to do as it's just making sure our bodies are ready for the contact," Wallace said.

No matter what ends up happening, the game plan for both coaches is to keep preaching positivity.

"I think Kentucky's doing a good job as far as keeping it under control and hopefully they come up with a plan where we can have a season, whether it can be limited with games or all that," Davis said. "If we start late, that's fine."

RELATED: WNBA season scheduled to tip off on July 25