DeSales football pushing through adversity ahead of new season 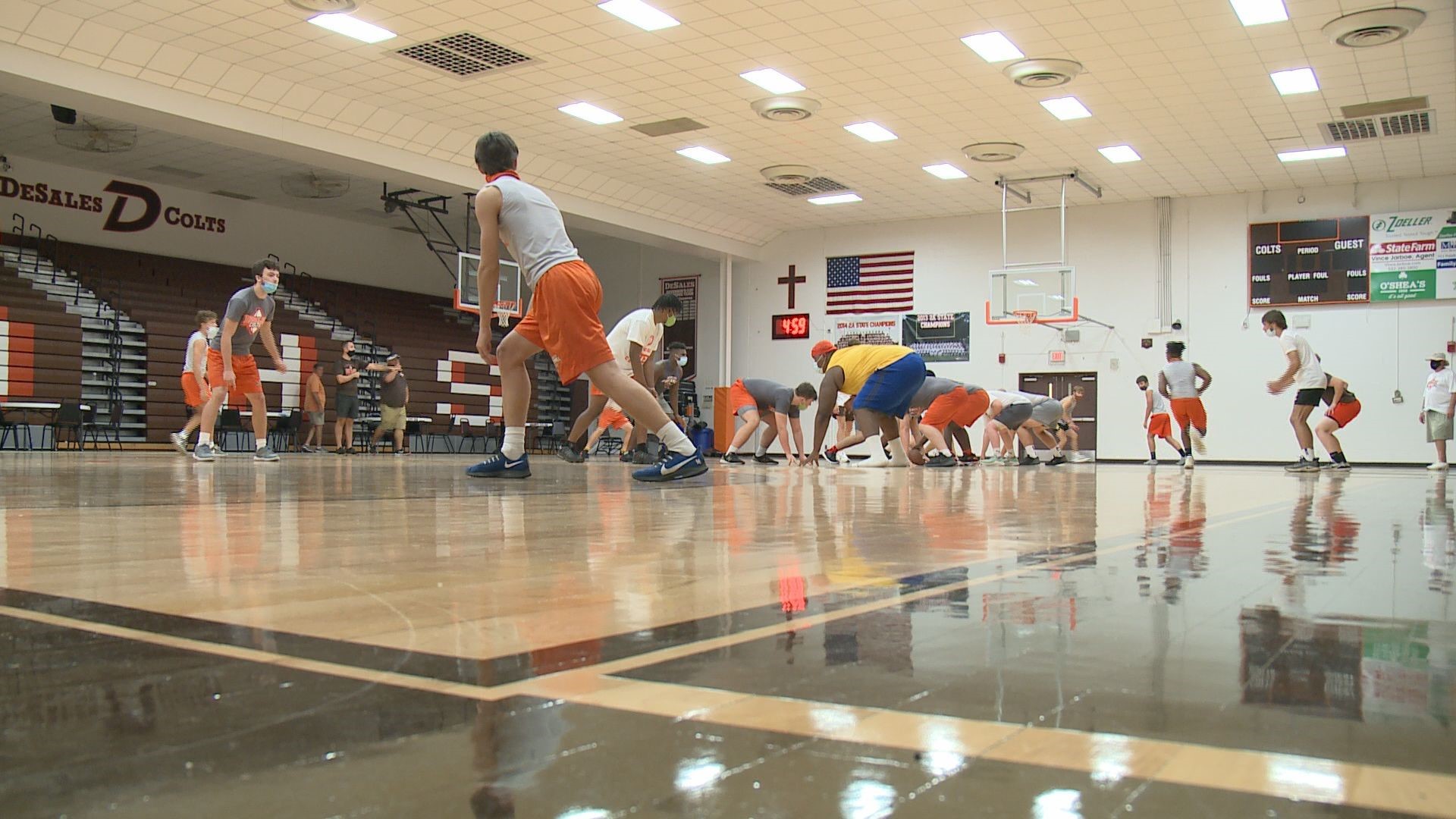 LOUISVILLE, Ky. — When you walk out of the DeSales High School football locker room, you're met with a quote hanging on the wall: "Today, you either get better or you get worse. You never stay the same."

"Things are going to happen that are out of your control," DeSales interim head coach Wes Rogers said. "You have to roll with the punches and do the best you can to recover."

The Colts have learned that all too well over the past year. Like many other schools, they pushed through last season while playing in the middle of a pandemic.

"We went three weeks without playing a game," Rogers said.

Then, in February, the team lost legendary coach Ty Scroggins. He was a DeSales assistant for four seasons who passed away due to COVID-19. Scroggins previously won five state championships as a head coach at Central High School.

"I don't think we'll ever get over it," Rogers said. "As a matter of fact, we have a locker with his picture on it and some articles about him. That locker is not going to be used for a while, at least as long as any of us are here."

This is a touching tribute in the @DeSalesColtsFB coaches room. It’s the locker of the late Ty Scroggins featuring various @courierjournal stories on the legendary coach. pic.twitter.com/8sqppesubA

Finally, 18 days before the Colts commence their 2021 season against Central Hardin on Aug. 20, they learned they would need a new head coach. The school announced on Aug. 2 that former head coach Harold Davis stepped down to lead the new Midwest Spring Football League program at Bellarmine University.

"It's kind of devastating," senior running back and linebacker David Griffith said.

"We don't hold anything against him for doing it, because it is a tremendous opportunity," Rogers said. "For him, it was almost something that he had to do."

Davis won back-to-back state titles in 2013 and 2014 while leading his alma mater. He was 94-23 over nine seasons. And after he decided to leave, Rogers said Davis sent a text to the rest of the Colts' coaches to convince them to stay.

"He wanted this thing to hold together," Rogers said. "To do it for these boys. Because he loves these kids. And he loves the school. I actually took a couple days off to decide what to do. And after getting coach's texts and talking to my wife, she said, 'You need to get your fat rear back over there and help those boys.'"

So Rogers took the reins as interim head coach for what he said will be his 35th and final season, planning to retire at the end of it. And the assistants, like offensive line coach Aaron Dauenhauer, went to talk to the kids.

Seven assistants ended up staying, following the lead of Rogers. Dauenhauer actually played for him and has been impressed with how the veteran coach has embraced this role.

"He should be a Louisville legend," Dauenhauer said. "He's 100% about the kids, which is what everything's about."

"We got people that care about us," Griffith said. "And someone's going to stick by us."

They also have something else.

"I like that we have a chip on our shoulder," Griffith said. "We've never really had that."

"A lot of people are throwing dirt on us already because coach [Davis] left," Rogers said. "But we've got players."

"It gave us a blue-collar mentality," Griffith said. "We're just going to keep going and we're going to prove them wrong."