The Lady Tiger guard is the Fifth Region Player of the Year. 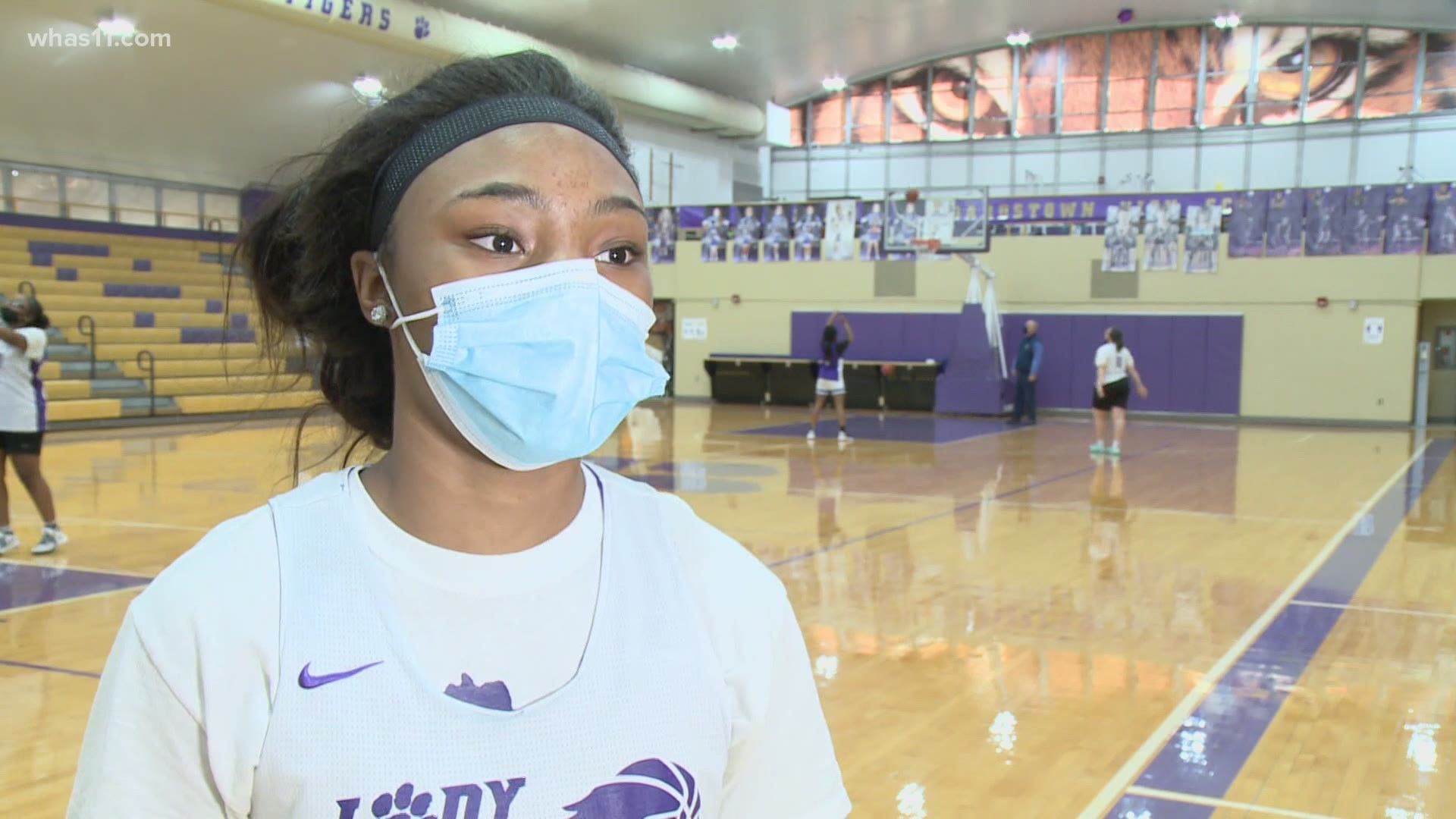 All of that was much tougher for the junior last season, when she suffered a serious concussion. She was playing a Christmas tournament game and fell going after a loose ball, hitting her head and landing on her temple. It knocked her out for two and a half months, as she failed multiple concussion tests.

"I've never had anybody miss that much time for an injury," Bardstown head girls basketball Coach Amber Courtney said.

"I would say the hardest part was staying positive," Cotton said. "It was just really hard to stay positive and open-minded throughout the process."

It was even more difficult when she was struggling with the trait every true point guard values: vision.

"My vision was the hardest part to get back because everything was blurry and bouncing," Cotton said. "I thought the ball was closer than what it was or farther away. So it really did take some time and patience."

Once Cotton was finally cleared, she started feeling like herself again after being able to fully practice. A court has always been another home, going back to when she played with all boys at three years old and picking up the sport more with her dad.

"We've been around her since going into the fifth grade," Courtney said. "And she just always had that real strong work ethic. She wanted to be in the gym. She wanted to work on her game. She was always looking to make any skill better.”

That's helped the Lady Tiger break out at Bardstown. Cotton is the Fifth Region Player of the Year, ranking ninth in the state in scoring at 22 points per game.

The junior thinks she's improved as a leader, hitting clutch shots when needed. But she saw a jump in her game coming after summer competition that saw her hang with older players on their way to traditional powers like UConn and Notre Dame.

"Once I knew I could go up against those girls, I knew I was good," Cotton said. "I would say that's the main thing. I always tell my teammates confidence brings the whole game together."

"Her leadership and the things that she's able to do for her team on the floor, she stacks up against some of the best," Courtney said.

Now, Cotton wants to carry that a step further and lead Bardstown girls basketball to its first-ever Sweet 16. Her vision moving forward to do it is clear.