The announcement of cancellation comes after a press conference held by ACC Commissioner John Swofford, who said the situation of holding games was "fluid." 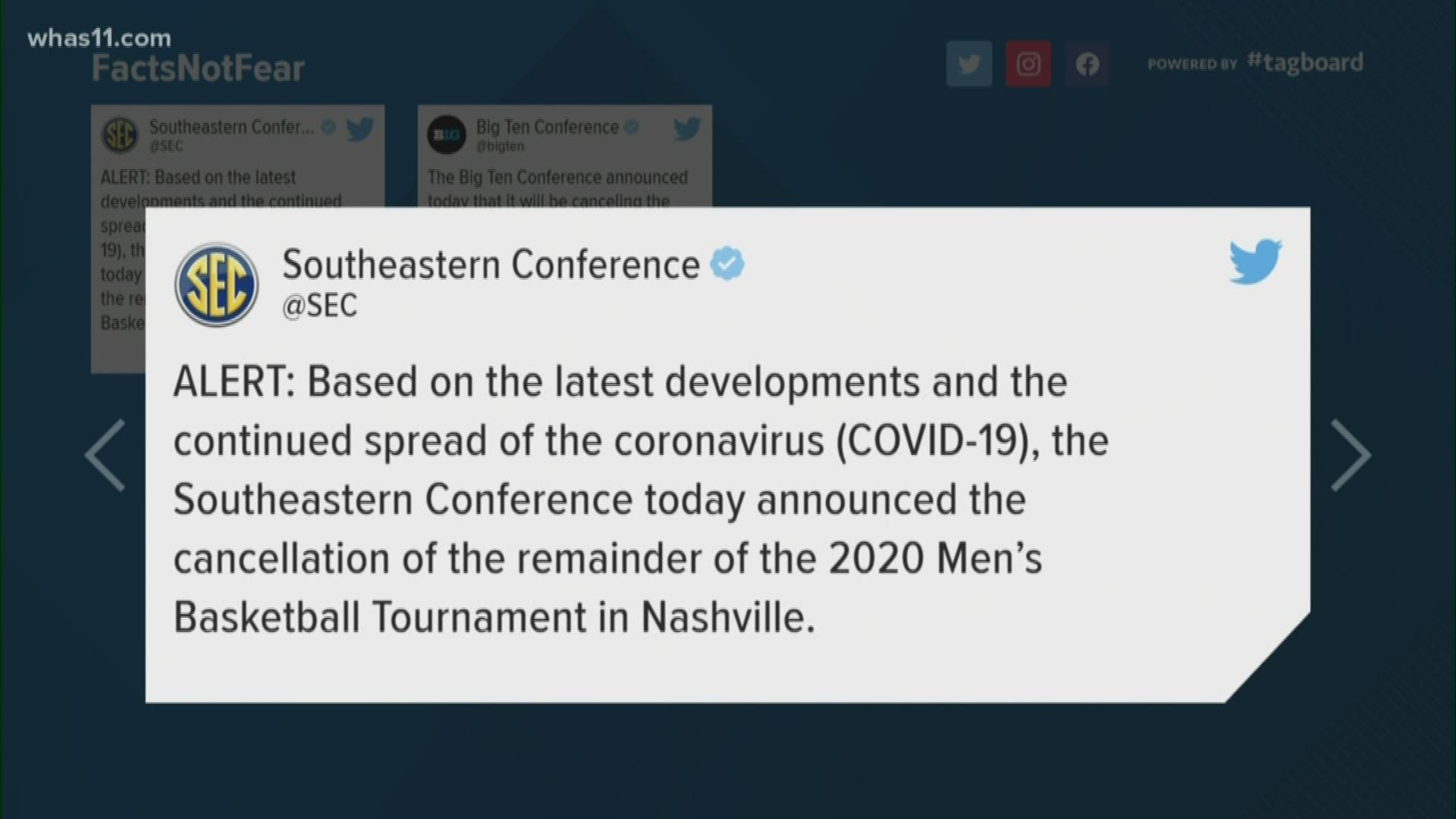 LOUISVILLE, Ky. — The ACC Tournament has canceled the remainder of games, per the ACC Official Twitter account. This decision comes on the heels of a number of other conference tournaments cancelling their games amid coronavirus concerns.

"Following additional consultation with the league's presidents and athletic directors, and in light of the continue conversations surrounding the fluidity of COVID-19, the Atlantic Coast Conference will immediately cancel the reminder of the 2020 ACC Tournament," the conference said in a statement.

The conference said No. 4 Florida State will represent the league as ACC champions in the NCAA Tournament.

Swofford held a press conference earlier Thursday, in which he said the games would be played but the situation remained fluid. The conference says they are disappointed for the student-athletes, schools and fans but overall health and safety are a priority.

No. 15 Louisville was scheduled to play Thursday at 9 p.m.