Peyton Manning recalls why he wanted to come to Tennessee

Manning will be inducted into the College Football Hall of Fame in December and Saturday he will be honored with an on-campus salute during the Tennessee-Georgia game. 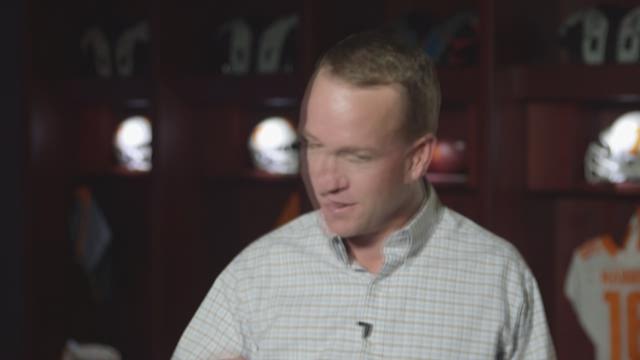 Peyton Manning is back in Knoxville for the weekend. He stopped to eat lunch with his dad, Archie, and his old coach, Phillip Fulmer at Copper Cellar, the same place Peyton dined on his official visit to Tennessee during an ice storm in the ‘90s.

He reminisced about the visit with Archie and Fulmer.

“Horrible weather, didn’t get to see the stadium," Manning said. "I just met great people on my visit. I remember, I’d just come from Ole Miss to Knoxville and then I honored my commitment to visit Florida the next weekend, but I left here saying, ‘I think this where I’m going to go unless I have this changing event down in Gainesville, this is probably where I’m going to go.’ Just because of the people I met here. Students and student-athletes and staff and coaches."

"When my brother Cooper went to Ole Miss on football scholarship, he had that neck injury, had to stop playing, he was in the right place for him. He couldn’t play football anymore but he was in the right place for him and he went on to become a social legend at Ole Miss, if that makes any sense to anybody. He was happy and really that’s the approach anybody who’s playing football should take. If football doesn’t work out, am I going to be in the right place school wise, socially, academically and that’s just what I felt about Knoxville. I wanted football to work out but I wanted to come here and get a great education and play college football and I got to do that beyond what I thought was possible. Being able to play 45 games and play in this incredible stadium, it was really above what I thought was possible.”

Manning will be inducted into the College Football Hall of Fame in December and Saturday he will be honored with an on-campus salute during the Tennessee-Georgia game (3:30 kickoff, CBS). Archie will present Peyton with a Hall of Fame plaque that will remain on display at UT.

Peyton requested that fellow Vol College Football Hall of Famers join him on the field for the presentation. Frank Emanuel, Chip Kell, Phillip Fulmer, Johnny Majors, Doug Dickey, Bob Johnson and Steve Kiner are the VFLs who will be present at the game. Manning personally called each of them to ask them to join him on the field.

“I was always fascinated by the history of Tennessee football when I got here," Manning said. 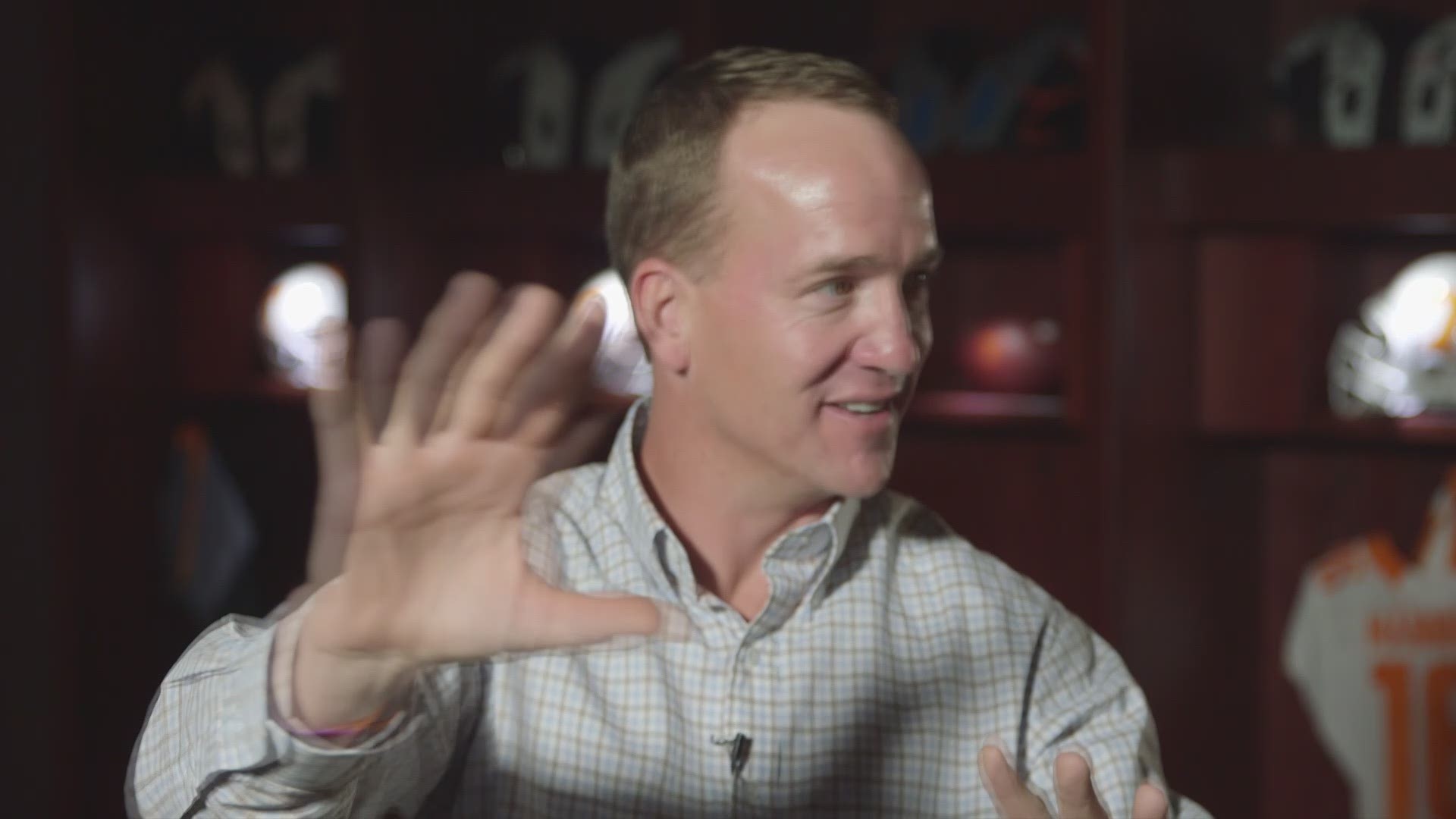 "At the end of the indoor facility, all of the All-Americans and all of the great teams, those pictures were always right there on the wall. You saw them everyday. Everyday I’d see the pictures of Bobby Dodd, Hank Lauricella and it just kind of became a part of your life, recognizing the history of Tennessee football everyday. It was important to me. I went to Indianapolis to play (in the NFL) and we sort of had to create our own history there because there wasn’t this great tradition of football in Indianapolis. The Colts obviously had tradition in Baltimore. I realized just how special it was and it’s just not normal to have that kind of rich tradition and history and the University of Tennessee is lucky to have it. It was just my appreciation for the history of Tennessee football and it would be unique to have that group together.”

Manning and the rest of the VFL Hall of Famers will participate in the Vol Walk Saturday afternoon. The Tennessee tradition begins at 1:15.