The Cardinals’ home finale wasn't pretty, though the finish was better than the start. 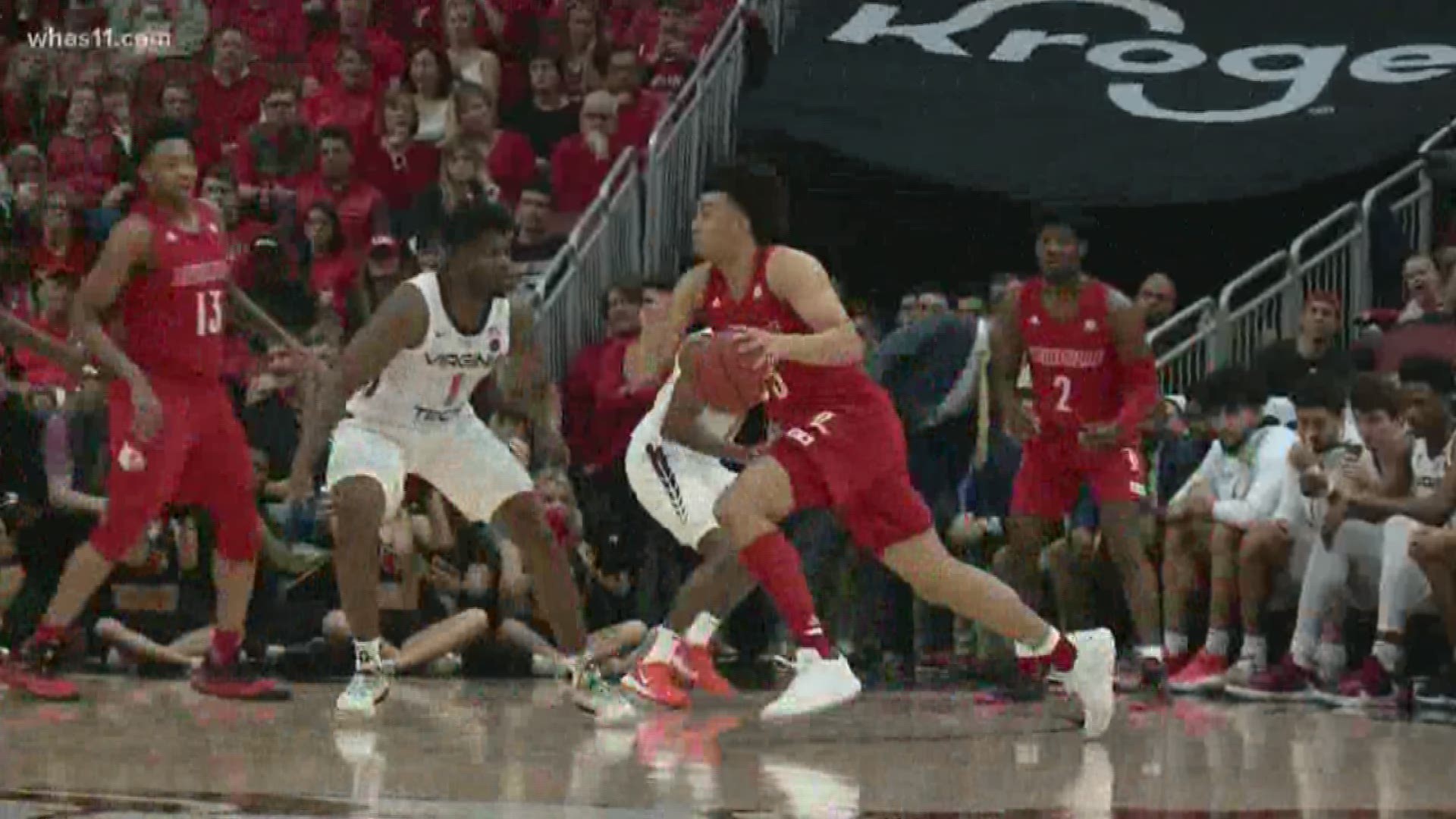 LOUISVILLE, Ky. — Jordan Nwora had 20 points and 12 rebounds, and No. 11 Louisville moved into first place in the Atlantic Coast Conference with a 68-52 victory over Virginia Tech on Sunday.

The Cardinals (24-6, 15-4 ACC) rebounded from last week's loss at No. 6 Florida State and took a half-game lead over the Seminoles, who swept the season series and hold the tiebreaker with two games to play. Louisville has one game remaining, at third-place Virginia on Saturday.

Nwora bounced back from an 11-point effort against FSU to make 8 of 16 from the field with a couple of 3-pointers. The junior followed one 3 with a three-point play during the 15-2 second-half run that put Louisville ahead to stay.

Steven Enoch had eight points and 11 rebounds for the Cardinals, who owned Tech 40-26 on the boards. Louisville shot 50% in the second half and 46% overall while holding the Hokies to 38% from the field.

Virginia Tech: After an energetic first half in which it built several small leads, the Hokies slowed after taking their last lead at 34-32 in the second. They missed seven of their next 10 shots and struggled to contain Nwora.

Louisville: The Cardinals’ home finale wasn't pretty, though the finish was better than the start. Nwora created chances and had help from Ryan McMahon (10 points), who dropped a couple of 3s. Louisville finished 17-1 at home as it honored its seniors and Nwora, who could enter the NBA draft.

Louisville seeks a sweep Saturday when it visits Virginia, which has won six straight since it fell to the Cardinals.