IU head coach Mike Woodson tweeted a photo of him with his former coach on the bench at Assembly Hall Thursday. 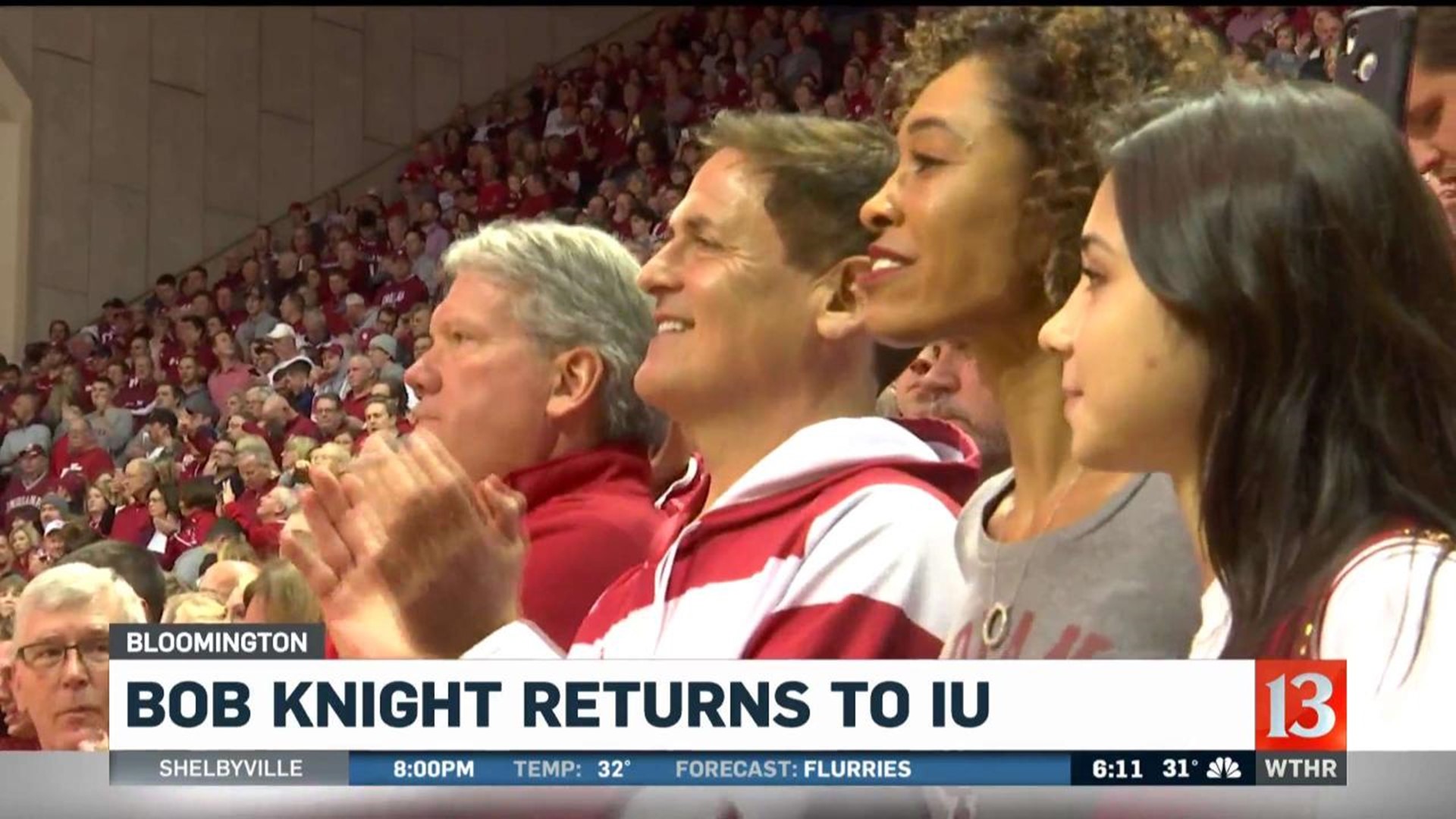 BLOOMINGTON, Ind. — A familiar face was on the bench at the Indiana University men's basketball practice Thursday.

"Just like old times, Coach! It was an honor having you at practice today Bobby Knight!" Woodson wrote, including the hashtags "#Partners" and "#StillGotSwag."

Just like old times, Coach! It was an honor having you at practice today Bobby Knight! #Partners @IndianaMBB #StillGotSwag pic.twitter.com/RelTSUpyZC

Woodson played four seasons for Knight at IU, arriving on campus in 1976, months after the Hoosiers won the national championship after a perfect 32-0 season. He scored 2061 points in four season, averaging 19.8 points per game in his college career.

Woodson, a Broad Ripple High School graduate, was named the 1980 Big Ten Player of the Year. He was hired as Indiana's head coach in March 2021.

Knight spent two decades separated from the university following his firing in Sept. 2000. He made a triumphant return to Simon Skjodt Assembly Hall in Feb. 2020, along with several players from the 1980 Big Ten championship team.

The Hoosiers open the season Tuesday, Nov. 9 against Eastern Michigan in Bloomington.