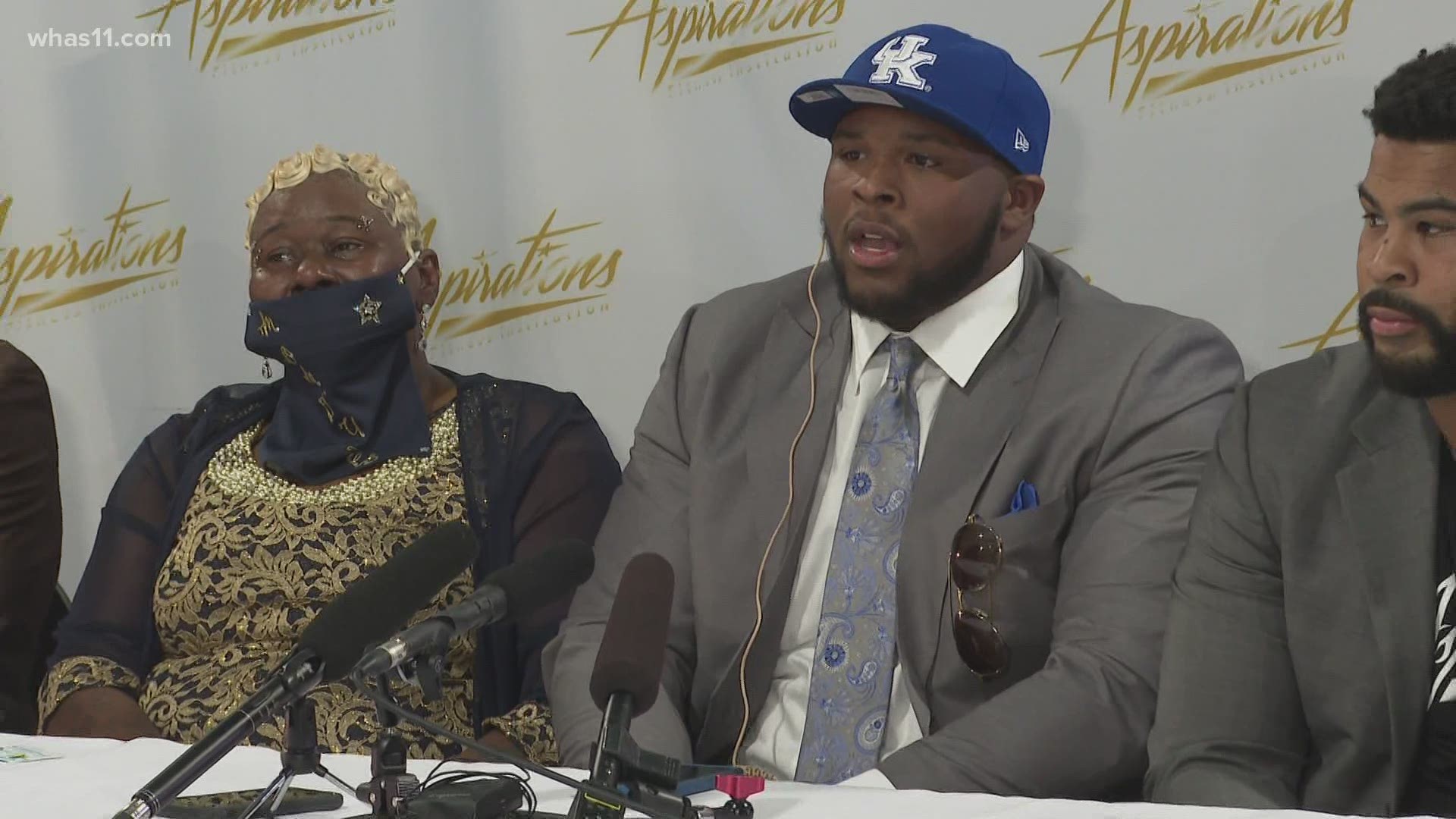 LOUISVILLE, Ky. — Four-star Charlestown offensive lineman Kiyaunta Goodwin repeatedly said relationships were the most important factor in his decision for where to play college football. So he went with the school that first offered him when he was just in seventh grade.

Goodwin committed to Kentucky on Saturday, giving the Wildcats a third four-star commitment in just 48 hours. The Louisville native, who 247Sports currently has ranked as the seventh best offensive tackle prospect in the country, lost more than 100 pounds while transforming into such a recruit. He once weighed more than 400 pounds.

"They've been there for the ups and downs: when I gained the weight, when it didn't look like I was going to be able to play college football," Goodwin said of UK's coaching staff. "But they stuck with me. They helped motivate me."

The rising senior has had national recruiting attention since middle school and garnered 71 scholarship offers. He chose the Wildcats over Alabama, Clemson, Michigan State and Ohio State.

Kentucky's 2022 class now sits at 15th nationally in the 247Sports rankings with eight commitments, four of those being four-star recruits.