In an email sent Tuesday, Vince Tyra said the stadium will offer half-price beer, soda and water until halftime to thank fans for their patience. 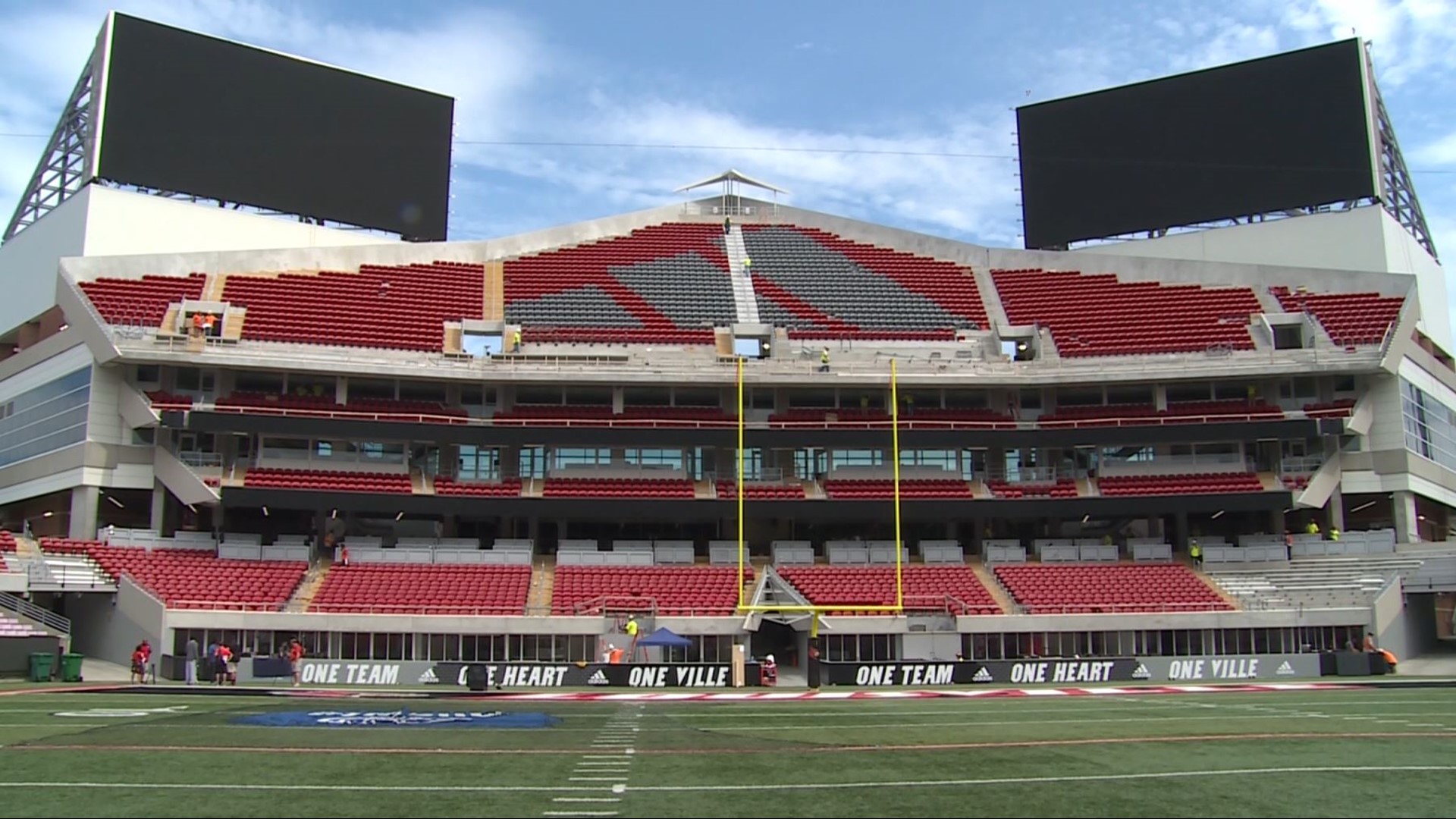 LOUISVILLE, Ky. — Fans angrily took to social media after University of Louisville's first home game, but it had nothing to do with the win they got on the field. "Unfortunately Saturday made my head explode with what occurred," said Athletic Director Vince Tyra is assuring fans that their concerns have been heard.

At Friday's game against Eastern Kentucky, fans complained of long concession lines and long waits to get their tickets scanned.

One person with the handle @TyYates17 tweeted out saying in part that lines took people 30 plus minutes, sold out of food options and some restroom doors were blocked. Tyra addressed fans in a virtual press conference Tuesday, "I feel like we won the turnover battle on the field but we fumbled with the operational aspects of the game day."

The major concession problems according to Tyra were Covid supply chain issues, staffing shortages and a new payment system that didn't recognize certain credit cards. "Even last week we had staff come from Indianapolis, Lexington, Nashville and other cities, Cincinnati just to get what we had."

In an email to ticketholders, Tyra addressed that staffing issues. "Like many businesses, we are currently experiencing significant labor shortages and difficulty staffing part-time roles," he said.

While the stadium usually has around 400 contracted workers through Centerplate, one of their operating partners, only 250 people worked Friday's game. Tyra said Centerplate is currently working with temporary staffing agencies to add more workers for future games.

To help with concession lines, cash will be accepted at select stands and some stands will transition to a beverage-only model. Plus, all concourse water fountains will be opened to the public and cups will be available for free.

Tyra said IT teams are looking into what caused credit card processing delays on Friday and the network will be examined for potential improvements.

“Improvement is a dynamic goal – one that never ends – and we are committed to working through these challenges to provide the best experience possible for you,” he said.

The email also included information on how the stadium is working to make gate entry easier.

Fans are encouraged to download their mobile tickets, so they can be pulled up without internet access. If you need help with that process, you can call or text 502-852-5151.

Tyra said additional staff members will be available at gates to scan tickets and deal with any troubleshooting issues.

To give back to fans, all beer, fountain drinks and water will be 50% from the time gates open until halftime.

“Our goal is for you to have a positive experience every single time you and yours…come to a Louisville game. And that remains unchanged,” Tyra said.

UofL's next game at Cardinal Stadium is scheduled for Friday, Sept. 17 against the University of Central Florida.