Calipari and his son, Brad, were in attendance Friday as the Bats played the Nashville Sounds at Louisville Slugger Field. 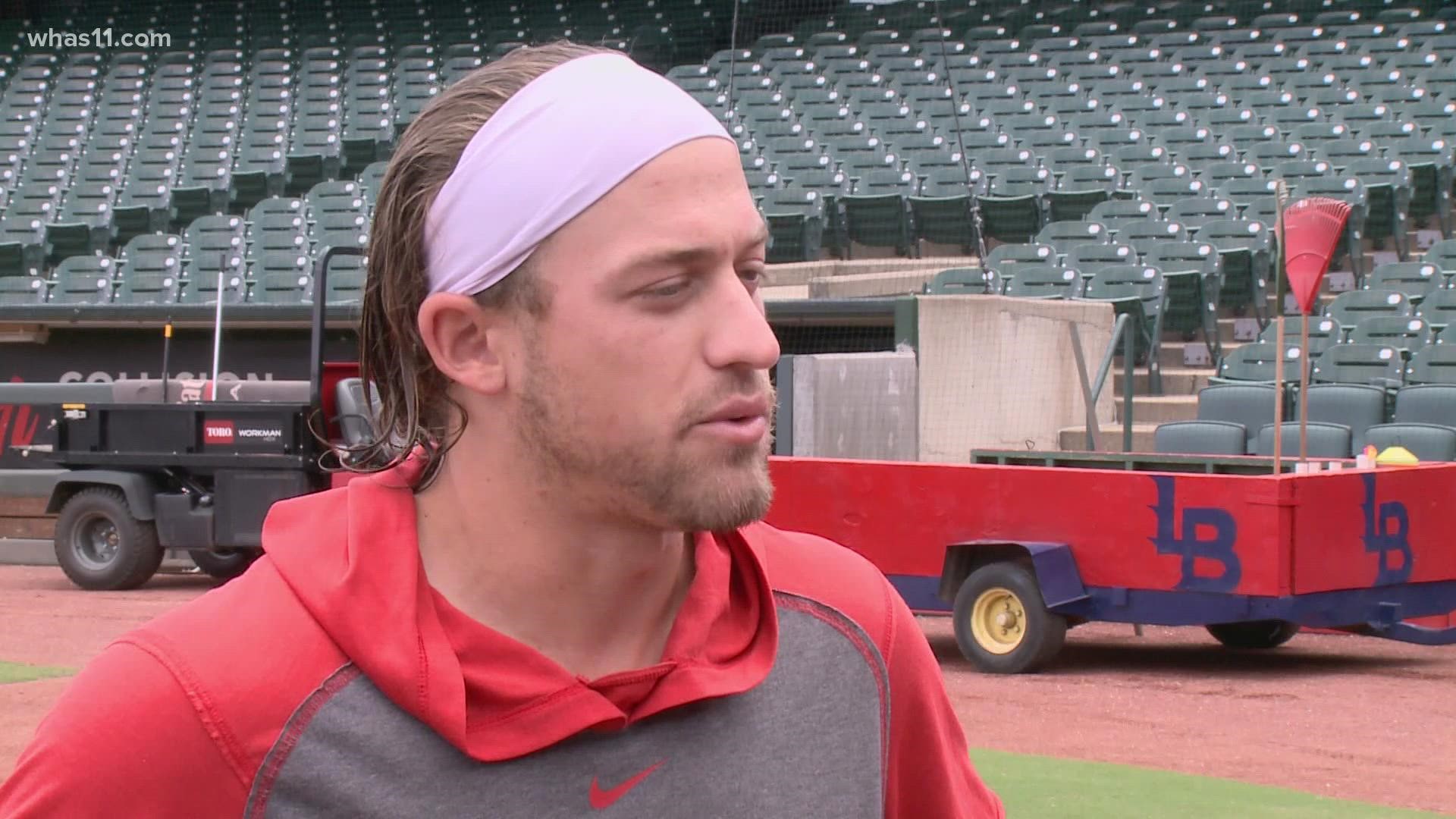 Calipari and his son, Brad, were in attendance Friday as the Bats played the Nashville Sounds at Louisville Slugger Field. The two spoke with Friedl pregame, taking photos with him and Buddy Bat.

Excited to be in Louisville to see @TJFriedl_1 and the @LouisvilleBats," Calipari tweeted Friday. "TJ is family!"

Excited to be in Louisville to see @TJFriedl_1 and the @LouisvilleBats. TJ is family! pic.twitter.com/DKTBjiodaT

The two are second cousins from Friedl's mother's side of the family, according to Calipari. Freidl's grandmother and Calipari's mother were cousins, with Friedl's father Terry being the youngest brother. All of them are originally from the Pittsburgh area.

"His father and his uncles, they're all the most competitive people you'll ever meet," Calipari said. "Terry really did a great job raising him and putting him in a competitive environment. Here's this kid that comes out and is just the most competitive, driven and wired to compete and win young person out there. You got to give credit to his mom and dad."

The last time Friedl and Calipari saw each other was in 2019, when the Wildcats coach posted a picture with Friedl and his sister.

Friedl ultimately ended up signing the largest-ever signing bonus for an undrafted free agent, $732,500, to join the Cincinnati Reds organization. The outfielder underwent ankle surgery in 2019 before minor league baseball took a break in 2020 due to COVID-19, but has had a breakout year in 2021.

Calipari previously said he sees some of his family shining through in the top-20 Reds prospect.

"He's wired and driven just like his father and uncles," Calipari said. "You talk about a role model for your son: TJ is one of those that you walk out of the building, and you say, 'Man, did you see him? This guy doesn't have anything left in the tank when it's over.'"