Kneisler plays several positions, but head coach Gary Wheeler Jr. said it's his passion and positive attitude that makes him stand out. 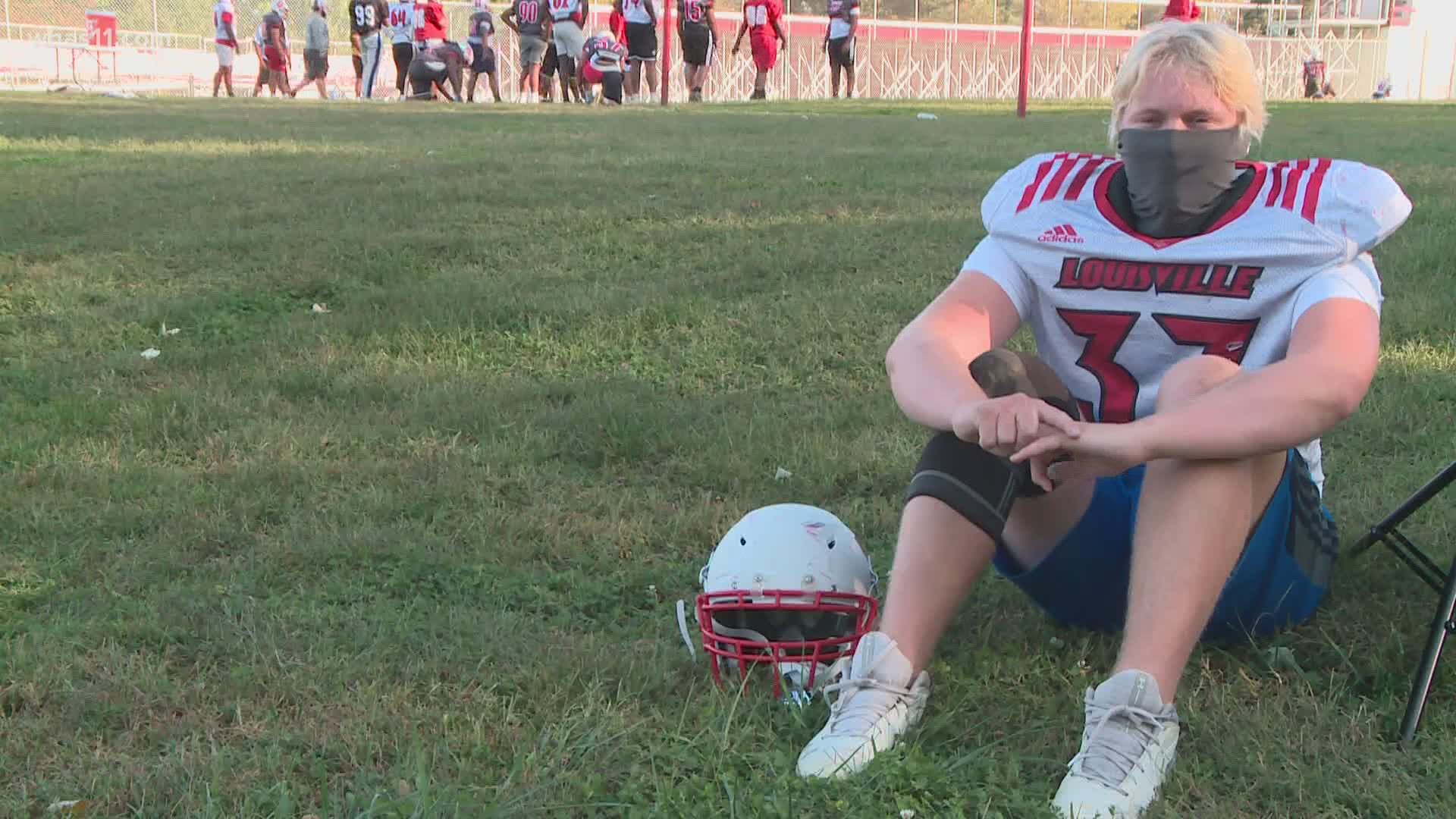 LOUISVILLE, Ky. — The Butler Bears have had a difficult start to their season, but the team continues to lean on players like senior Garrett Kneisler to give them the pep talk they'll need.

"Had a rough start, but I think we're ready to turn it around next game," Kneisler said.

Kneisler plays a plethora of positions, but head coach Gary Wheeler Jr. said it's his passion and positive attitude that makes him stand out.

"He has that smile, his teammates love him," Wheeler said. "He came to me first game of the season and said, 'Coach, can I give a pregame speech?'"

Football wasn't always his focus, playing soccer and baseball when he came to Butler. Still, Wheeler continued to encourage him to play football.

"I needed something new," Kneisler said. "I wish I actually would've made it freshman year instead."

Now, he's playing all over the field, hoping to lead the team to its second win in a season filled with unexpected twists and turns.

No matter what happens, Kneisler said he's happy to playing with the group and proud to see how much they've grown since he joined.

"I'm just happy with the players individually, how we've come together as a team," Kneisler said.

RELATED: Butler's Jeff Caldwell learns from others to grow into leadership role