The party on featured free food and live music, as well as the chance to meet with NWSL players. 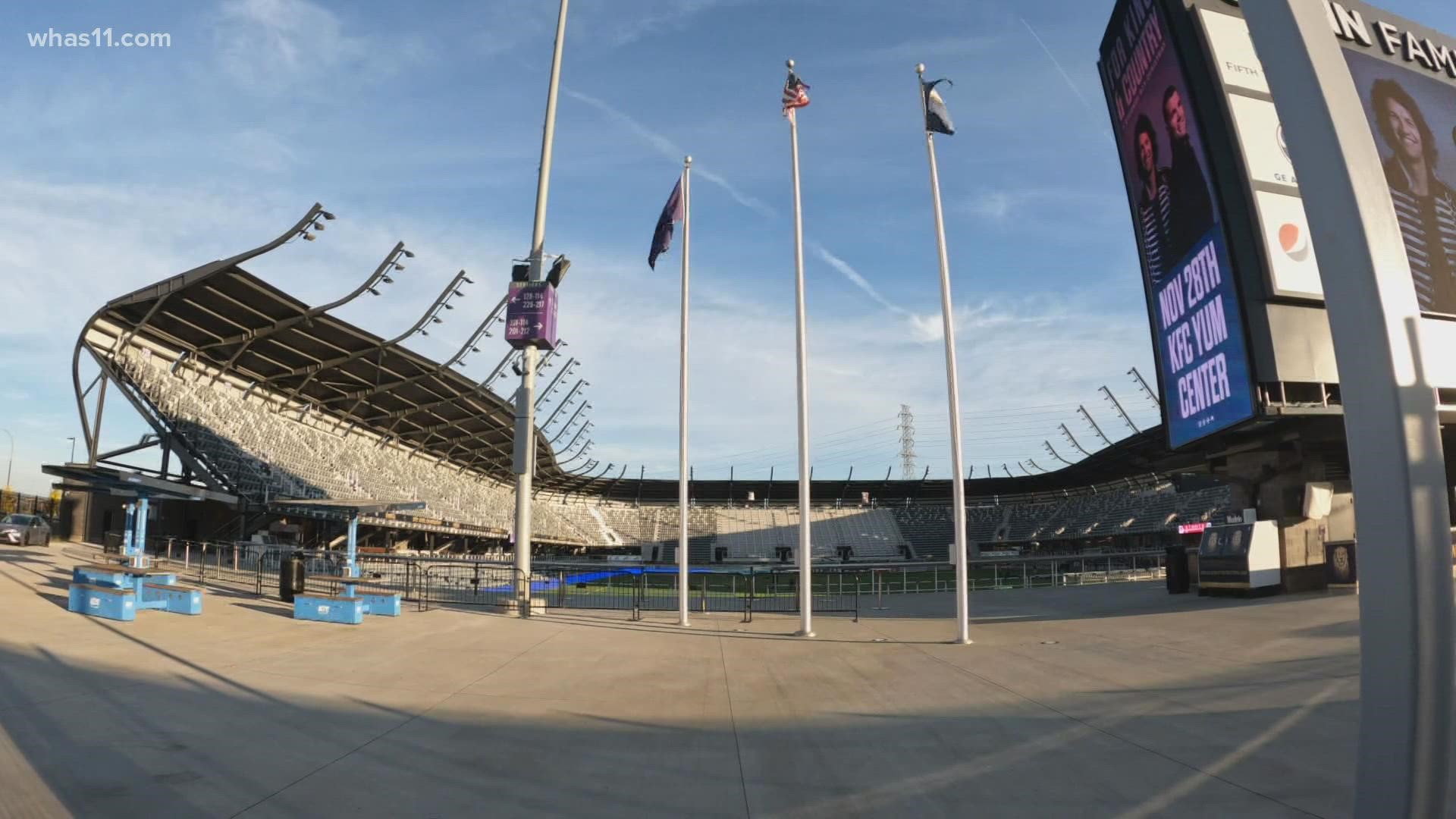 LOUISVILLE, Ky. — The National Women's Soccer League (NWSL) Championship at Louisville's Lynn Family Stadium is set for Saturday, Nov. 20. Ahead of the match between the Chicago Red Stars and the Washington Spirit, fans were invited to Butchertown for a Block Party celebration Friday night.

The party featured free food and live music, as well as a chance to meet with NWSL players.

"Butchertown is an iconic neighborhood that showcases all the best things about the city of Louisville, an ideal backdrop for marking the end of the NWSL season,” said NWSL interim CEO Marla Messing.

Jerri Caster was ecstatic to receive a signed glove from Racing Louisville FC's Number one goalie, Michelle Betos. She asked Betos to sign a card and left with a moment she'll hold onto forever.

Some drove across the country for the championship game. The trip was Robert Rogers' second fourteen-hour drive from Connecticut to Louisville. He said, "The fan base is amazing, the people are amazing, the city is amazing."

Other activities include a photo booth, a live DJ, performances by Lyndsey Henken, a soccer skills test and corn hole.

"Southern hospitality gets its name for a reason, and we can’t wait to show everyone a good time,” said Racing Louisville FC president Brad Estes.

The event will be held in the surface lot beside the Butchertown Market Building on Story Ave. from 5 p.m. to 9 p.m. Fans are encouraged to bring a non-perishable item or make a monetary donation to Dare to Care when arriving at the party.

Tickets for the championship match on Saturday are still available and can be purchased online. The NWSL Championship will air on CBS and stream live on Paramount+ starting at 11:30 a.m.