'I do want out. Until they change' | Butch Beard explains letter asking UofL to remove accomplishments

On Jerry Eaves' radio show, Beard said he feels as if the university is 'more backwards' today than when he arrived on campus. 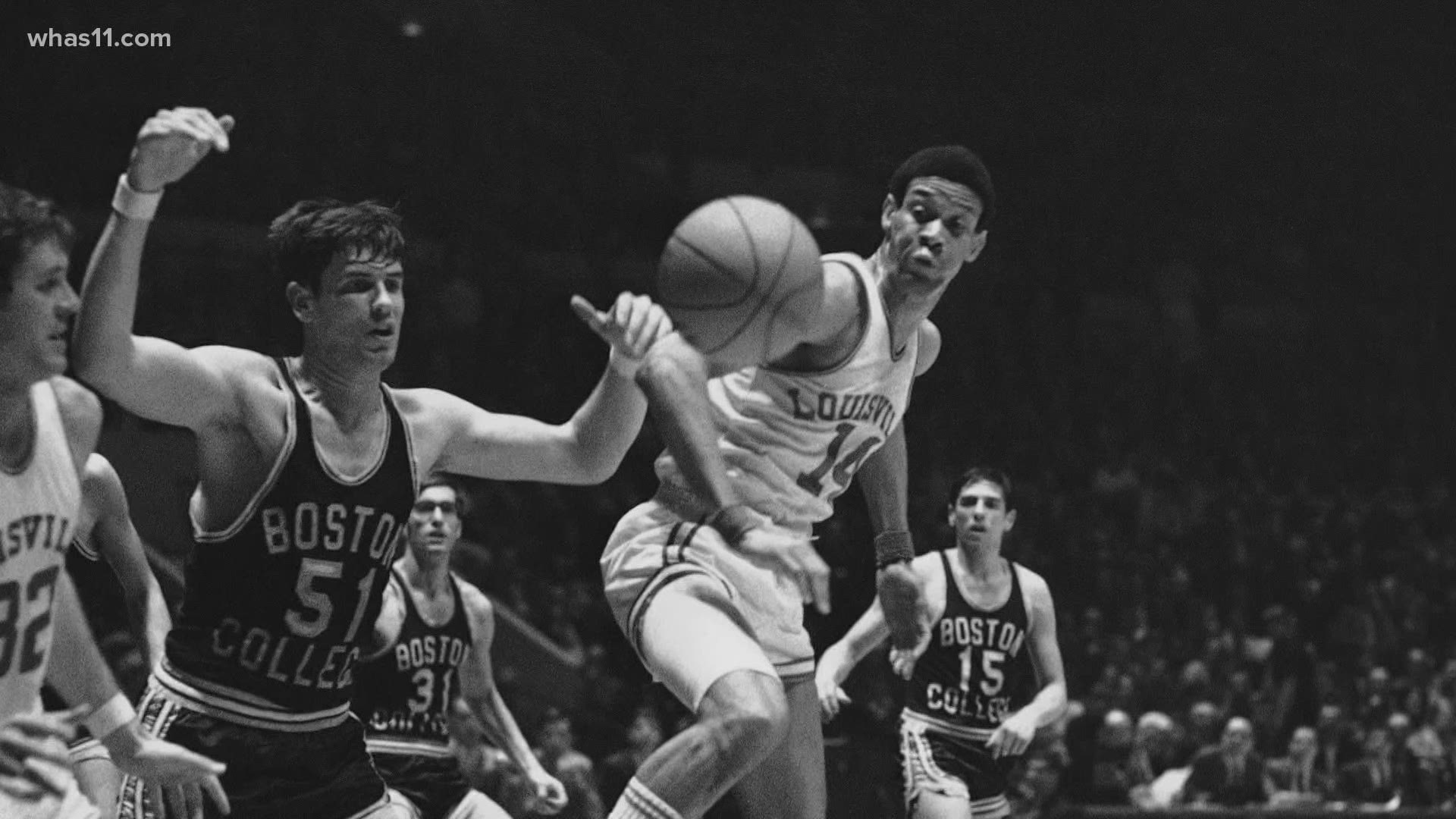 LOUISVILLE, Ky. — Hall of Famer Alfred "Butch" Beard explained his letter asking to remove his name and accomplishments from the University of Louisville Thursday, saying the decision did not come suddenly.

In an interview on fellow men's basketball alum Jerry Eaves' radio show, Beard said he feels as if the university is "more backwards" today than when he arrived on campus in the 1960s.

"I'm still emotional about it, and I'm passionate about it, but I don't want to be associated with something that I helped build and I see what it looks like now," Beard said. "We talk about racial injustice, that's what I'm watching over and over again."

Beard and Eaves said the school has not done enough to honor the legacy of its former Black players — including Louisville native Wes Unseld — and its athletic department has not been committed to hiring or interviewing diverse candidates.

"They're making money off of my name and my back, and they won't at least look at anybody who looks like me," Beard said.

Eaves, now the men's basketball coach at Simmons College, said the issue has been brought to UofL leaders on multiple occasions without success.

Beard said he was upset with how the university handled both the 2015 sex scandal and the 2017 Adidas investigation, and said the city allowed corruption by former athletic director Tom Jurich and coach Rick Pitino.

When the two were ousted, Eaves said he begged the interim president to interview or hire a Black basketball coach like alum Kenny Payne. Still, he said nothing was done.

Both Beard and Eaves said they support the student-athletes at UofL, and Eaves said he believes Chris Mack will do a great job, but they said it is disappointing to know the school did not interview a Black candidate in its head basketball coach or athletic director search.

Beard said his letter was meant to be about the future of the university, hoping to finally see change.

"I just need the university to understand that there are major contributions in athletics at the university by African Americans, and they refuse to acknowledge any of it," Beard said.

Following his letter, Beard said he was told university president Dr. Neeli Bendapudi would speak to him Wednesday night. He said he never received a call, saying his publicist was told they did not know "Alfred Beard" was the Hall of Famer.

"They [didn't] know who I was," Beard said. "Those people who run the university have no idea about the history of the program, but I'm supposed to just be OK with that."

Beard said he planned to speak with Bendapudi Thursday afternoon, and said the university will continue to hear from him until he sees change. Bendapudi reportedly said the two had a "great" conversation.

"I wrote the letter saying that I want out," Beard said. "And I do want out. Unless they change."