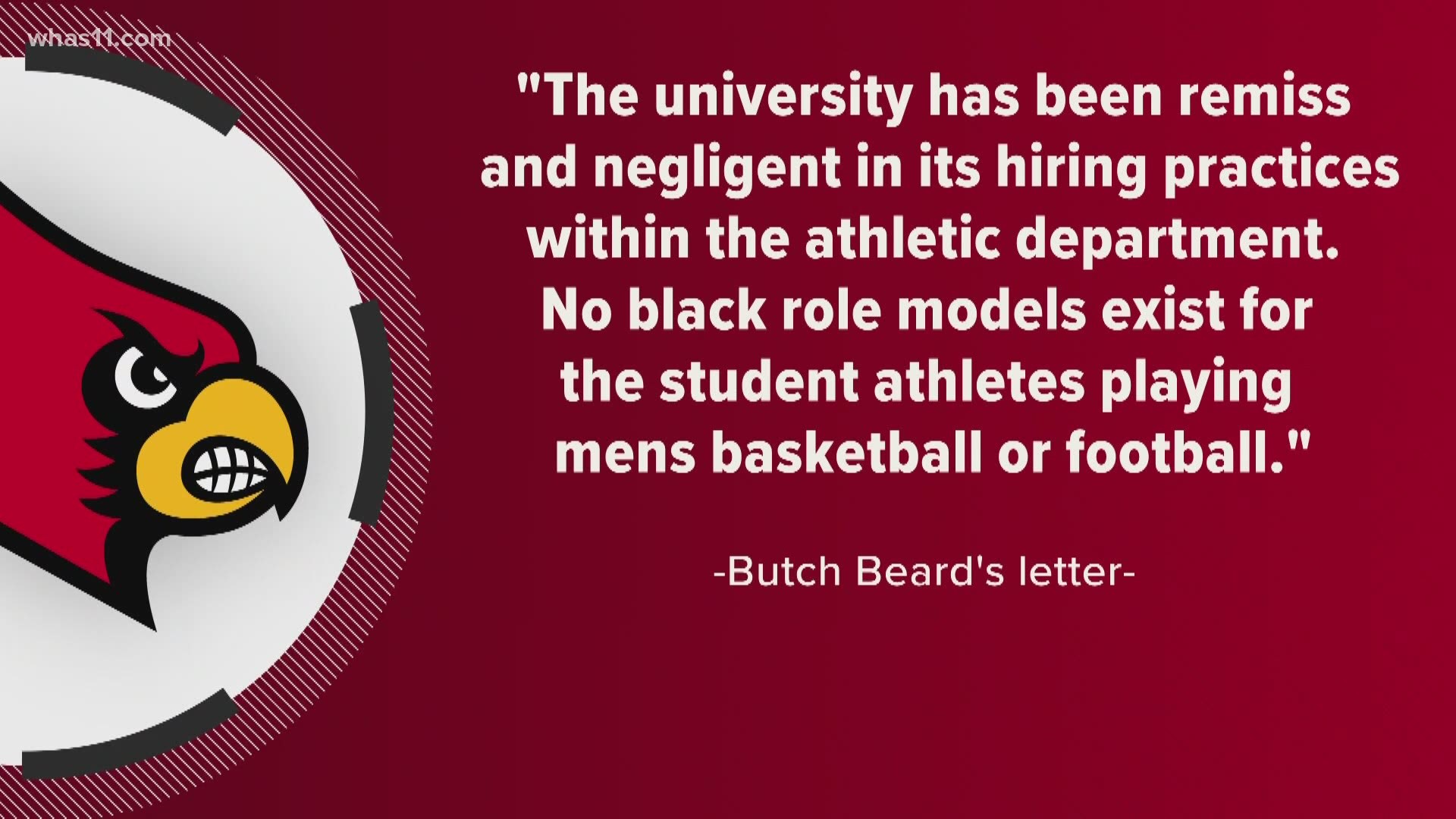 LOUISVILLE, Ky. — Former All-American and Hall of Famer Alfred "Butch" Beard is calling for the University of Louisville to remove his name and accomplishments from the school.

Beard, who joined the UofL men's basketball team in 1965, wrote a letter to the university's president Dr. Neeli Bendapudi criticizing the school's treatment of Black men – from hiring practices to honoring African-American athletes, like the late Wes Unseld.

"Given the lack of acknowledgement to the legacy of former black players and the lack of commitment in diversity hiring I am asking the university to remove my name and accomplishments from any existing or future mention," Beard wrote, in part.

Beard said the university needs to do a better job of mentoring its student athletes and hiring head coaches the athletes can confide in on and off the court.

"The university has been remiss and negligent in its hiring practices within the athletic department. No black role models exist for the student athletes playing men's basketball or football," Beard wrote.

"The program was the program when Wes Unseld and then Butch Beard stepped on campus. That was the rocket that put U of L where it is today. Those are the two people that truly attracted the quality of someone like Denny Crum to come to Louisville," Eaves said. "He and Wes Unseld are the reason why Louisville’s got all that it has. No question in my mind."

But when Unseld passed, Eaves said there was a "lack of interest from the University of Louisville."

"It's very disappointing the school would not understand that those are people the younger players coming through should know and follow, we shouldn’t have to ask," Eaves said.

"To be direct, it was homegrown black Kentuckians that changed the history of the basketball program. I find it hard to believe that the university hasn’t deemed it important to honor Wes Unseld," Beard wrote.

He went on to say, "The university's commitment to young black men is far from what it should look like in 2021."

"The University of Louisville seems to not understand that it's more than just playing. there has to be other opportunities and they have to been bestowed upon a lot of the great athletes that have made the university the university that it is," Eaves said. "There is a major issue when it comes to positions of power at the University of Louisville that has to be addressed and it hasn’t been and that’s why Coach Beard wrote the letter that he did."

"It's really disappointing, I think he’s probably the first player that I know that has ever asked for this to happen at any other university," Eaves went on.

Bendapudi responded to the letter saying she and UofL's Athletic Director Vince Tyra are committed to changing the narrative:

“I deeply appreciate the heartfelt letter from Mr. Beard. He is a Cardinal legend and will always be remembered for his many accomplishments on the court and in the classroom. Mr. Beard rightly points out that in the past, the university may not have always lived up to its responsibility to provide an equal opportunity to Black candidates seeking jobs at the highest levels of our athletic department. I can say with total confidence that Vince and I are committed to changing that narrative. Our goal is for the University of Louisville to achieve its full potential as an antiracist university. That means that no job candidate should ever have an advantage (or disadvantage) during the hiring process based on their race.