The lawsuit comes one week after a second test confirmed 25 picograms of Betamethasone were found in the horse’s system. 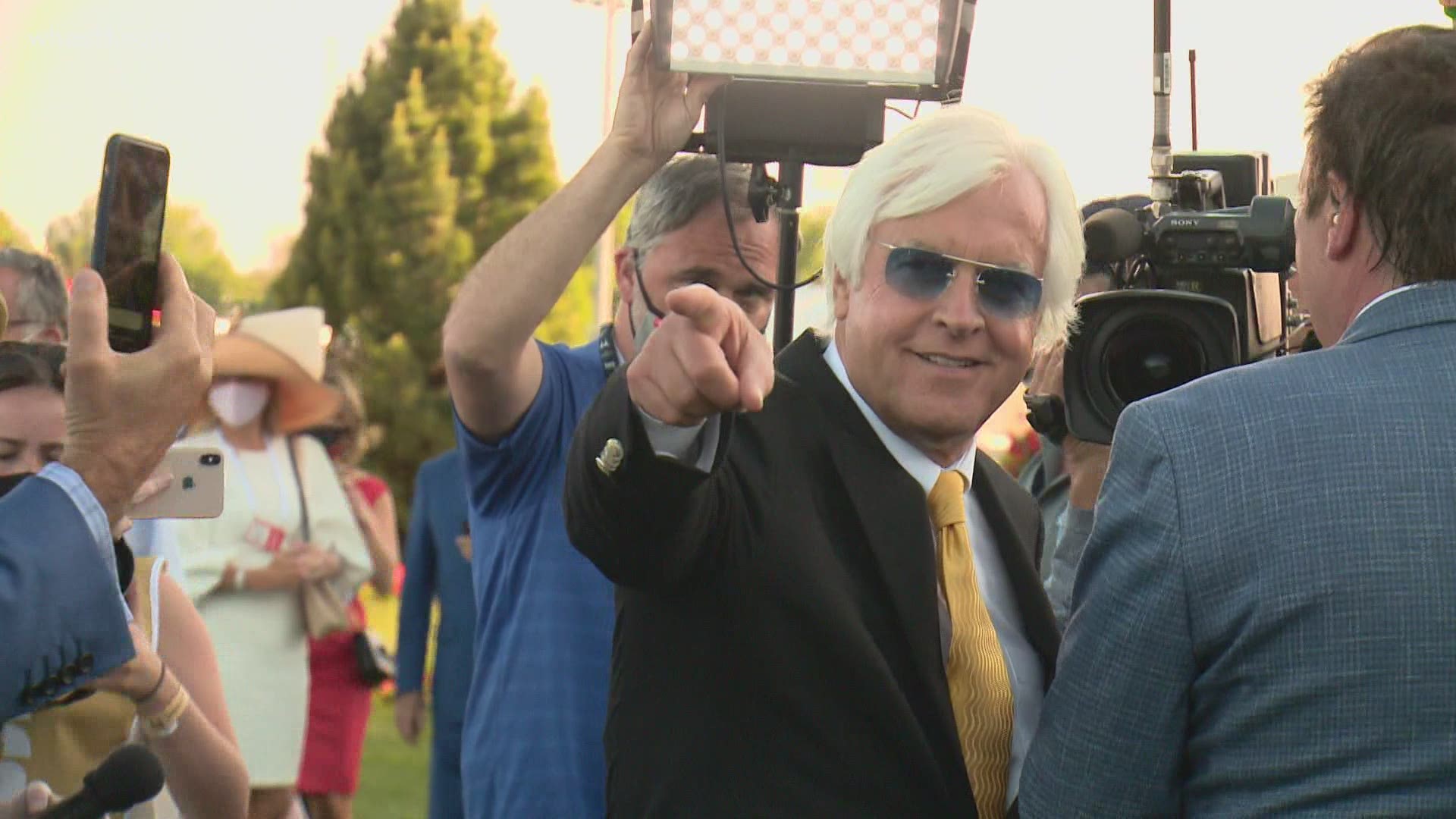 LOUISVILLE, Ky. — It’s been more than a month since Medina Spirit crossed the finish line at the 147th Kentucky Derby and the controversy following the win continues as trainer Bob Baffert and owner Amr Zedan have filed a lawsuit, requesting the Kentucky Horse Commission conduct more testing.

The lawsuit comes one week after a second test confirmed 25 picograms of Betamethasone were found in the horse’s system.

They believe how Betamethasone got into the three-year-old’s system doesn’t violate the rules.

Attorneys said there has been an “absolute firestorm” surrounding Medina Spirt and the alleged test results.

“Baffert has been excoriated by some members of the press and public who have accused him of ‘injecting’ Medina Spirit with Betamethasone in an effort to cheat to win the Kentucky Derby,” the lawsuit read. “The public discourse has frequently suggested that Betamethasone is a banned substance and that Medina Spirit was subjected to ‘doping.’ Neither are remotely true.”

The 7-time Derby-winning trainer and the owner have repeatedly denied any wrongdoing and believe the trace amounts of Betamethasone in Medina Spirit’s primary blood sample came from a topical ointment called Otomax, which was prescribed by the horse’s veterinarian to treat dermatitis.

Baffert and the owners want a representative to go with the sample and watch them test it. They want testing to be conducted on both urine and blood samples.

It’s been nearly two weeks since Churchill Downs and other venues have handed down suspensions from running horses at their facilities.

No decision has been made but Medina Spirit’s Kentucky Derby win is still up in the air.

Baffert and the attorneys are asking for new testing to be done as soon as possible.