Bellarmine student, tennis star honored for her sportsmanship, care for others

Ashley Jonathan was honored with the Arthur Ashe Leadership and Sportsmanship Award for women's tennis. 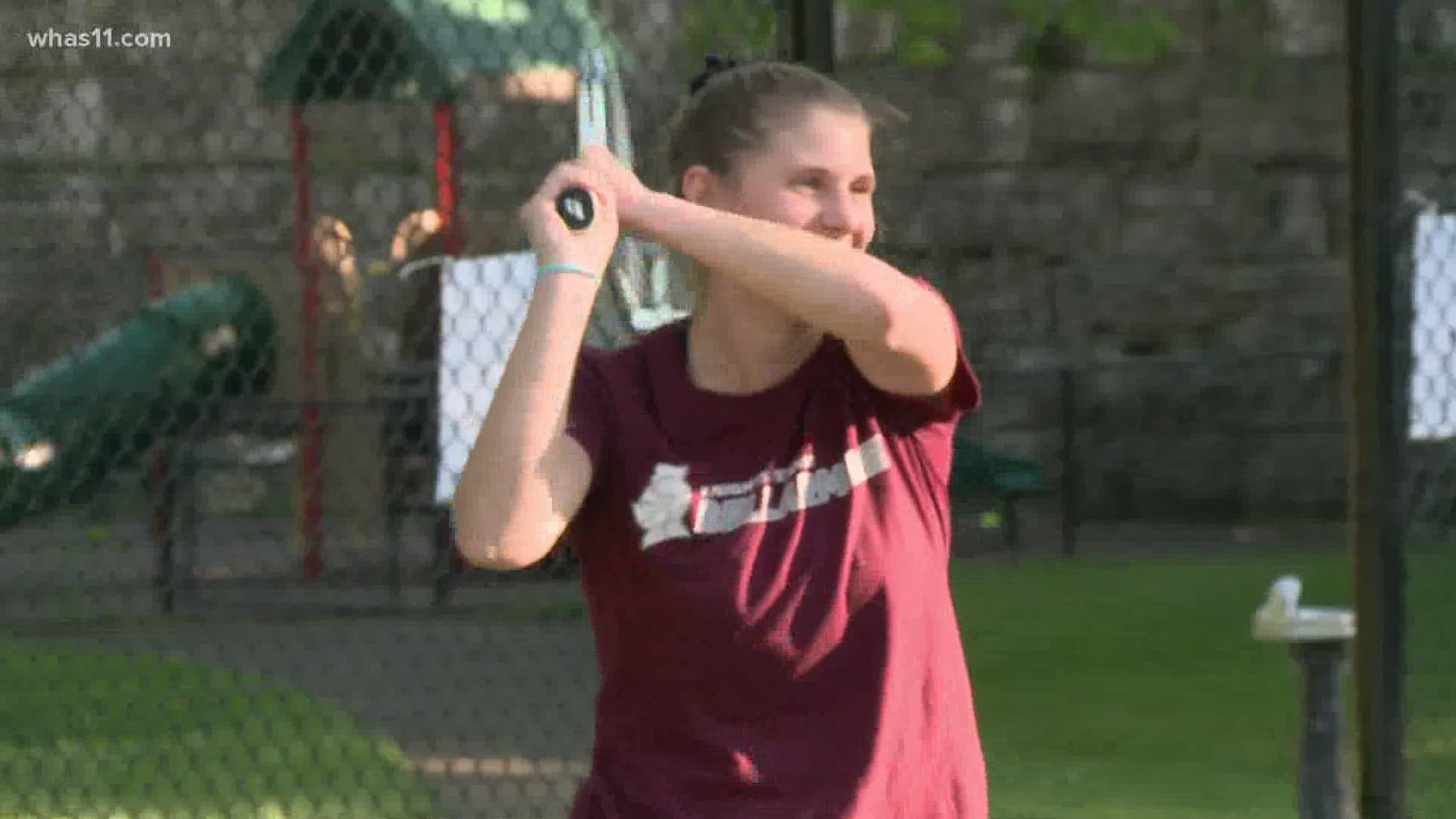 "I remember I helped out a old lady in a grocery store," Jonathan said. "And my parents lost me in the grocery store because I was helping a lady put up all the stuff on the shelf."

That attitude only grew from there. Off of the tennis court for the Knights, she's led donation efforts of hotel soaps and shampoos from competitive travel as well as tennis shoes that are no longer in playing condition for those in need.

"When I would go on trips with my mom, or even my tennis team or their parents, I'd say, "You guys, we're paying for the soaps while we're going to the hotels, but then they're getting wasted. They have to throw them out if they've not been used because it's been touched and everything,'" Jonathan said. "There's homeless shelters and there's other places that need the soap so why not? And I started it my freshman year."

The same thought process went towards the tennis shoes. She's also helped clean up local parks and given tennis lessons to disadvantaged youth, among many other efforts.

"Helping out someone, they might not recognize how much you help them then, but it can spread like wildfire," Jonathan said. "I never expected the things that I was doing to be acknowledged."

But they ended up earning national acknowledgment. The Intercollegiate Tennis Association (ITA) named Jonathan its Division II recipient of the Arthur Ashe Leadership and Sportsmanship Award for women's tennis. It goes to someone who exhibits "outstanding sportsmanship and leadership, as well as scholastic, extracurricular and tennis achievements in ways that embody the legacy of tennis icon and humanitarian Arthur Ashe Jr."

"I've never had an accomplishment that significant," Jonathan said. "So I started crying on my Zoom call, and I'm pretty sure my professors were wondering why I was crying."

"Ashley Jonathan is a profoundly caring humanitarian," Bellarmine women's tennis coach John Mican said in a release. "The concern she has for her fellow man is far reaching, especially for those less fortunate. The sportsmanship that Ashley displays on and off the court is what really sets her apart as a mature competitor who gives 100 percent at all times. Her leadership abilities are second to none and are a major factor in the success the team has achieved during her career."

Those achievements include a team record of 61-18. Her personal record of 140-61 has her just eight wins shy of the Bellarmine career record. The senior is coming back for a fifth year to play while also attending physical therapy school.

"My desire to play tennis is completely there," Jonathan said. "I'm not burnt out. And I think that really tells of a true athlete."

She wants competitive closure, but also more than that. Jonathan wants to see her community service continued and passed down throughout the program.

"I feel like passing it down to an undergrad and helping them facilitate it, it's gonna keep the tradition going even longer," Jonathan said.