The Knights men's basketball team will make their Division I debut against the no. 9 Duke Blue Devils Dec. 4. 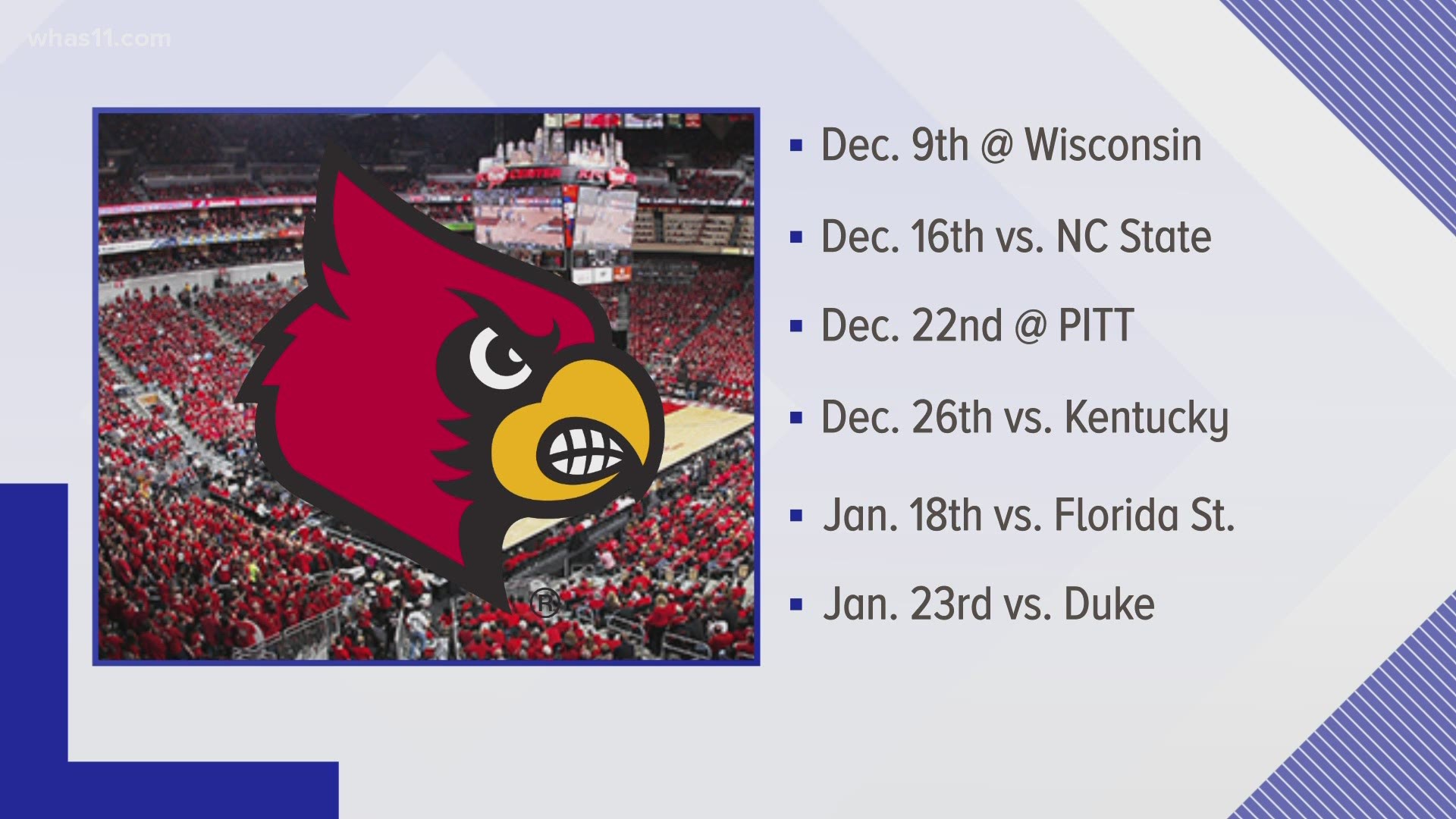 LOUISVILLE, Ky. — Bellarmine University's highly anticipated Division I debut will have to wait as the men's basketball team has decided to delay the start of their season.

According to a release, due to unforeseen circumstances, the Knights men's basketball team's opening game will now come Dec. 4 as they travel to Cameron Indoor Stadium to play the no. 9 Duke Blue Devils.

Bellarmine had been scheduled to open on the road against Chattanooga on Nov. 25 then make its home debut in Freedom Hall against Transylvania three days later. A Dec. 1 game at Dayton also has been delayed.

The re-shuffling of the schedule means that Bellarmine's home opener will come Dec. 9 versus Chattanooga at 7 p.m. in Freedom Hall.

"This year has been a trying time for all of us," said Bellarmine Director of Athletics Scott Wiegandt. "But 2020 has taught us that we have to adapt, and that's what we have to do in this situation. Putting the health and safety of our student-athletes ahead of everything else is the right decision, and hopefully our fans cans adapt along with us."

All three games are being rescheduled. The Knights will now host Transylvania on Jan. 1 with trips to Chattanooga and Dayton being planned for December.