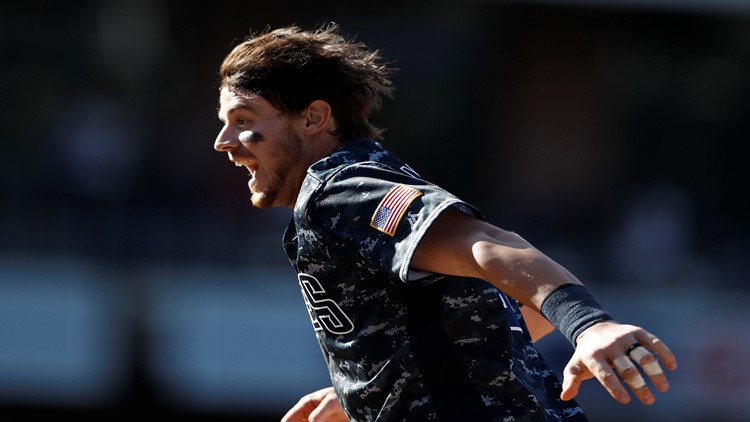 SAN DIEGO — Wil Myers singled in Manny Machado with one out in the 10th inning to give the San Diego Padres a 2-1 win Sunday against the Colorado Rockies and a series victory in a matchup between the worst teams in the NL West.

It was the third career walkoff hit for Myers, who was picked off second base in the fourth inning, costing the Padres a run.

Machado started the winning rally when he drew a one-out walk off Jesús Tinoco (0-2), who made way for left-hander Sam Howard.

Eric Hosmer walked, and Yency Almonte came on to face Myers, who singled to the gap in left-center.

The Padres blew a big chance to break a 1-1 tie in the sixth against DJ Johnson, who loaded the bases on a hit, a walk and a hit batsman while also throwing two wild pitches. Bryan Shaw came on with two outs and struck out rookie pinch-hitter Austin Allen.

The Rockies took a 1-0 lead in the third when Pat Valaika hit a leadoff double, advanced on Eric Lauer's wild pitch and scored on Drew Butera's sacrifice fly.

San Diego tied it in the fourth when Luis  rías' two-out bloop single brought in Josh Naylor from second base. Myers opened the inning with a double but was picked off by Peter Lambert before Naylor doubled.

Lambert allowed one run and five hits in five innings.

Lauer gave up one run and four hits in six innings.