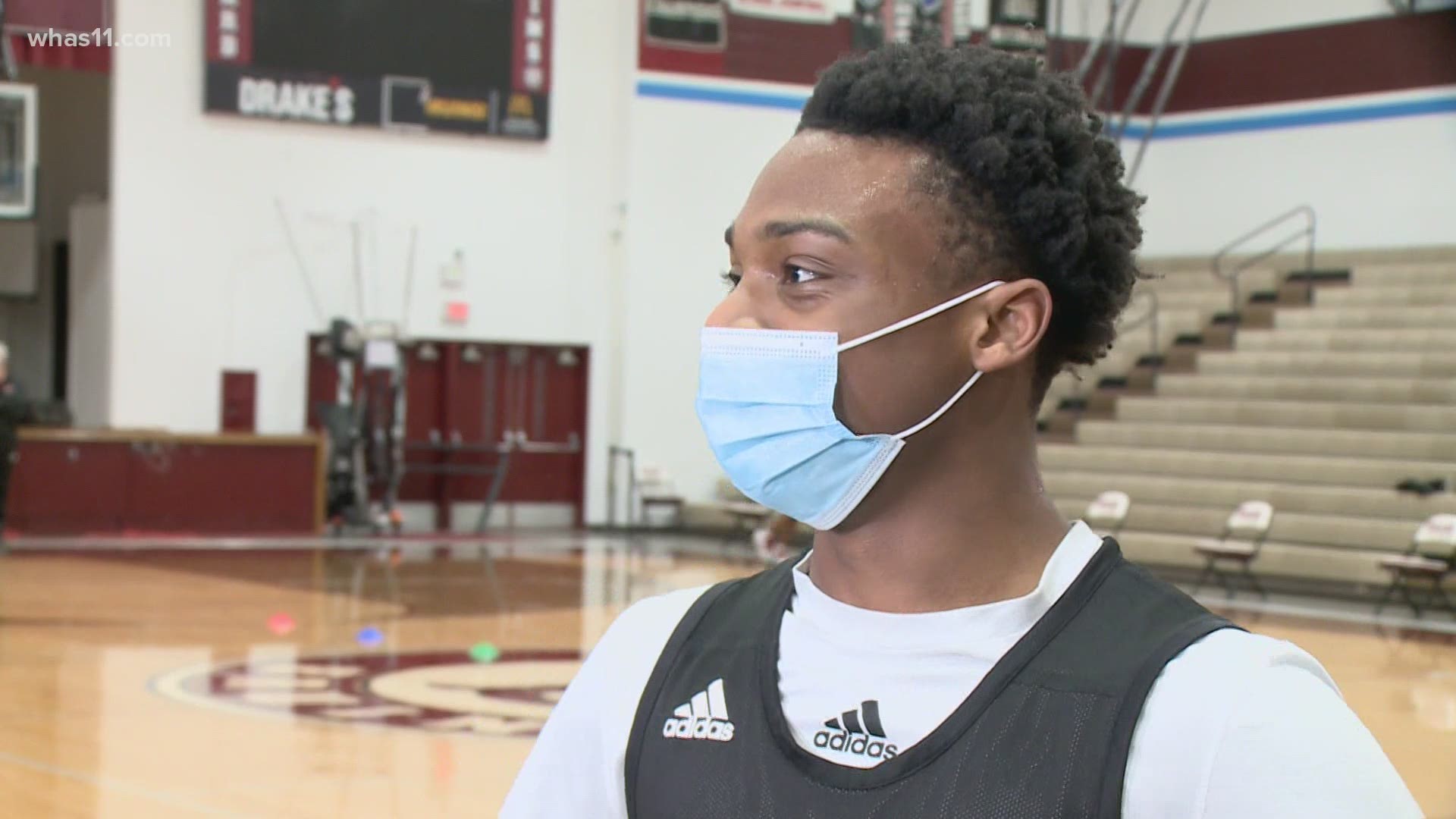 "COVID hit me for 10 days," Renner said. "I had a fever. I had chills. It wasn't enjoyable. So there is a healthy respect for the virus. We have to stay on their butts in certain times to just understand that this could pop up at any point in time."

He believes his players and staff understand the seriousness of adhering to protocols and guidelines not just when they're on the court, but off of it as well. On the court, the Bruins and the rest of JCPS have a bit of catching up to do.

The Kentucky High School Athletics Association allowed winter sports to start on Jan. 4. That means schools around the state, including many in the Louisville area, have already started playing games.

As Ballard and other programs have just 12 days to fully prepare for competition, Renner said he's keeping an eye out for potential injuries by not pushing kids too hard and rushing conditioning. But he believes effort might outweigh execution in just a six-week regular season.

"It's the kids that play the hardest," Renner said. "And so it's hard to play hard when you're not in good shape. But at the same time, if you play hard, that's going to give you the advantage. This isn't a sprint, even though we're not in a marathon anymore. We're in a shorter race. We're still playing for the end of the year and if we can survive the other things that come with it this year."

Scheduling is something Renner has already called "a nightmare." He said Ballard has four games scheduled outside of Jefferson County, but that the team is being told it can't travel outside of Bullitt, Jefferson or Oldham Counties.

"That puts us in a tough spot because that drops us four more games," Renner said. "So we're trying to figure out a way to work that out, either have those teams come here or maybe get a waiver to go play because the reality is there's not a lot of schools that'll sign up to come play us."

Despite the challenges ahead, the players are just grateful to get a chance. Senior Chaunte Marrero said he became frustrated when watching other schools play while the JCPS ones waited.

"I would get mad every time I saw it," Marrero said. "We should be playing too. I didn't think it was fair. Sports is everything to me. I love to do it. I'm miserable without it."

"This is a different time, so there's not really any right or wrong answer," sophomore Jack Edelen said. "But I've agreed with everything JCPS has said so far."