The Proffitt Report: The end of unchecked power at UofL

Doug Proffitt talks about the major do-over UofL is going through in its athletic department with the recent firings of Tom Jurich, Rick Pitino and now Bobby Petrino. 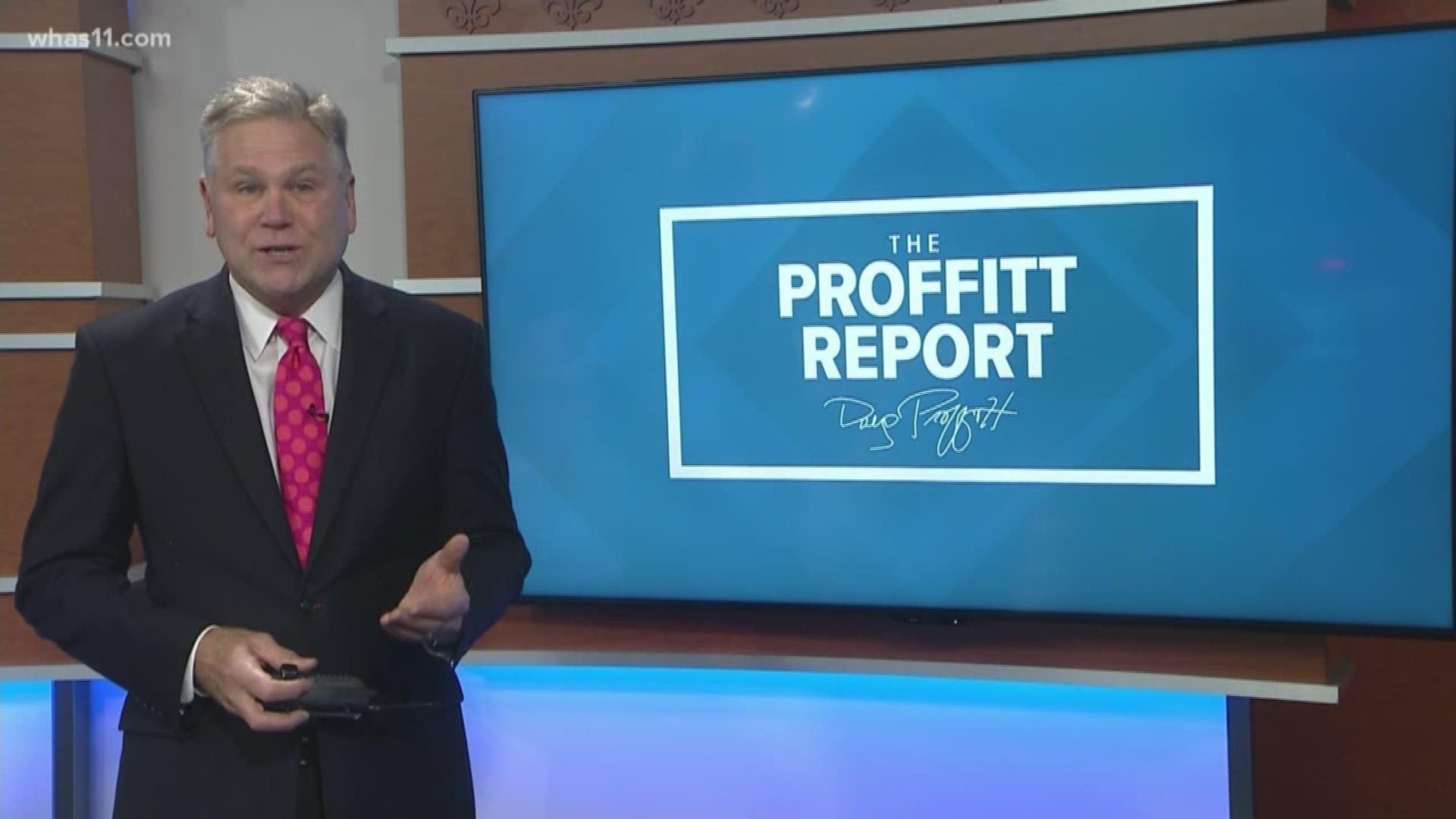 LOUISVILLE, Ky. (WHAS11) – The cleaning of the Cardinal House appears to be complete.

We all knew that those who were loyal to former AD Tom Jurich, his high-profile hires, had a target on them.

In the end, it was a losing football season and an exodus of players that did in coach Bobby Petrino.

I think if he had put in a competitive season with a possible Bowl, he would have dodged the ax from athletic director Vince Tyra.

But get this, two years ago when President Jim Ramsey was forced to resign, had I told you that Tom Jurich, Rick Pitino, and Petrino, would all be fired in 2 years, you would have said you're NUTS!

So now, for the first time since the 1980's, you are witnessing a do-over in the U of L athletic department – from the leadership to the coaches of its two biggest money-making sports.

Tyra likes the baseball and women's basketball coaches, hired by Jurich, and gave them new deals.

As the Petrino deal unravels, not only for the coach but for three of his own family members also on the payroll, we're also witnessing the remarkable untouched power that Tom Jurich really had at the school.

Even though he would never admit to it, I asked him about it in my interview last year.

He told me, "I didn't want to be president. That is a job I didn't want. I never asked for any power."

When Petrino was hired the second time by Jurich, the AD spent most of his time answering questions about Petrino's personal character and not whether or not he was a good coach.

The $14 million buyout was created to scare off other schools from taking Petrino.

Now he's been fired for cause, his buyout is getting the last laugh, but you are left wondering, would Jurich have ever fired Petrino for a bad record?

He was famous for giving people second and third chances? Would his hand have been forced? That buyout would have bitten the man who wrote the deal.

Jurich, Ramsey and Petrino all lost their jobs with huge paydays.

Like I've always said, “HEY I'd be glad to be a failed football coach for your team” and walk away with millions in the bank.