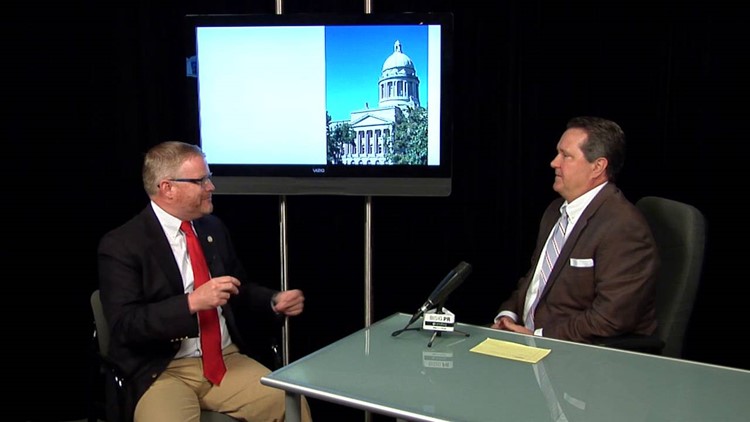 One on One with @LarryBisig: Kentucky Senator Damon Thayer

Kentucky Sen. Damon Thayer finds himself leading the state's Senate at a historic time. For the first time in the lifetime of most Kentuckians, his party is in charge of the executive and legislative branches, enabling his colleagues and firebrand Gov. Matt Bevin to attempt changes, that just a few years ago, would have seemed fantastical at best.

In this wide-ranging interview, Larry Bisig--publisher of TheVoteWhisperer.com, tackles some of those issues with Sen. Thayer, including one that is very much on the minds of Jefferson County residents, the possible state takeover of Jefferson County Public Schools.

- One On One With @LarryBisig: Dr. Ricky L. Jones

- One on One with @LarryBisig: Former Kentucky Governor John Y. Brown Jr.

- One on One with @LarryBisig: JCPS Board Member Chris Kolb

- One on One wiht @LarryBisig: Terry Meiners

Larry Bisig is a WHAS11.com contributor and is CEO of Bisig Impact Group.