The protest was organized by students at Walt Whitman High School and included an open mic for speakers to discuss change. 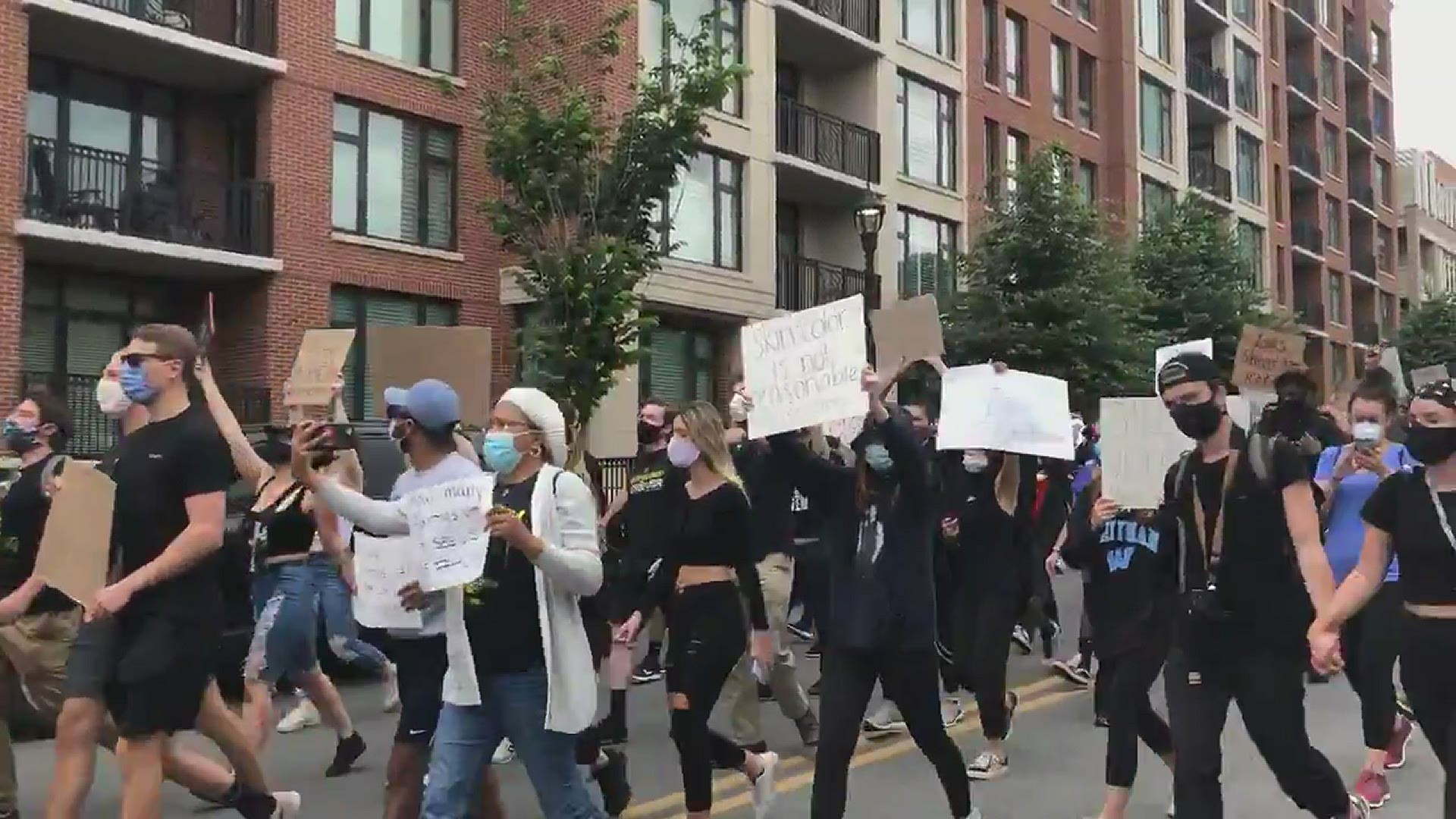 WASHINGTON — While #JusticeForGeorgeFloyd protests continued for the fifth day in D.C., other demonstrations continued all across the DMV on Tuesday, including downtown Bethesda.

Hundreds gathered to peacefully protest, carrying signs and chanting 'say his name: George Floyd” and “Take a knee," some sitting on the ground in solidarity.

The protest was organized in help by students at Walt Whitman High School who said they wanted a chance to make their voices heard. People of all ages showed up at the demonstration and told WUSA9 that they have been instructed by the organizers not to loot nor damage property.

As they marched through downtown Bethesda around 3:15 p.m., the crowds began to increase in size, all remaining peaceful. Prior to marching, an open-mic was held in front of the Bethesda Library allowing demonstrators to speak up and advocate for change.

Some leaders discussed everything from maintaining peace to how they are educating their children during this time, others about the importance of reform. The march extended through downtown for over two hours, with many marching in black clothing as part of #BlackoutTuesday.

“You can’t blame me for something that God did and then praise the high Lord on Sunday," one protestor said during the open mic.

Credit: WUSA9
Protestors hold up their signs in downtown Bethesda on the fifth day of protests.

Leaders are talking about how parents need to commit to making sure their teaching their children a better way. #Blacklivesmatter @wusa9 pic.twitter.com/kF9rajT5Si