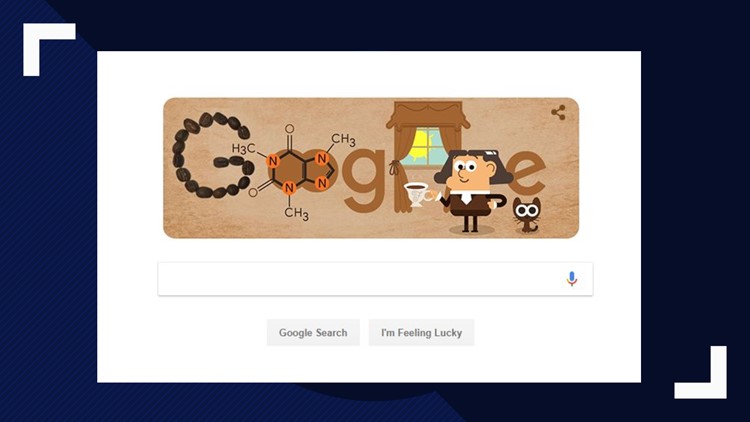 Who is Friedlieb Ferdinand Runge?

If you happen to head to Google today, you'll be greeted with the face of Friedlieb Ferdinand Runge.

Then you'll most likely need to do a Google search on him because who even IS that?

If you're sipping on a latte to keep yourself awake at your desk, you have Runge to thank.

Google
Search the world's information, including webpages, images, videos and more. Google has many special features to help you find exactly what you're looking for.

According to Google's feature on him, Runge was a German chemist in the 19th century. During an experiment, he accidentally splashed a drop of belladonna extract (made from a plant in the nightshade family) in his eye, and took note of its pupil-dilating effects.

A decade later, Runge was asked to recreate his experiment for one of his mentor's friends, Johann Wolfgang von Goethe. Impressed by the young chemist, Goethe gave Runge a bag of rare coffee beans and suggested he analyze their chemical makeup.

That experimentation led to Runge discovering the active ingredient of caffeine.

So coffee drinkers, be sure to say "Happy Birthday" (and thank you) to Friedlieb Ferdinand Runge today!