WATCH: Seagull hits teen in the face while she's on SpringShot ride at amusement park

The video the park captured shows a seagull hitting the teen in the face shortly after the ride launches. 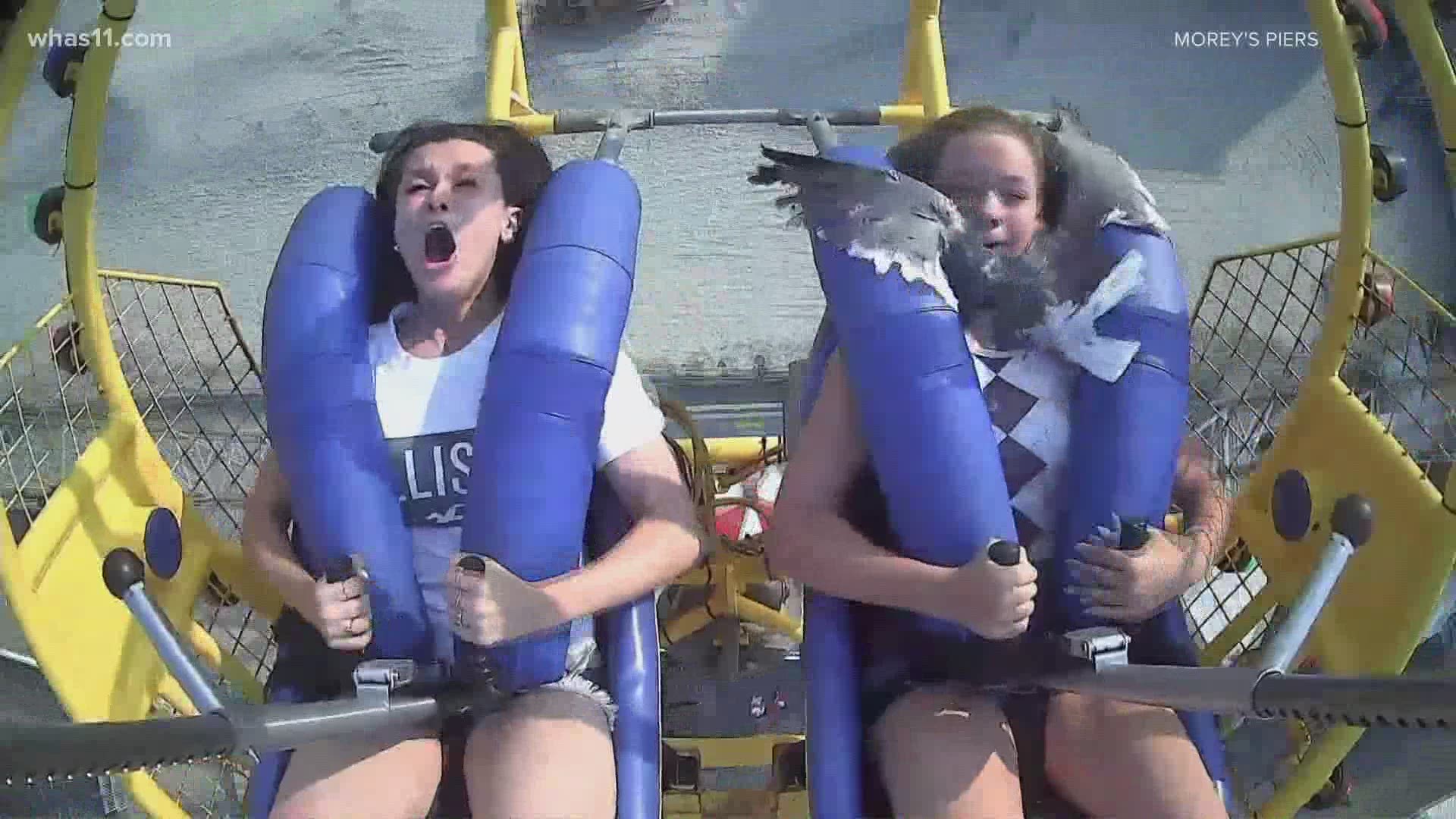 WILDWOOD, N.J. — A teen celebrating her friend's 14th birthday got an unexpected moment, that has gone viral. It happened while she was riding on the SpringShot at Morey's Piers & Beachfront Water Parks in Wildwood, NJ.

Birthday girl Georgia Reed who turned 14 told ABC Affiliate WPVI she hadn't been on that particular ride before wanted to try it. Her friend Kiley Holman, 13, had been on it before joined her.

The video captured by a camera at the park shows a seagull hitting the teen in the face shortly after the ride launches. It then shows her casually grabbing the bird with her hand, throwing it to the side.

Meanwhile, with her eyes closed, Georgia is screaming, sometimes using expletives, to get off the ride. She completely missed the moment Kiley came face to face with the bird until Kiley told her.

The ride shoots you into the air at speeds over 75 mph, according to Morey's Piers website. It does refer to the ride as a CANNONBALLLL! It also offers a video copy of your experience. "Once you’re back down to the ground at a not-as-fast 0 MPH, you can buy a DVD of the whole thing we filmed."

Nothing like memories captured forever of you screaming at the top of your lungs and getting hit in the face by a seagull to share at family gatherings.