Local authorities say they tranquilized the animal and it is fine. A second zebra is still on the lam, police say. 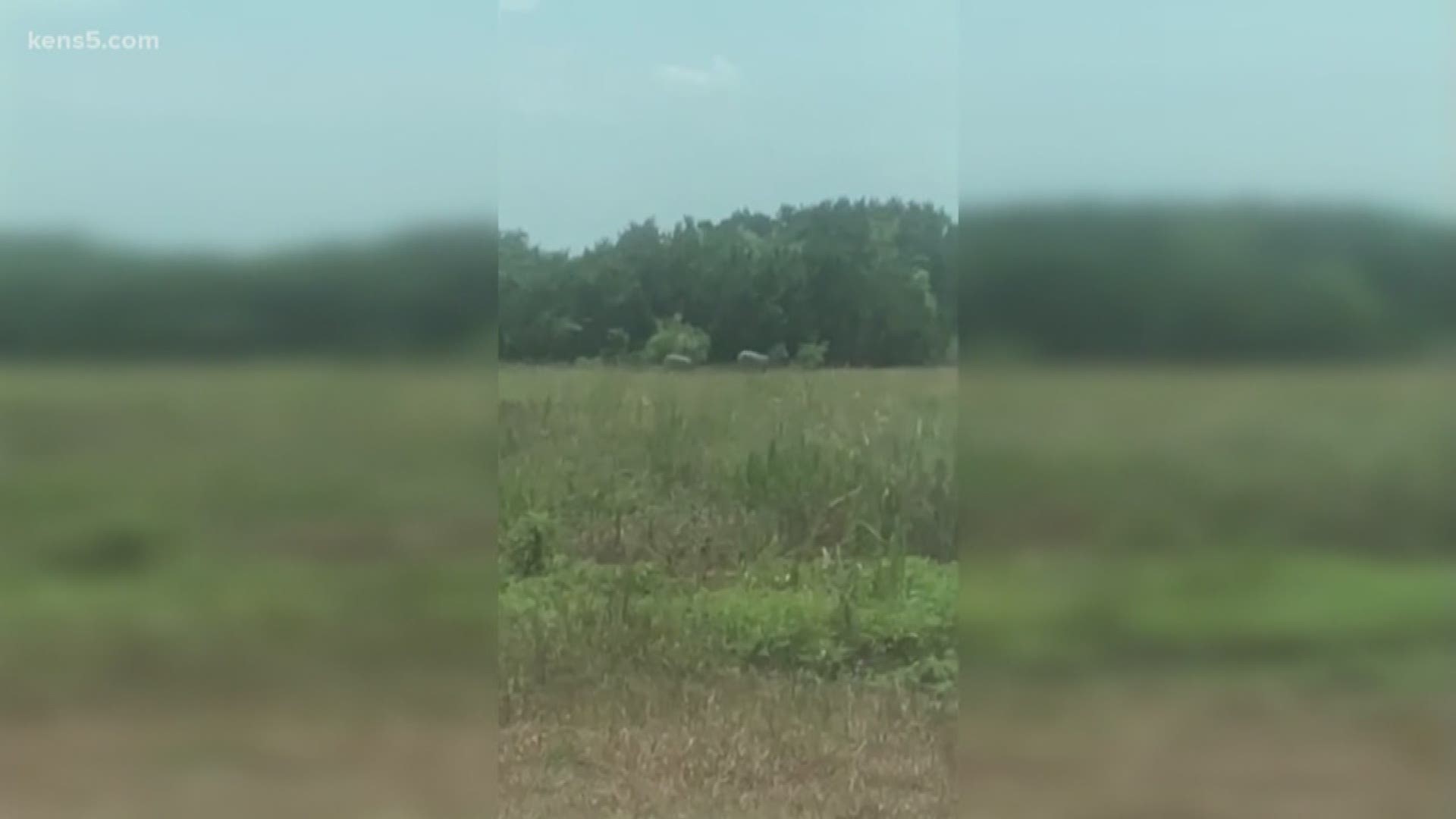 SAN ANTONIO — UPDATE: New Braunfels Police confirmed that one of the zebras who escaped Wednesday has died after being returned to its owners.

It wasn't a burglar or homicide suspect on the lam in New Braunfels Wednesday afternoon, but instead something much more black and white...and four-legged. In fact, there were two of them.

Two zebras were making their way through the city, with video posted by the New Braunfels Police Department showing officers and Animal Control in hot pursuit as one hooved it through the community.

Nathan Gomez and his girlfriend Noey Medina said they saw the zebra running wild and free since noon Wednesday. Medina said she called Animal Control who said at first thought it was a prank. Medina didn't even believe Gomez at first, either.

"I said, 'Look there is a zebra,'" he said. "She didn't believe me. She started laughing."

The couple was shocked to say the least.

"Did they escape from the zoo? Or a circus?" they wondered. "I thought a circus was in town. There is no circus in New Braunfels." 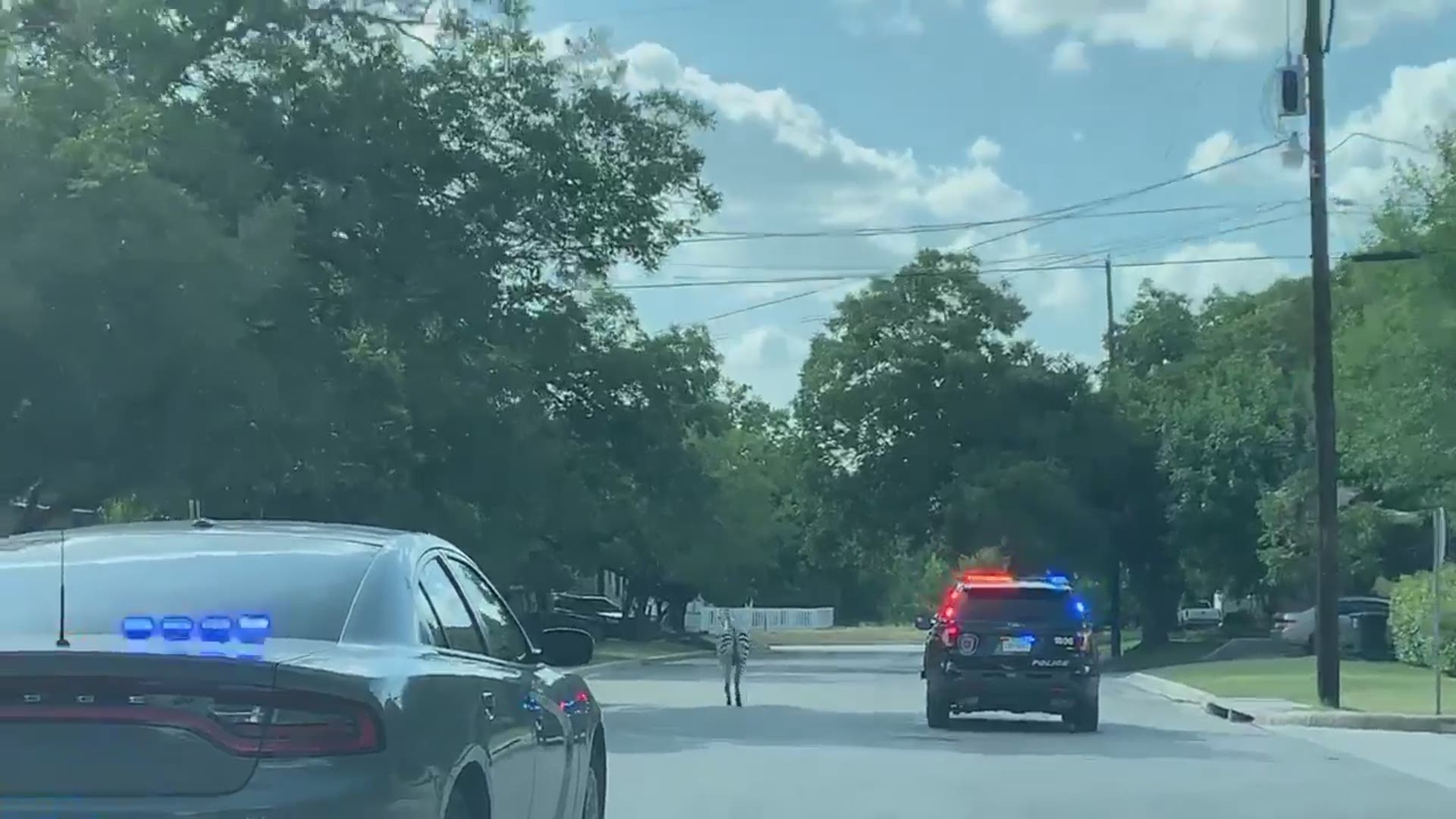 One zebra was caught at about 7:30 p.m. Officials said it was tranquilized and was being safely transported. A small helicopter helped catch the zebra. Seven-year-old Roman Soliz saw it happen.

"I saw the helicopter pick the zebra up," he said.

Police said the zebras belong to a local ranch where they are raised. The two zebras got loose, and swam across the Guadalupe River and just made a run for it.

"We are glad that the animal is safe," the couple said. "Well, at least one of them."