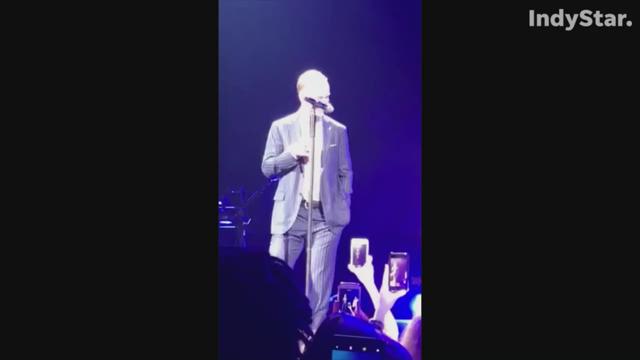 You may or may not hear Peyton Manning talk on NFL telecasts this fall, but the former Colts quarterback sang Saturday night at Bankers Life Fieldhouse.

The University of Tennessee alum and Rhett sang "That Ain't My Truck," a 1995 tale of heartbreak originally recorded by Rhett's father, Rhett Akins.

Manning and his wife, Ashley, served as co-hosts for the annual fundraiser for the Peyton Manning Children's Hospital at St. Vincent.

After Manning and Rhett tackled "That Ain't My Truck," Manning sang Johnny Cash's "Folsom Prison Blues" on his own.

After winning the 2016 CMA award for single of the year ("Die a Happy Man"), Rhett posted a photo showing Manning, Jay-Z and himself to social media. Rhett said Manning sent him the photo in a congratulatory text.