VERIFY: What happens if President Trump's coronavirus diagnosis forces him to drop out of the race for president?

The positive test has raised a lot of questions about what happens in the administration and the campaign. 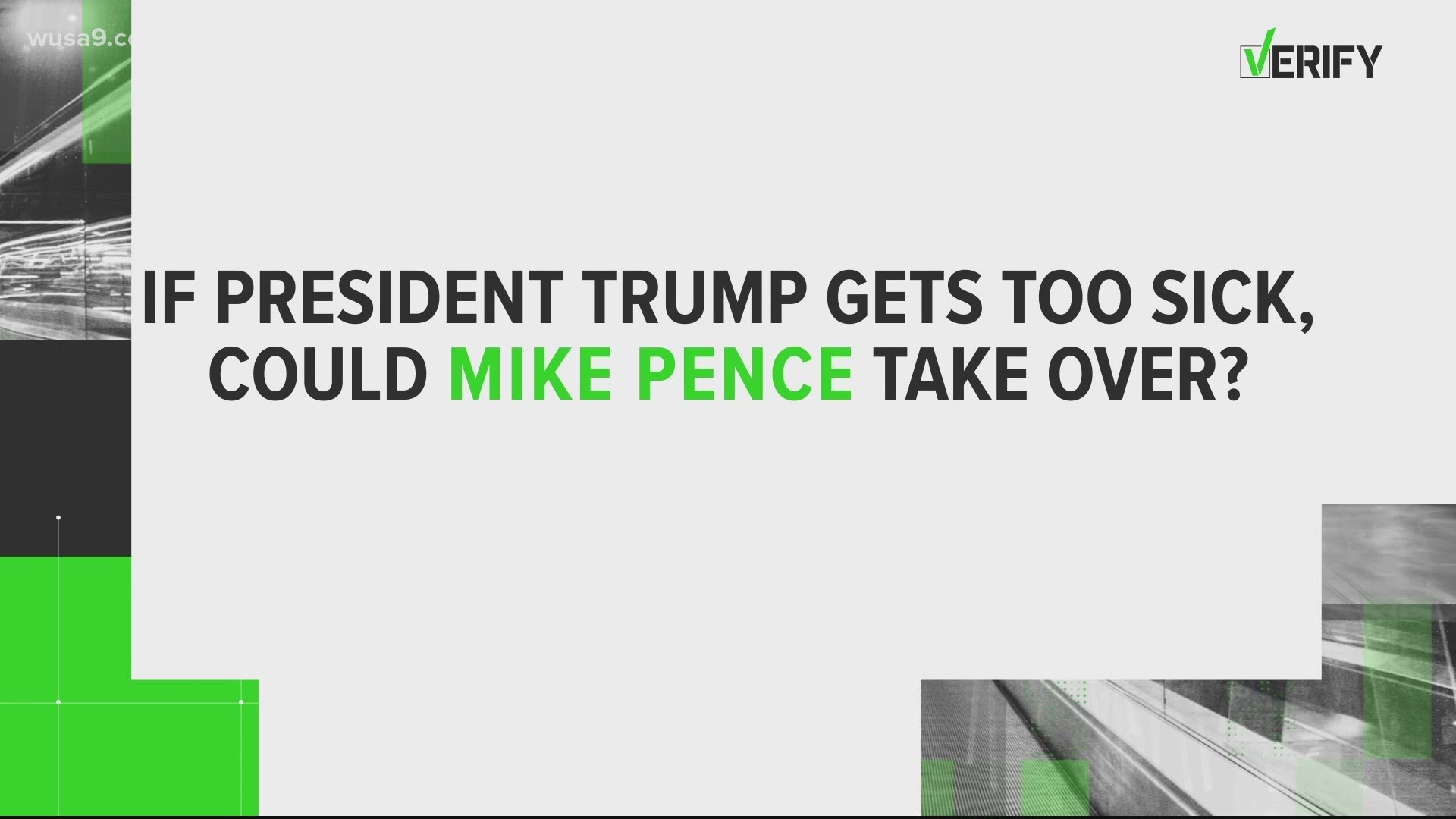 WASHINGTON — With the president diagnosed with COVID-19, it raises some questions. Chief among them, what happens next for the administration and for the campaign?

The Verify team is here to sort through the information that has been coming in.

What happens if COVID-19 forces the president to drop out of the 2020 election?

The Republican National Committee would decide who would replace the president on the ballot.

If the President gets too sick, could Vice President Mike Pence take over?

The 25th Amendment, Section 3 of the Constitution and the George W. Bush Presidential Archives.

Here’s how the it would work; the president sends a letter to the Speaker of the House and the President Pro-Tempore of the Senate.  In the letter, the president would state they are unable to discharge the duties of the office. After that, the vice president takes over the active presidential powers. When the president is ready, they can send another letter back to those two congressional leaders saying they are able to return to work.

The last time this happened was during the George W. Bush Presidency. Twice while President Bush got a colonoscopy, Vice President Dick Cheney assumed presidential powers until President Bush came out of the procedures.

The president has to quarantine, will he miss the next debate?

The Presidential Debate schedule and the Center for Disease Control and Prevention.

The CDC recommends 14 days of quarantine after exposure or a positive test. The next debate is scheduled for October 15th. Based on the timing that would put the next debate at 13 days from now.

Tonight, @FLOTUS and I tested positive for COVID-19. We will begin our quarantine and recovery process immediately. We will get through this TOGETHER!

RELATED: VERIFY: Yes, ballots are being accepted after Election Day in many states, but they still must be postmarked by November 3

RELATED: VERIFY: Do you have to use a black ink pen on mail-in ballots in DC, Maryland and Virginia?