VERIFY: No, K-12 schools in Kentucky are not teaching critical race theory

While KDE is focused on equity in schools, no public schools are teaching the academic topic known as "critical race theory." 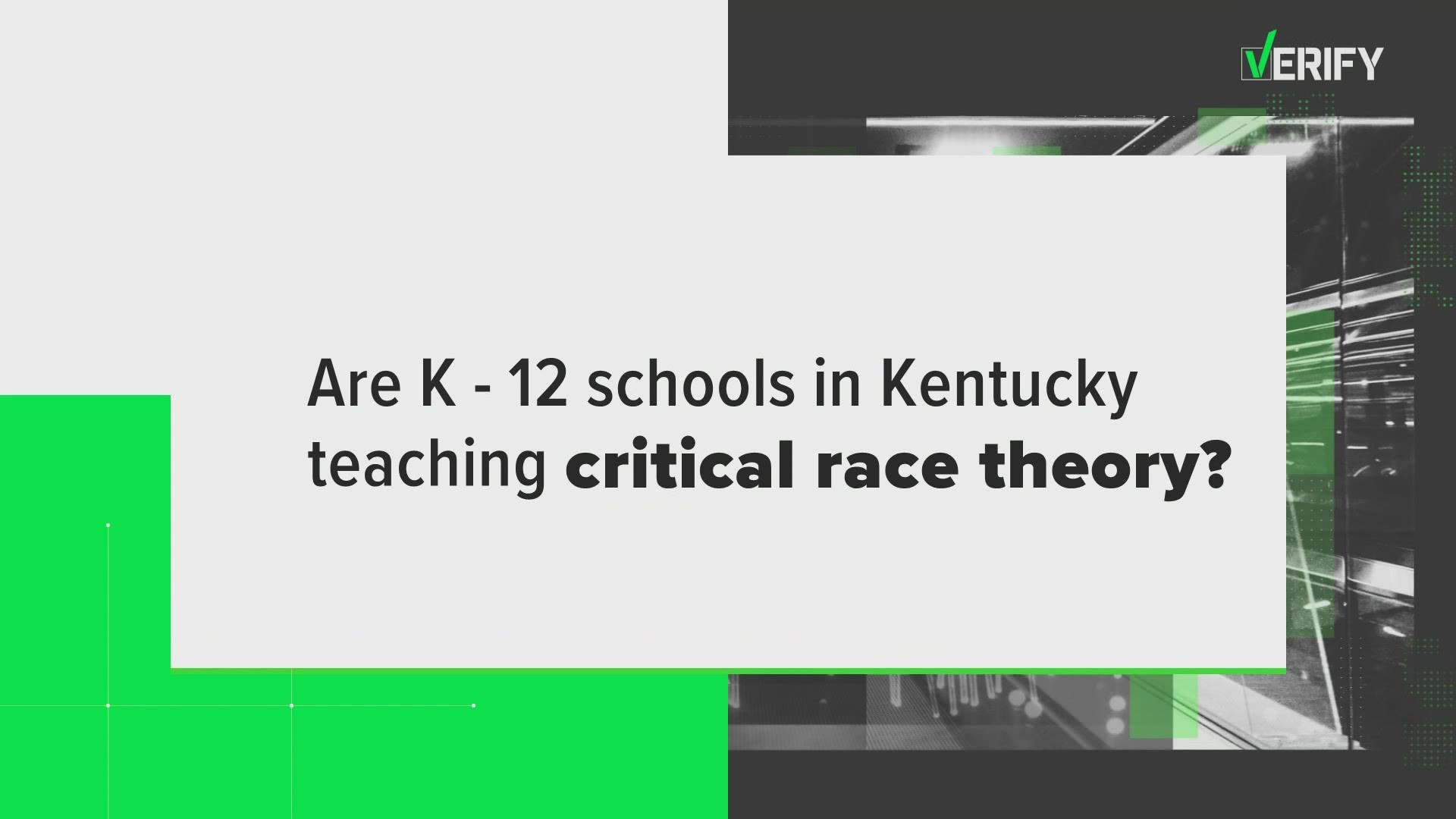 It’s a topic that has gained traction nationwide, and specifically in Kentucky after two bills (BR 60, BR 69) were prefiled in the state legislature that aim to prohibit public schools from offering any classroom instruction or discussion that promotes concepts related to race, sex and religion.

While neither bill mentions critical race theory specifically, Rep. Joseph Fischer (R – Ft. Thomas) said in a press release about the bill, “Critical race theory is not based on facts or evidence but rather serves as a dangerous diversion from education priorities that are actually proven to eliminate disparities.”

No, K-12 schools in Kentucky are not teaching critical race theory.

Cedric Merlin Powell is a professor at UofL’s Brandeis School of Law. He teaches a seminar on critical race theory.

Powell defines CRT as “an analysis of the law and structural inequality, how the law perpetuates inequality through systems and policies that impact people of color.”

At the beginning of this month, KDE Commissioner Dr. Jason Glass gave a statement to the Kentucky Interim Join Committee regarding critical race theory in schools, and the two prefiled bills.

“In terms of the intersection of CRT and Kentucky’s K-12 schools, as you know curricular decisions are left to school-based decision making councils in Kentucky,” Dr. Glass said. “At this time, KDE is not aware of any districts or teachers specifically teaching critical race theory and neither CRT nor terms associated with the theory appear in our state standards.”

We also reached out to the three districts where people came to protest CRT (JCPS, OCS, HCS). They told via phone or email their districts do not teach critical race theory and do not have plans to put it in the curriculum.

Dr. Glass did say KDE is placing an emphasis on equity, which is not the same as CRT. He describes equity as making an effort to ensure that all of students have the support they need to meet academic standards and to reach their full potential as students, citizens and human beings.