Verify: No, FaceApp doesn’t send all of your photos to Russia

People just want to see what they look like when they’re old. Are they unwittingly giving all their photos and data to a Russian tech company? 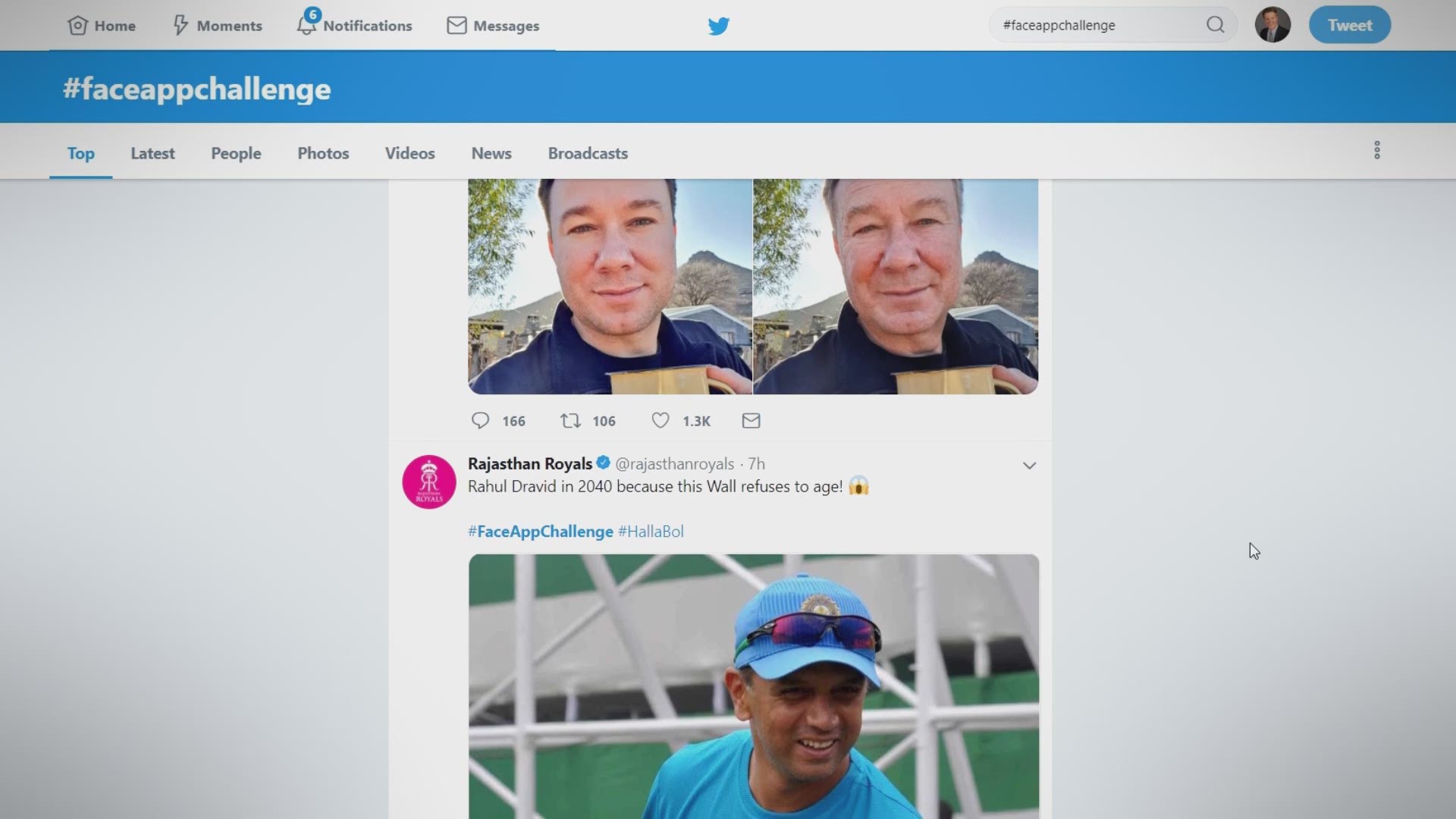 FaceApp is in the news again as the #FaceAppChallenge has millions online applying an age filter to their photos.

If the popularity of the app is anything to go off of, plenty of people are curious to see what aging will do to them.

But a rising number of comments are raising concerns. They say FaceApp is uploading users' photos and data without their knowledge and there are mentions of nefarious Russian ties.

Are FaceApp users unwittingly giving the app access to all their photos and data?

Is FaceApp run by a Russian company?

Should FaceApp users be concerned?

No, FaceApp users are not having all their photos and data taken and uploaded by the app. Users do agree to a Terms of Service agreement when they open the app that gives FaceApp a lot of rights to the photos users upload, but they don’t apply to everything on your phone.

FaceApp users may have reason to be concerned if they didn’t realize the app was uploading some of their photos and had rights to share and save them. But, FaceApp’s photo sharing and storing isn’t much different than other popular apps like SnapChat and Facebook. So if users are OK with those apps, there’s no reason or evidence to treat FaceApp differently.

FaceApp sent a statement about these claims that we’ve been able to VERIFY through outside sources.

When users downloaded FaceApp, they agreed to its “Terms of Use.”

Under section five of the Terms of Use, it says:

“You grant FaceApp a perpetual, irrevocable, nonexclusive, royalty-free, worldwide, fully-paid, transferable sub-licensable license to use, reproduce, modify, adapt, publish, translate, create derivative works from, distribute, publicly perform and display your User Content and any name, username or likeness provided in connection with your User Content in all media formats and channels now known or later developed, without compensation to you.”

Essentially, FaceApp users agreed that the app developers and company can do pretty much whatever they want with the content you approve the app to use.

But approval is the key.

According to FaceApp, they only upload photos that users want to have a filter applied to.

When a user selects a photo that they want to add a filter to, FaceApp uploads that photo to their servers and applies the effect. While some photos that users select are uploaded to FaceApp, the app does not automatically upload or save any photos or content that the user does not specifically choose.

Put simply, if you added a filter to one of the photos on your phone, FaceApp would have that one photo uploaded in their system and no others.

Security Researcher Baptiste Robert confirmed FaceApp’s statement. He goes by the name Elliot Alderson on twitter - the name of a character from the TV show "Mr. Robot."

He pulled data on where the app was connecting to and where it was sending information. His research showed that FaceApp only uploaded the photos that users selected and only connected to FaceApp servers.

Finally, Yes. The company behind FaceApp is based in St. Petersburg, Russia.

But that doesn’t mean anything in regards to whether the app is safe to use or is uploading users content without their permission. There’s no evidence right now to link it with any nefarious plots to take and keep photos or data from users.

There’s nothing wrong with being cautious with apps like these, but it’s important to note that a lot of apps have almost identical permissions to FaceApp.

SnapChat users granted SnapChat the right to use their uploaded photos in any form.

Bottom line: It's definitely good practice to be aware of how much data you are providing to tech companies via apps. But there is no reason or evidence to treat FaceApp differently than SnapChat or Facebook or any other app that you've allowed to access your photos.