VERIFY: Are trendy treats made with liquid nitrogen dangerous?

Is it really dangerous? Our Verify team wanted to see the data. 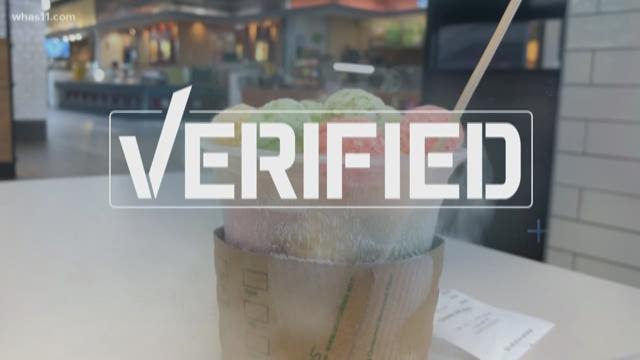 Food prepared with liquid nitrogen is a trendy, new treat, but the FDA has warned that it is dangerous.

That news reached more than 150,000 of you on our Facebook page.

But is it really dangerous? Our Verify team wanted to see the data.

First, we reached out to the FDA since they are the ones that issued the alert. They declined to do an interview, but did send us more information:

The FDA also told us they are aware of an increase in injuries that can be serious and even life-threatening. Our Verify team to know how many?

After two days of trying, the FDA has not responded with those numbers. We even reached out to local hospitals to see if they have seen injuries from liquid nitrogen-treated food. The Jefferson County Health Department, Baptist Health and Norton Healthcare all said no.

But there is the potential for injury if it is eaten right away.

If the liquid is ingested or put on skin before turning to gas vapor it can cause serious damage to skin, esophagus and stomach related to 'flash freezing'.

So, we are able to verify YES, the potential of injury from eating liquid nitrogen-treated food is real, as the FDA insists.