No, hippos are not the deadliest animal in the world

There isn’t an exact count of how many people are killed by hippos each year, but all estimates place hippo deaths far below those caused by mosquitoes and snakes. 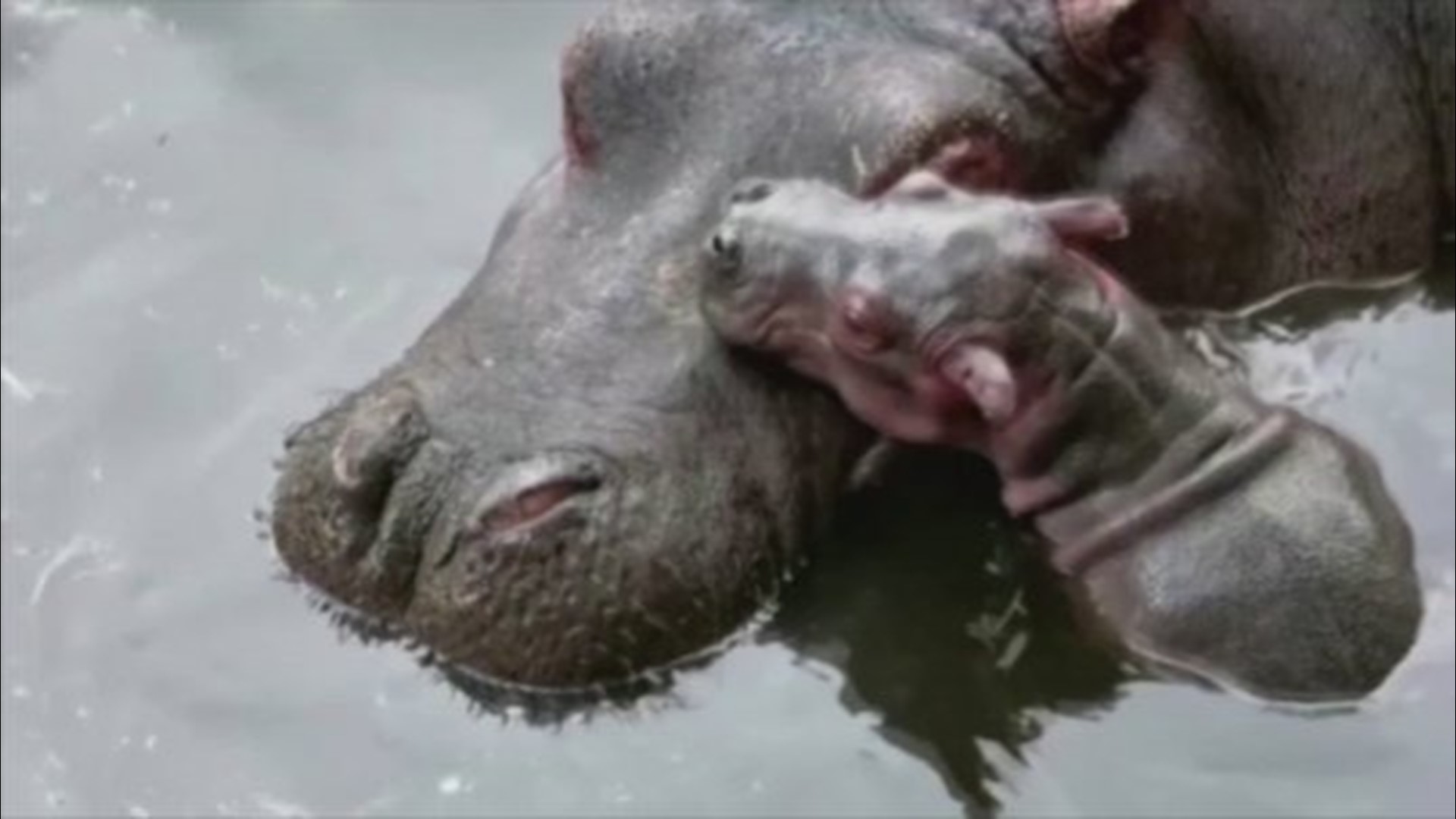 A video posted June 3 depicts a baby hippopotamus from the Cincinnati Zoo apparently playfully biting its trainer. The video gained thousands of likes and retweets when someone shared it with the caption, “to think this is evil.”

The video racked up more than 6.5 million views when another Twitter user shared it with the response: “Look at him... practicing to murder.” Some responses claimed hippos are the deadliest animals to humans.

Are hippos the deadliest animals to humans?

No, hippos are not the deadliest animals to humans. That distinction goes to mosquitoes. However, hippos are dangerous and can be deadly, so it’s not a good idea to hop into the hippo pen at a zoo or bother a wild hippo while on vacation.

Adult female hippos can weigh between 1,400 and 5,000 lbs when fully grown. And their weight isn’t the only thing that makes hippos dangerous. The San Diego Zoo, which also raises hippos, explains online that hippos’ canine teeth and incisor teeth grow continuously, and the canines can reach 20 inches in length.

“Despite the hippos' cute appearance, they are among the most dangerous and aggressive of all mammals,” the San Diego Zoo explains. “A hippo can kill people if it's provoked or feels threatened. But the impressive tusks and canine teeth are used mainly for defense or fighting with other hippos.”

“I used to work in a park and the hippo can run,” said Philip Muruthi, a conservationist with the African Wildlife Foundation. “They can run up to 40 kilometers/45 kilometers an hour [about 25 mph]. And that means for humans, a hippo can catch up with you pretty easily.”

But Muruthi explained that despite the animal’s reputation, it’s not going to go out of its way to seek out a human to attack.

“A hippo has no reason to become a habitual human attacker because they eat vegetation,” Muruthi said. “That’s why it’s important to get educated rather than to label the hippo as a dangerous animal — to understand the animal, to understand not to get too close, to understand the need to plan our land properly. Hippos will avoid humans, they won't try to come to human dominated areas.”

He said hippos, like any wild animal, will react and defend themselves if people get too close to them. He stressed that the swamps and rivers that make up the bulk of hippos’ habitat need to be secured so they can exist without being encroached upon.

However, whether intentionally, by necessity or by mistake, people do get too close to hippos and are killed by them. There aren’t any official tallies on the annual number of deaths to hippos, or to most other animals, but many websites and articles reference an Encyclopedia Britannica article that estimates 500 to 3,000 people die from hippo attacks each year based on “accounts” recording the information.

A study found there were 11 patients admitted to the emergency room of a Burundi hospital because of hippo bites over a two-year period. “Our data showed that during 2017–2018, animal bites represented 0.6% of the overall emergency department visits, of which 8% was caused by hippopotami,” the researchers wrote. However, hippo bites caused severe injury or infection more often than most other animal bites. The researchers believed this to be because of “crushing trauma” from the hippos “rather than the commonly described bite wounds of scratches, punctures and avulsions.”

The authors of the study confirmed there is no official data on how many humans die from hippo attacks annually.

“The human mortality rate from hippopotamus attacks is unknown but it is estimated to range from 500 to 3000 per year,” the study says. “This estimate comes from a few non-medical published papers; we did not find data in the medical literature regarding fatality rates.”

They did reference an older study that found hippo attacks resulted in fatalities of 87% of victims, a rate that’s significantly higher than that of lions or leopards.

“The probability of being killed by a hippopotamus attack (case fatality rate) is thought to be in the range of 29 to 87%,” the authors of the Burundi study wrote. “This compares to a death rate following a grizzly bear attack of 4.8%, shark attack at 22.7% and crocodile attack at 25%”

Although there aren’t official tallies of how many people die to hippos annually, the estimated totals come nowhere near that of the world’s deadliest animal. The not-for-profit World Mosquito Program and the American Mosquito Control Association say more than 1 million people die from mosquito-borne illnesses each year. The CDC calls mosquitoes “the world’s deadliest animal.”

Several other animals are believed to be deadlier than hippos, as well. The World Health Organization says between 81,000 and 138,000 people die from snakebites each year. The WHO also says dogs cause thousands of deaths annually, mostly because of rabies spread in countries with low and middle incomes. “An estimated 59,000 people die annually from rabies, and bites from rabid dogs account for the vast majority of these deaths,” it says.

Muruthi offered a final takeaway for people who may see hippos at the zoo or in the wild.

“If you are a tourist or you're watching an animal, give the animal space. Even an animal that you like, that you love. It’s still wild and therefore staying away is quite useful,” he said.

Our journalists work to separate fact from fiction so that you can understand what is true and false online. Please consider subscribing to our daily newsletter, text alerts and our YouTube channel. You can also follow us on Snapchat, Twitter, Instagram or Facebook.