The campers are paired up with four project partners who each have a different disability. 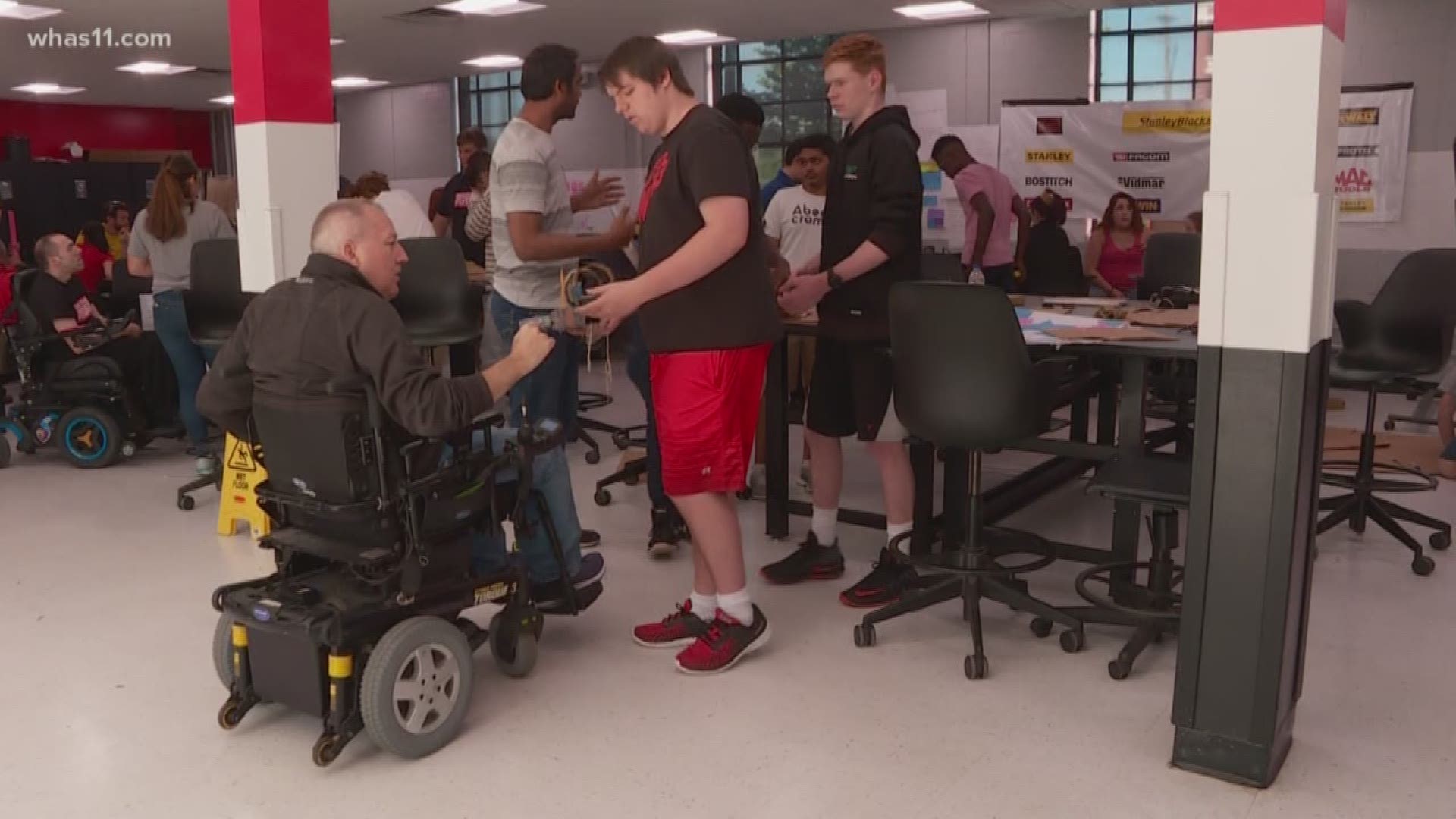 LOUISVILLE, Ky. — Most teens spend their summers out of the classroom, but that's not the case for a group of local high schoolers. They are dedicating their week to a unique camp on the University of Louisville campus.

The campers are paired up with four project partners who each have a different disability. They first met with them Monday to figure out what product would help them the most. All week long, they're designing and testing custom prototypes with those partners.

One will help a wheelchair-bound woman drive better during rough weather.

"A lot of times getting out of my car when it's raining or snowing or anything like that can be tricky because I get all wet,” Michelle Bazeley said. "A lot of times I have to reconsider whether or not I want to go somewhere, or think if I can wait until it stops raining.”

Another will help a man with limited hand-use better pick up things when they fall.

"I really don't have any fine dexterity, so I need something that's a little more complicated or complex for me to be able to reach something on the ground that I dropped,” David Allgood said.

They may seem like simple concepts, but the partners said they will make life that much better.

“In a lot of ways, it dictates what I am able to do, so I'll be a lot more free and capable to do my job, to go meet appointments and things like that,” Bazeley said. "I think it's really inspiring to see that younger people want to learn about things outside of their circle or their box that they live in. They've talked a lot this week about empathy and about seeing the world through someone else's eyes. I think that's a really great message to send to people as they're starting their careers or learning their skill."

“This would make it a lot easier when I drop my phone or bottle of water or glasses. It would make my life much more convenient,” Allgood said. "Hopefully, we're breaking down some stereotypes, removing some stigmas that they had in their minds about people with disabilities. So, I think it's really a win-win."

On top of helping others, students are gaining skills they can put into both professional and personal practice.

"My mom is getting older, and sometimes she has trouble reaching things and picking up things because her muscles are getting weaker, and I wanted to help her become more independent,” Eastern High School sophomore and camper Tricia Parrill said.

"I want to be compassionate, so I want to always give back to the community that helps me push forward and do better,” St. Xavier High School junior and camper Edler Jonhatan said.

Stanley Black & Decker donated about $10,000 worth of tools to help the students create their final designs. This is the first year for the camp. It's also happening at Stanford, Boston University and University of Kansas. The director knows UofL President Dr. Neeli Bendapudi from there and partnered with her to make this all possible.