Robert Goforth, Ike Lawrence and William Woods are challenging the sitting governor for the Republican nomination 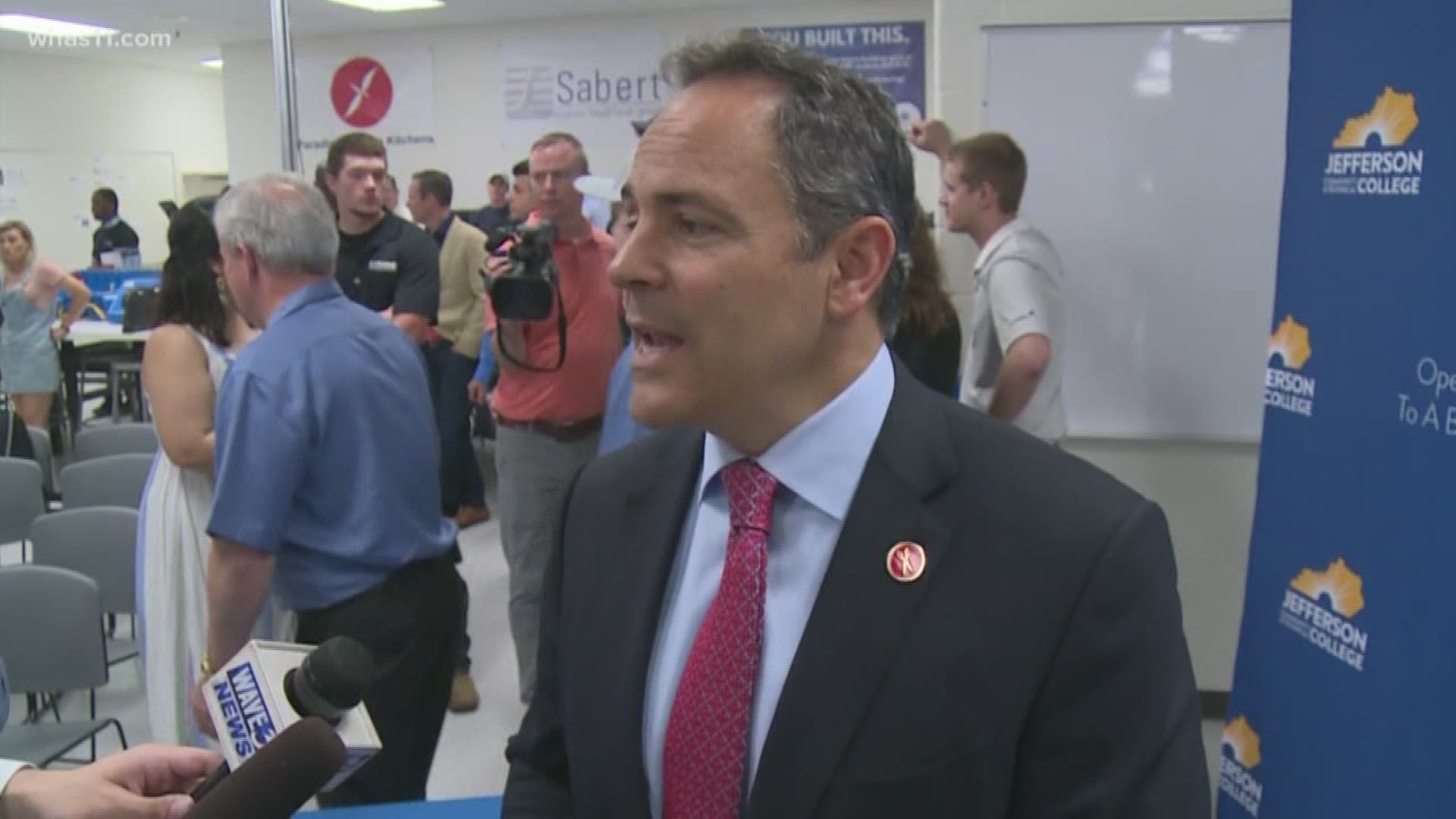 LOUISVILLE, Ky. (WHAS11) -- Governor Matt Bevin will face opposition from a sitting state representative in his own party and two others on primary day.

With only a weekend to go before the gubernatorial primary, a contender trying to unseat Governor Bevin is calling him un-elected come November. But the governor says anyone running just to be popular is missing the point.

Governor Bevin wants another four years in office. Unemployment levels are at historic lows and the Republican-led general assembly has passed several pro-life bills. Bevin’s found himself in numerous legal battles with Attorney General Andy Beshear, not all of which he's won. His public battles with teachers and public employee unions has led to popularity poll lows opponents have tried to take aim at.

One of those opponents is 89th District State Representative Robert Goforth, who won election last year for his state house seat.

On a trip to Louisville Friday he focused on popularity polls.

"We are the only ticket that can win in November for the Republican party,” Goforth said. “[Bevin’s] approval rating across the nation and in Kentucky sends a message to people that he cannot be re-elected in November no matter what.”

Bevin has countered, saying "I’m the governor of Kentucky. As a guy who never led in any poll ever I don't understand this. Anyone who is setting out to be governor hoping to be popular is not the person that Kentucky needs. The reason we have the problems that we have in this state is because people have kicked cans down the road and kicked cans down the road. When you kick cans down the road it makes you popular because you don't make hard decisions and you don't clean messes up and you lie about things and you cheat people and you embezzle people. Look at the corruption in the previous administration.”

Republicans have two more names to choose from on Tuesday.

Ike Lawrence describes himself as an entrepreneur, preservationist and landlord. He's also the executive director of the Lexington Squash Racquets Association. His platform includes lowering the legal "beer drinking" age to 19 for all Kentuckians, 18 for those in the military.

William Woods is a school bus driver and real estate agent. His Facebook page says he is also an ordained minister in the Universal Life Church.