The BLVD: A brand new plan for "Old Walnut Street"

A new plan was unveiled for "Old Walnut Street," presently known as Muhammad Ali, on March 29. 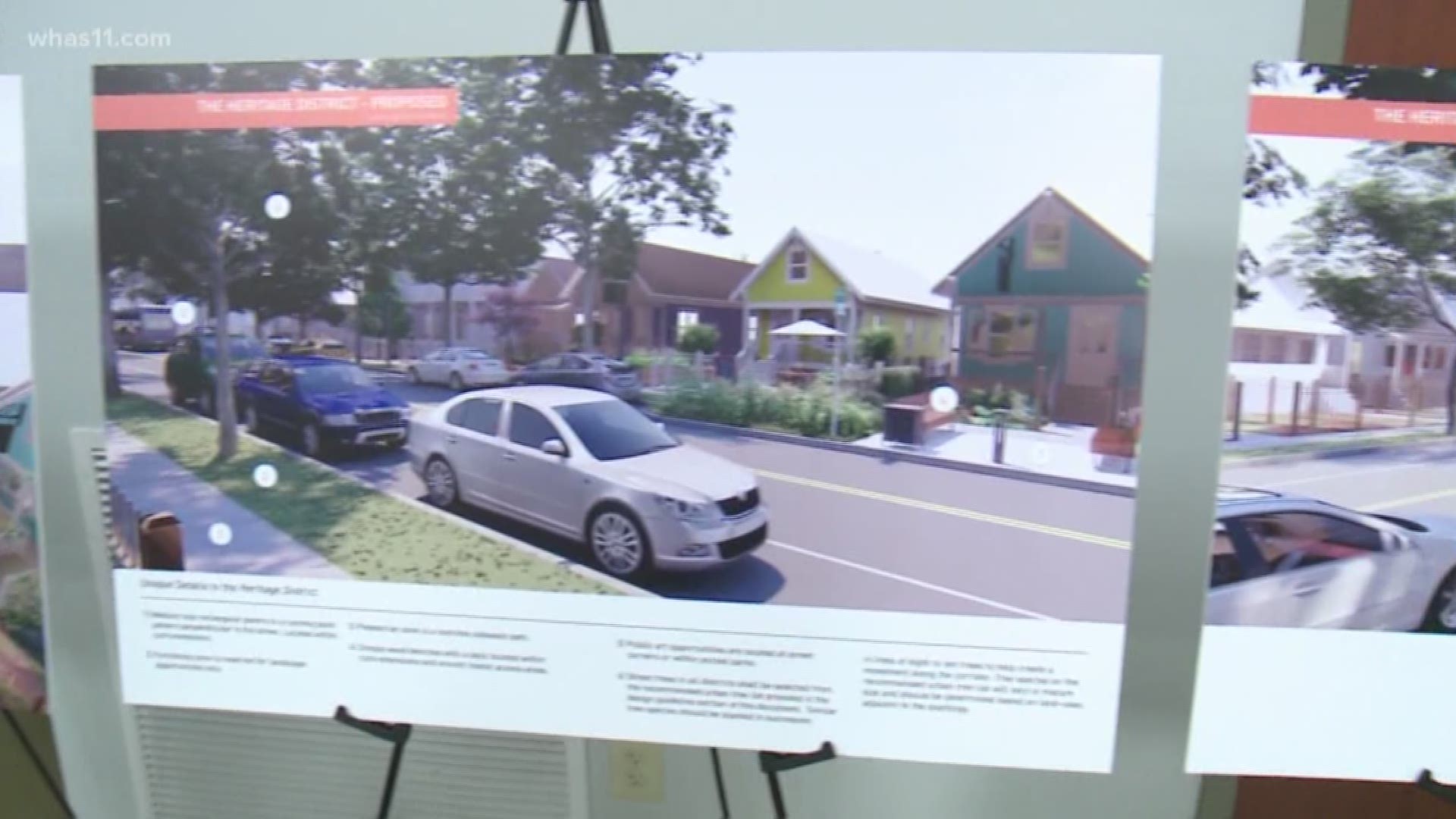 LOUISVILLE, Ky. (WHAS11) -- Economic transformation and gentrification. That was the topic of a public talk held at the Louisville Central Community Center (LCCC) on Thursday evening.

West End leaders used the event to unveil a new plan for “Old Walnut Street” (now Muhammad Ali). The plan, spearheaded by the LCCC, creates an arts, culture, and innovation district. The name for the new project is called, “The BLVD.”

In the '40s and '50s, Walnut Street was full of black-owned businesses, drawing people from all backgrounds to shop and be entertained. Most of that was torn down in the '60s as part of urban renewal. Urban renewal also brought 9th Street, a dividing line between West Louisville and the rest of the city. If the new plan for “Old Walnut Street” becomes a reality, it will be a sucker punch to the divide, sending commerce right into the heart of West Louisville.

The plan starts at 5th Street, and runs through to 22nd Street. It includes three districts: Garden, Walnut, and Heritage. With wide sidewalks, shopping, mixed housing and entertainment, the goal is to make it a destination for tourist and Louisville natives.

Thursday evening leaders talked about the importance of West End residents getting to stay involved in the project.

“We need to talk about ownership of homes and businesses,” said Reverend David Snardon. “It would be a sin and a tragedy if someone else outside of our community, who already has a lot of money, comes in and makes life changing legacy money off of our backs and we work and live on somebody else’s property. This conversation is about ownership.”

Pastor Kevin Cosby echoed that idea when he said, “Gentrification is to take the poor out of the city and remove them, and to bring in the affluent.” He went on to say, “When it comes to gentrification, the poors and the blacks get screwed because in too many situations, blacks have had public officials, but in many instances, they have not had representatives.”

The LCCC has been working on the idea of “The BLVD,” for several years. It’s worked with Mayor Fischer, Louisville Forward, and the Metro Housing Authority. Kevin Fields, president of the LCCC talked about the importance of this type of transformation.

“For all of its years of existence, we worked hard to serve families and children with the idea of helping them become self-sufficient,” explained Fields. “We realized as we were successful in fulfilling our mission in advancing self-reliance, that we were really creating a situation where when our families were successful, they would tend to migrate away from Russell. So, we have to start thinking differently about our purpose as an organization. We took on this idea of “Old Walnut Street” as a way to be a catalyst of transformational change in this neighborhood and to stimulate a neighborhood that is a neighborhood of choice, that individuals and families will want to be in this neighborhood.”