Several sources tell WHAS11 that TEG Architects CEO Wayne Estopinal was on the plane and was headed to Chicago for a conference. Estopinal was once the face of Louisville City FC's ownership group. 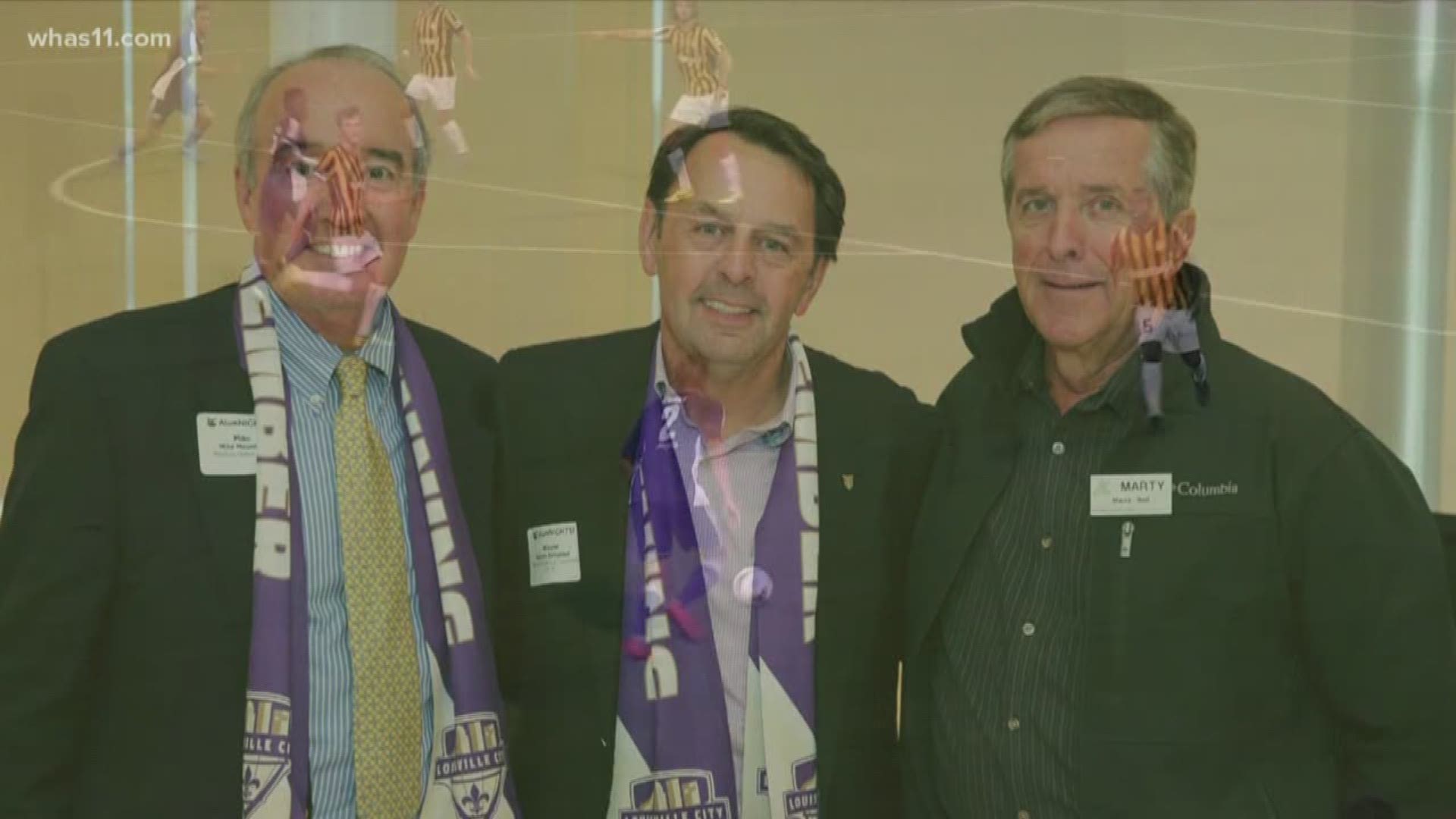 INDIANA (WHAS11) – A small corporate jet crashed in Borden, Ind. on Friday and, according to the Clark County Sheriff's office, there are multiple fatalities.

Indiana State Police First Sgt. Nagle said at least three people are were killed in the corporate jet crash. The jet was a Cessna Citation C525.

The jet took off from the Clark County Airport, located in Sellersburg, Ind. The airport said it left at 11:24 a.m. with "allegedly three people aboard the flight". That number includes the pilot.

The plane crashed in a wooded area in the 2600 block of Crone Road. It was first reported at 11:28 a.m. to dispatch on Friday. Indiana State Police First Sgt. Nagle said the plane was headed to Chicago. 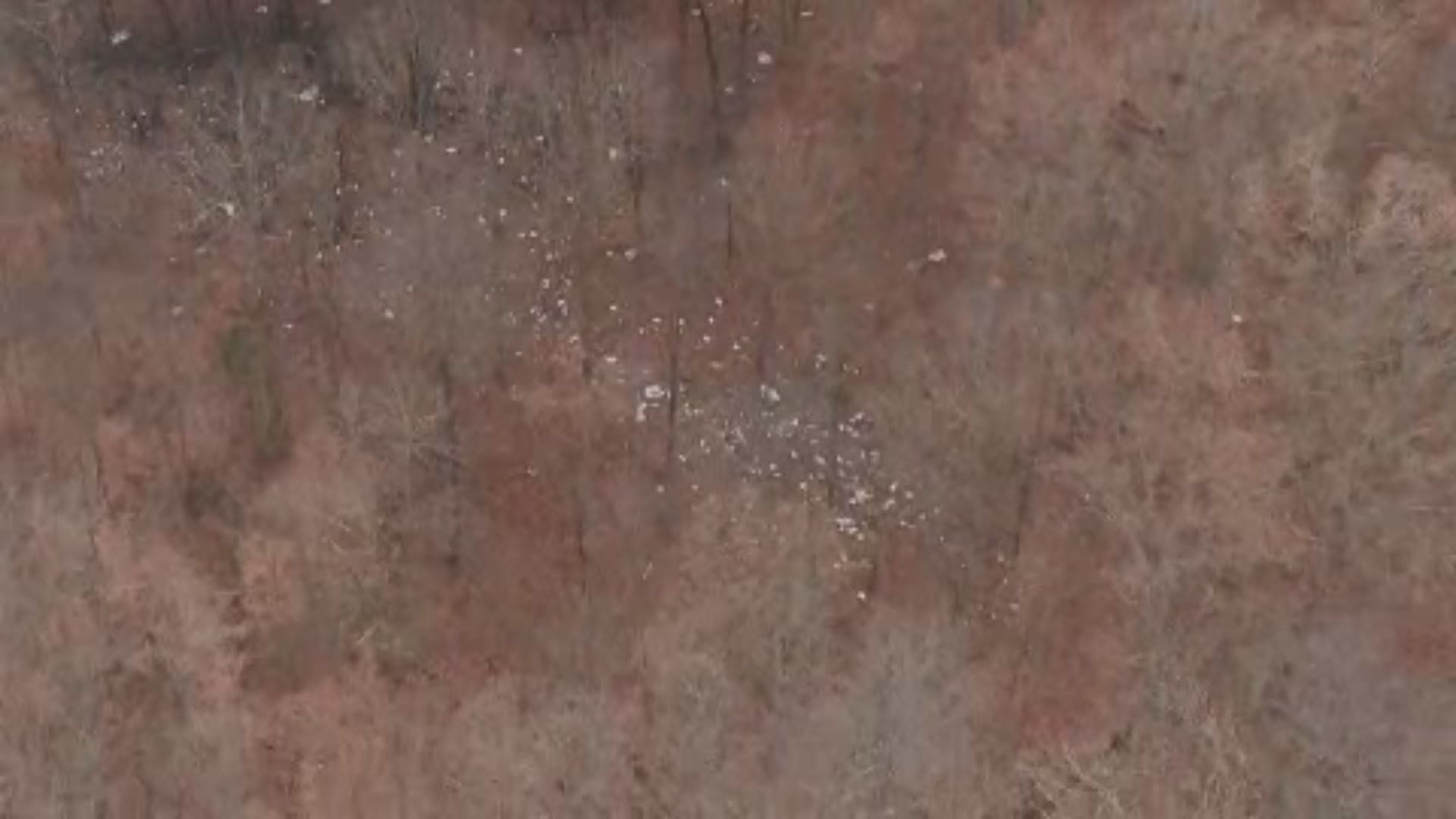 Several sources tell WHAS11 that TEG Architects CEO Wayne Estopinal was on the plane and was headed to Chicago for a conference.

Estopinal was once the face of Louisville City FC's ownership group.

“We at LouCity are deeply saddened to hear of the passing of club founder Wayne Estopinal," President Brad Estes said. "We would not be the club we are today without his innovation, leadership, and hard work, and his contributions to the community are something for which we are incredibly grateful. Our hearts are with Wayne’s family and loved ones at this time.”

Estes and the rest of Louisville’s soccer community are still coming to terms with the tragic plance crash that took Wayne’s life.

“I know people that have ridden on that plane. To know that that's how, how things ended for him, it's just, it's not right and it's not fair,” said Jason Ence, a Louisville City FC fan from the beginning.

Ence and other LouCity fans told WHAS 11 News that they are certain there would be no soccer club if it wasn't for Wayne’s determination and expertise.

“Wayne had said MLS is not something that can happen in Louisivlle right now, but USL is definitely an opportunity,” said former Coopers President, Taylor Sorrels.

“The man who brought hope to this city, the man who moved us forward, now that we have our stadium, our team,” said Father David Sanchez, a LouCity fan and pastor of St. Joseph Church in Butchertown where the new stadium will be built.

The Jeffersonville neighbor was a businessman and a philanthropist, as well. Jeffersonville Mayor Mike Moore said “Wayne was huge supporter of Jeffersonville, his hometown. While Wayne’s creativity was felt well beyond Jeffersonville, his desire and tenacity to make our city better is what we will remember him for the most. Whether it was his restoration of City Hall at the historic Quartermaster Depot, the award-winning design of Big Four Station or his recent champion of a new downtown elementary school, Wayne’s impact will never be forgotten,” in a statement.

“For somebody as important as Wayne has been, for not just soccer in this community, but for the city as a whole whether it be bringing professional soccer here to Louisville or the charities that he's worked for, it's a huge loss,” said Ence.

Jamey Noel, the Clark County Sheriff, said this was a tragedy. He said it was very difficult to access the scene of the crash, due to it being in a wooded area.

The following officials released statements on the news of Estopinal's passing:

We are extremely saddened to learn of the untimely death of Wayne Estopinal. This is a terrible tragedy for our city and community.

Wayne was a lifelong Jeffersonville resident and successful business owner. His firm, TEG Architects, was an international architecture firm located on Spring Street.

We should never forget that Wayne cared deeply about giving back to his hometown. He never lost sight of his roots. He loved Jeffersonville, and because of that, we are better off.

Please keep the Estopinal family, his employees, and the other victims involved in this crash in your thoughts and prayers.” – Mike Moore, Jeffersonville Mayor.

"Wayne Estopinal was a strong, innovative business leader known for dynamic building design and his tremendous vision that helped to bring professional soccer to Louisville, and by helping it succeed. I'm deeply saddened to hear of his passing." —Mayor Greg Fischer

“Greater Louisville lost a great corporate citizen today. Wayne was very active in the soccer community and will be missed by us all. We mourn this inexpressible loss and today acknowledge his contribution to Louisville City FC and the entire Louisville soccer community.” – John Neace, principal owner of LouCity

“It is with deep sadness that we inform you that R. Wayne Estopinal, a Ball State University Board of Trustee member and a 1979 graduate of our College of Architecture and Planning, has passed away in a plane crash today in southern Indiana. He was an exceptional leader and passionate supporter of the University. As we mourn this loss to our Ball State family, we ask that you keep Wayne’s family and friends in your thoughts and prayers. As we learn additional information, we will communicate that to you.” – Rick Hall, Chair of Ball State University Board of Trustees

“All in our community are saddened by the tragic loss of Wayne Estopinal. Wayne was a successful business leader, an engaged citizen, and a longtime member of the GLI family. We express our sincere condolences to the families and friends of Wayne and all of those lost in today’s crash.” -- Kent Oyler, President & CEO of GLI

"The Coopers are devastated by the news of the passing of Wayne Estopinal. Professional soccer in the city of Louisville would not exist had it not been for his commitment and guidance. Wayne was with us from the beginning, having joined us for those first meetings in late 2013. In fact, the Coopers might not even exist had it not been for his willingness to engage and put forth his plan for Louisville soccer. His tireless enthusiasm for our shared vision set the wheels in motion for the incredible success we have experienced. Our hearts are heavy, and our thoughts are with the Estopinal family and indeed all those who knew Wayne. We hope to be able to show our appreciation for Wayne in our unique fashion at some point in the very near future." -- Tom Farmer, President, The Coopers