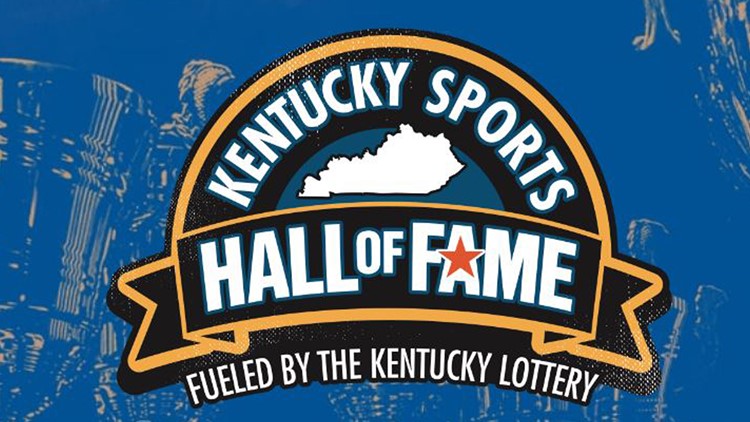 LOUISVILLE, Ky. — Six individuals' contributions to sports are being recognized as they have been selected as the 2019 class of the Kentucky Sports Hall of Fame fueled by the Kentucky Lottery (KSHOF).

The 42nd KSHOF includes two Louisville natives Derek Anderson and Nate Northington. Anderson was an all-star basketball player at Doss High School and member of University of Kentucky basketball national championship team in 1996, 11-year NBA veteran and NBA champion (Miami Heat, 2006). Northington was an all-state high school football player (Doss High School), who played at the University of Kentucky and was the first African-American ever to play in an SEC football game.

The list also includes University of Louisville star wide-out Deion Branch, all-conference wide receiver, 13-year NFL career and Super Bowl MVP; William Exum, a trailblazer as both an athlete and sports administrator; Ralph Hacker (Richmond), an innovator in sports radio networks and programming; and Willis Augustus Lee (Natlee), one of the most decorated U.S. Olympians ever who won seven medals in shooting events at the 1920 Olympics.

Louisville Sports Commission President and CEO Karl F. Schmitt, Jr is proud of the 2019 class contributions to the sports world.

"The KSHOF Class of 2019 recognizes six outstanding individuals who have had a major impact on sports in the Commonwealth and on the national and international stage," said Schmitt.

The 2019 KSHOF class members and their families will be honored on Aug. 19, 2019, at the Galt House Hotel in downtown Louisville. For ticket information or sponsorship opportunities, contact Julie Howell at jhowell@louisvillesports.org / (502) 587-6742