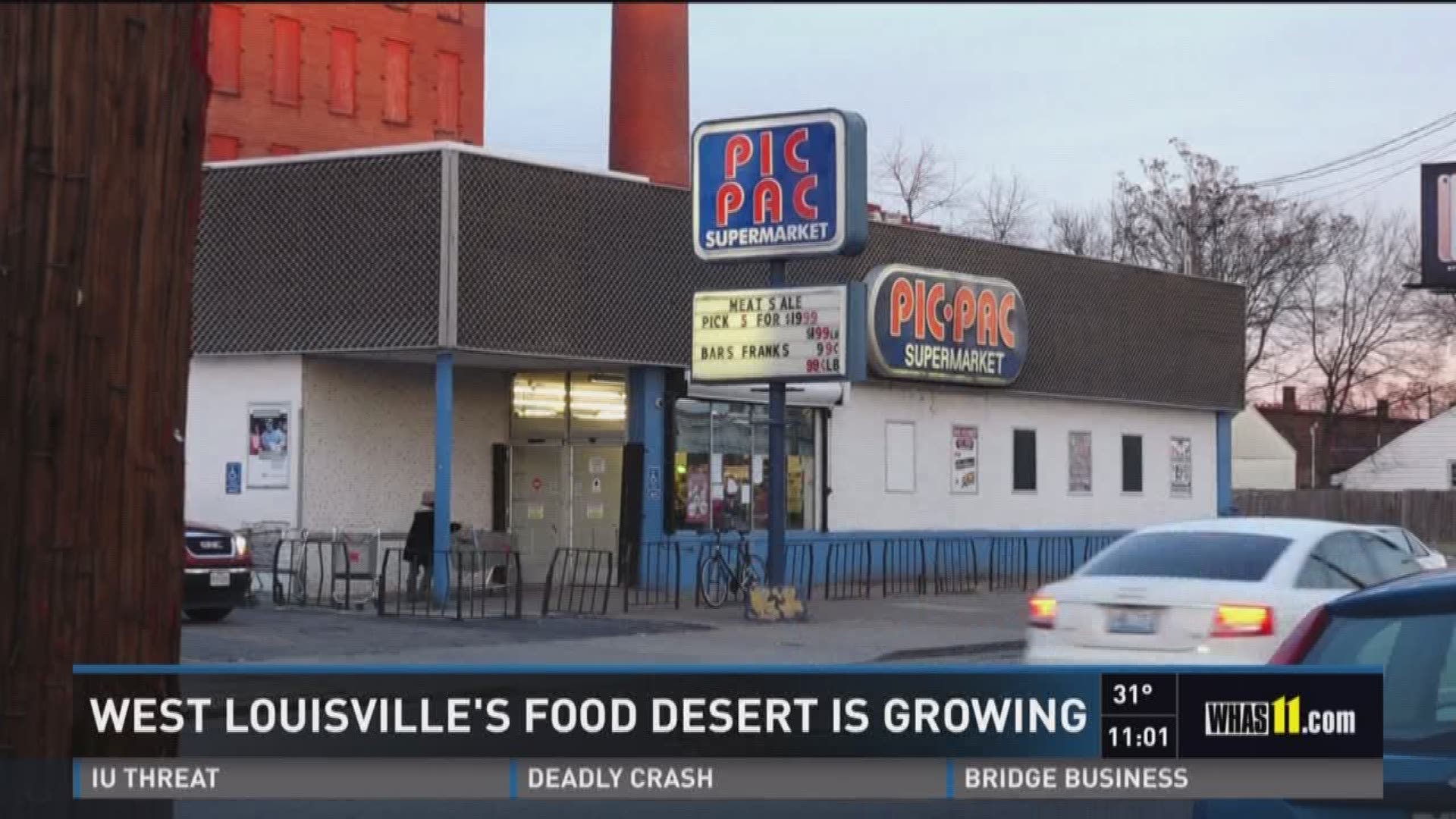 LOUISVILLE, Ky. (WHAS11) – "The business has just not been here like we have liked," Matt Reasor, the owner of Pic Pac Supermarket, said.

After 34 years, he feels it's the right time to close-up shop. He said the supermarket as seen better financial days. "It's progressively gotten worse," he said.

Reasor said he can no longer compete with the big box stores like Dollar General. He noticed a downturn in sales about a year and a half ago.

"From my point of view, I just didn't feel we could survive any more competition," he said.

The closing is catching the attention of Councilwoman Cheri Bryant Hamilton. The store is in her district.

In a statement, she tells WHAS11, "Folks in the already transportation challenged Portland and Russell neighborhoods will have to travel even further for everyday staples or fresh fruits and vegetables that other neighborhoods have an abundance of. We must focus more efforts on bringing this kind of retail back to West Louisville," she said.

Reasor knows it will be a challenge for many of his customers who walk to the store to find other nearby full-service grocery stores. This is the latest blow for west Louisville, which is often referred to as a food desert. Reasor is also working to find other employment for his 34 crew members. Some have been with him for decades.

"You try to feel like you're doing something good for them by trying to place them, but it feels like you're just stabbing them in the back. It's a tough decision," he said.

The supermarket will close at the beginning of the year.