The child's mother posted the video on Facebook saying, "This Winnie the Pooh melted my heart and knew exactly what to do!" 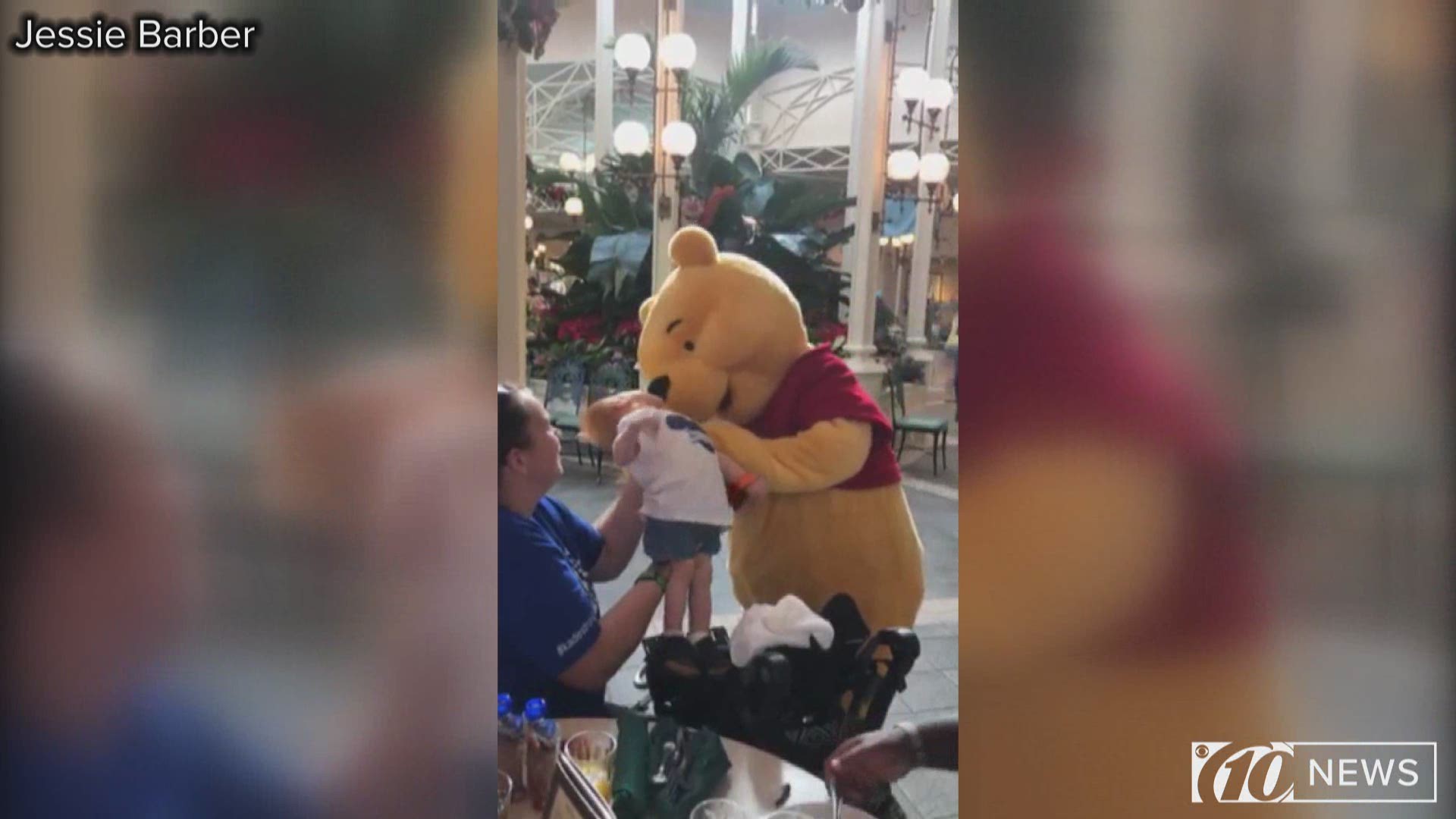 ORLANDO, Fla. -- Amidst the hustle and bustle of The Crystal Palace restaurant at Magic Kingdom, one Winnie the Pooh cast member made sure a child with disabilities got a magical experience.

One of the boy's mothers, Jessie Barber, posted a video on Facebook showing the honey-loving bear greeting her son, holding his hand and nuzzling his face with his nose.

Barber shared the video saying, "For those of you who have disabled children know the [feeling] when people look but aren't sure how to interact with your kiddo. This Winnie the Pooh melted my heart and knew exactly what to do! He spent 10+ minutes with our little guy and he loved every second of it."

Barber said they were at the character breakfast at The Crystal Palace when the interaction started. Her wife, Allison, was holding him for Pooh.

Barber said Pooh was "very gentle and caring." She said her 18-month-old son has cerebral palsy and is unable to communicate other than smiling and facial expressions.

"This was his first time at Disney World," Barber said. "I had no idea the video would go viral. We were just hoping to reach other special needs families to show this amazing interaction and that it is worth the trip to Disney."

The video shows just a couple of minutes of the interaction, but Pooh doesn't let go of the boy's hand the entire time. And in between Pooh nuzzling the boy's face and hair, he breaks out in small smiles.