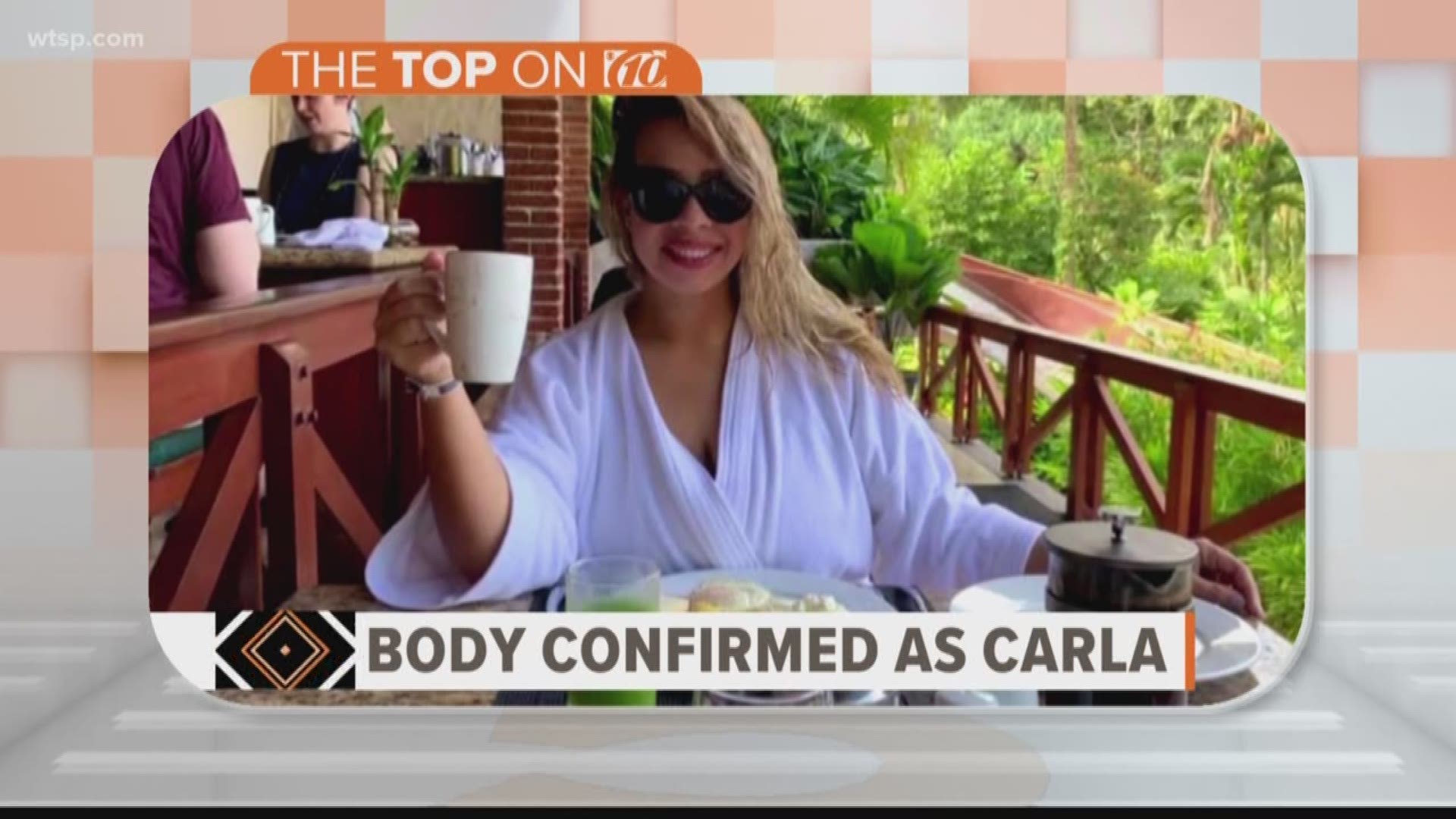 The father of Carla Stefaniak confirmed late Tuesday the body found near an Airbnb villa in Costa Rica is his daughter's, according to a Facebook post from Stefaniak's family.

"Carla’s father confirmed that the body belongs to Carla. It’s now official," the Facebook post reads. "Words cannot express the devastation within her family and friends.

"We want the world to know that we will never forget Carla."

The post on the Finding Carla page on Facebook says the family will release digital leads from the investigation and continue to ask questions about Stefaniak's murder.

Late Tuesday, Costa Rican authorities announced 32-year-old security guard Bismarck Espinoza Martinez was arrested in connection to the case. Martinez was staying a few apartment units over from where Stefaniak was visiting, the spokesman said.

In speaking with authorities during their investigation, the guard became their suspect given his conflicting stories. The stories also did not match security footage from the Airbnb, authorities said.

Several media outlets, citing Costa Rica authorities, reported Monday the finding of a body near the vacation property. It was found partially buried and inside plastic outside of San Jose, Costa Rica, CBS Miami confirmed.

Authorities said an autopsy would be performed to identify the body.